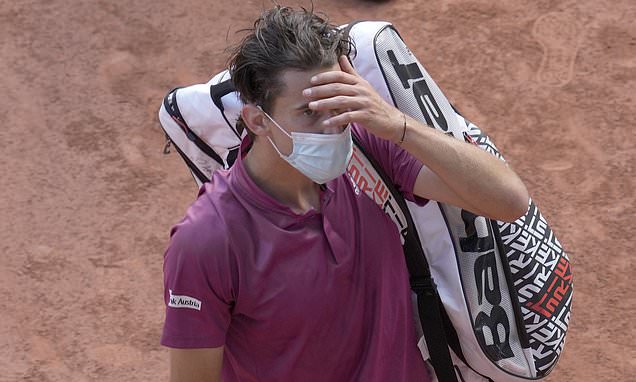 Dominic Thiem is DUMPED OUT of the French Open first round by veteran Pablo Andujar, with the two-time finalist blowing a two-set lead against the 35-year-old Spaniard at Roland Garros

Two-time French Open finalist Dominic Thiem was stunned by veteran Spaniard Pablo Andujar in the first round at Roland Garros.

Thiem has struggled for form since winning his first grand slam title at the US Open last summer but looked to be finding a way past Andujar when he opened up a two-set lead. 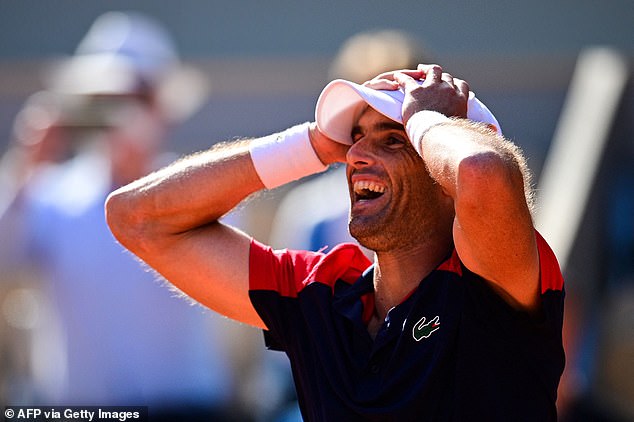 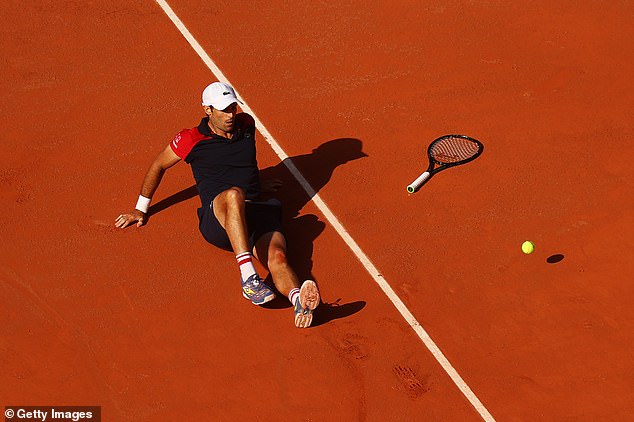 The veteran Spaniard won his first ever career match against a top-five player, at the age of 35

Thiem took a six-week break in March and April to step back from the demands of the tour and bubble life and must now reflect on a first opening-round loss at Roland Garros.

The 27-year-old, who was seeded fourth, has reached at least the quarter-finals on his previous five visits, losing to Rafael Nadal in the final in 2018 and 2019.

Thiem also lost meekly to Britain’s Cameron Norrie in Lyon last week and he was baffled by his performance, saying: ‘I was not struggling at all with my motivation but the game was just not there today.

‘All the shots are missing power. They are not accurate enough. I’m moving not well enough, so everything in my game, there are some percentages missing.

‘I don’t really know why, because since I stepped back on court it’s already two months, and I was really practising well, super intense as well. Shots were there in practice and it got also better in Madrid and Rome. 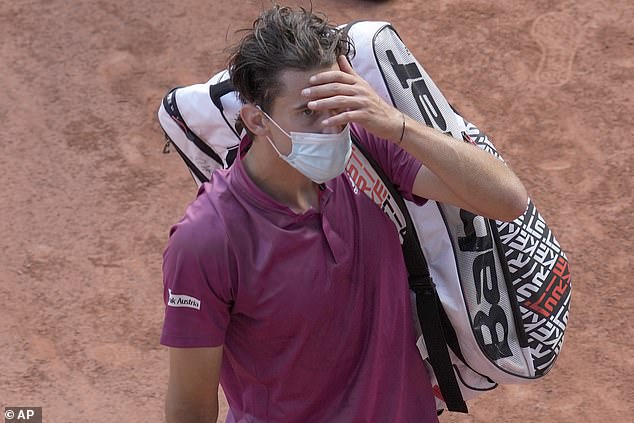 ‘But Lyon and here, the shots and all how I moved and everything was just not the real me, I would say, or my version who is able to play for big titles. It’s just not good enough at the moment. And it’s a very tough situation.’

Having fought so hard to win a slam title, Thiem is not the first player to find what comes next a good deal more tricky.

‘It’s amazing to reach such a big goal but, at the same time, something is different after,’ he said.

‘It’s a big learning process and, despite the loss, which hurts so much, I still hope I can bounce back stronger than before. But right now I don’t know when the moment is coming.’