Angelique Kerber produced a stunning display of defensive tennis to see off the big-hitting Naomi Osaka 6-4 5-7 6-4 in a classic Red Group encounter between the last two Grand Slam champions at the WTA Finals on Wednesday.

The victory evens up Kerber’s record at 1-1 in round robin play as Osaka slumped to her second straight defeat at the season ending event, leaving the U.S. Open champion on the brink of elimination from the eight-woman tournament.

‘I had my chances in the second set but she played some unbelievable tennis to win that one, and it felt like there was only one or two points in the decider,’ Wimbledon champion Kerber told reporters. 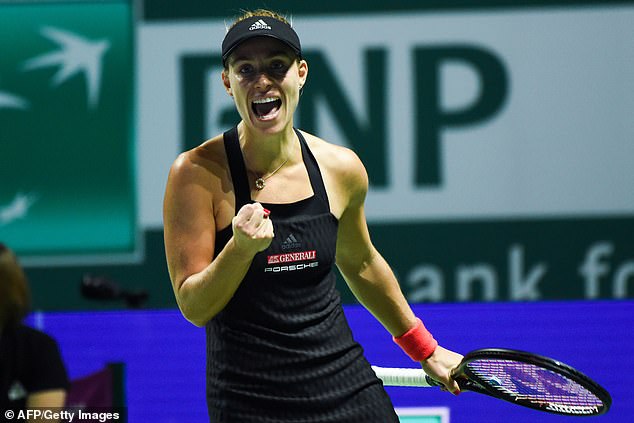 ‘It was great to win such a great match and to be able to look forward to another one in two days from now.’

Both players made tentative starts to a match that began with three consecutive breaks of serve in the German’s favour as Osaka looked to dictate with her power, while Kerber was content to counter-punch off the back foot and keep the ball in play.

Osaka fashioned five break points when Kerber served for the set at 5-4 but the German was able to stave off all of them with some gutsy tennis and sealed the opener with a booming serve. 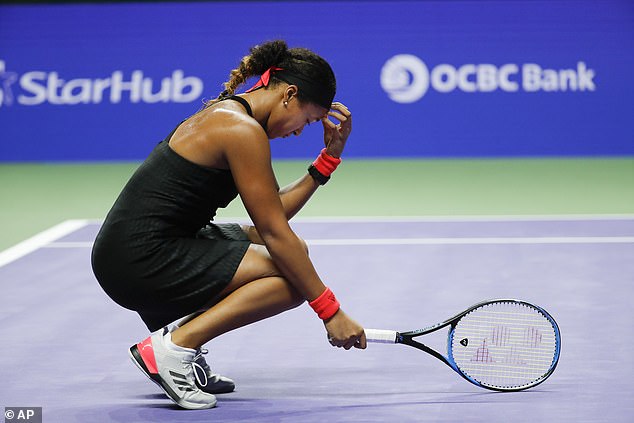 Osaka, who was very demonstrative as her frustration boiled over in her opening loss, was fighting to keep her emotions in check with every missed opportunity as Kerber battled back every time the Japanese player appeared to be in the ascendancy.

Osaka’s inability to make the most of her potent serve looked to have cost her the match when she was broken to love in the ninth game of the second set but the U.S. Open champion dug deep to reel off three games in a row and level the contest.

The third set was a war of attrition with both players stretching every sinew to hold serve until Osaka cracked first in the seventh game, gifting Kerber the crucial break with a slew of poor shot selections from 40-15 ahead. 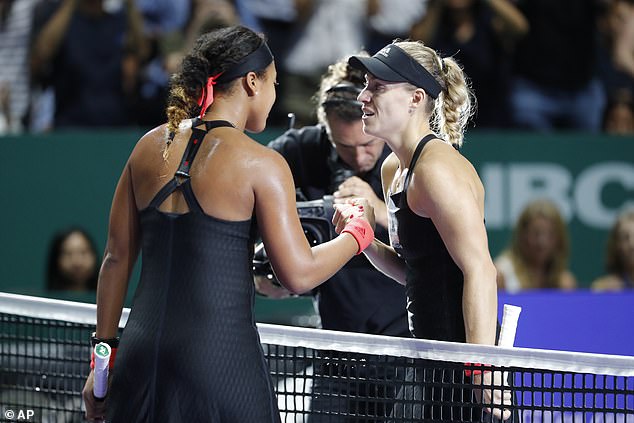 The duo embraced at the end, but Osaka is now relying on other results to progress

The break was enough for Kerber to seal a brilliant victory, with Osaka crushing a backhand into the net on the German’s first match point.

Red Group play continues on Wednesday with American Sloane Stephens taking on Dutchwoman Kiki Bertens in a battle between two women that won their opening matches in the tournament.

If Bertens beats Stephens, Osaka will be officially eliminated from the tournament. 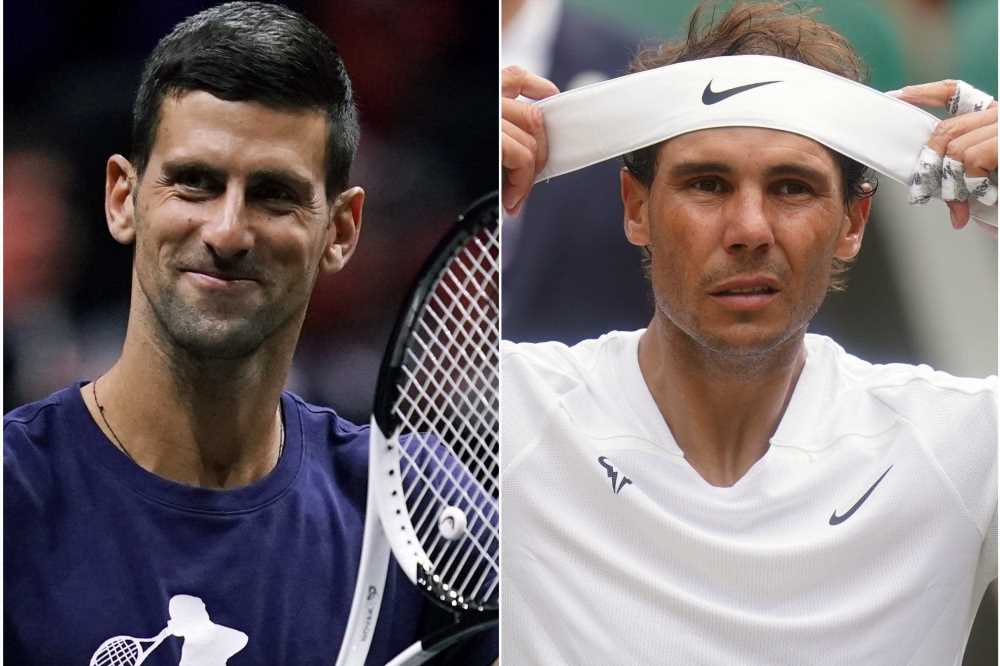 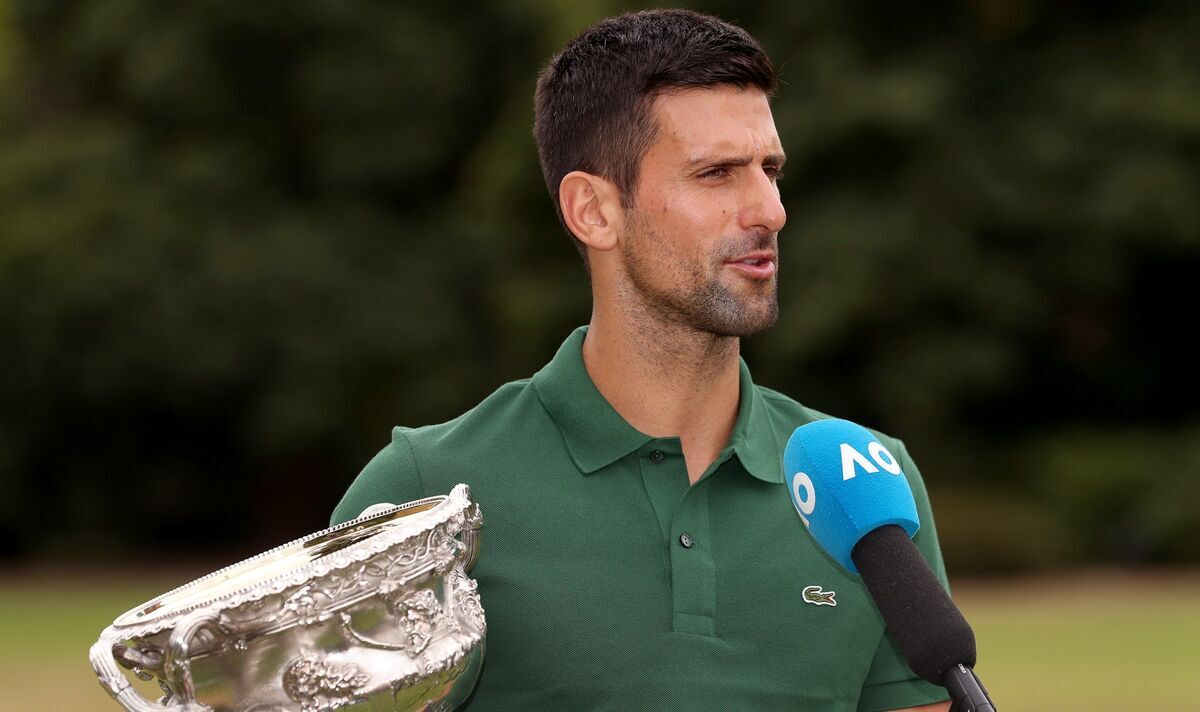 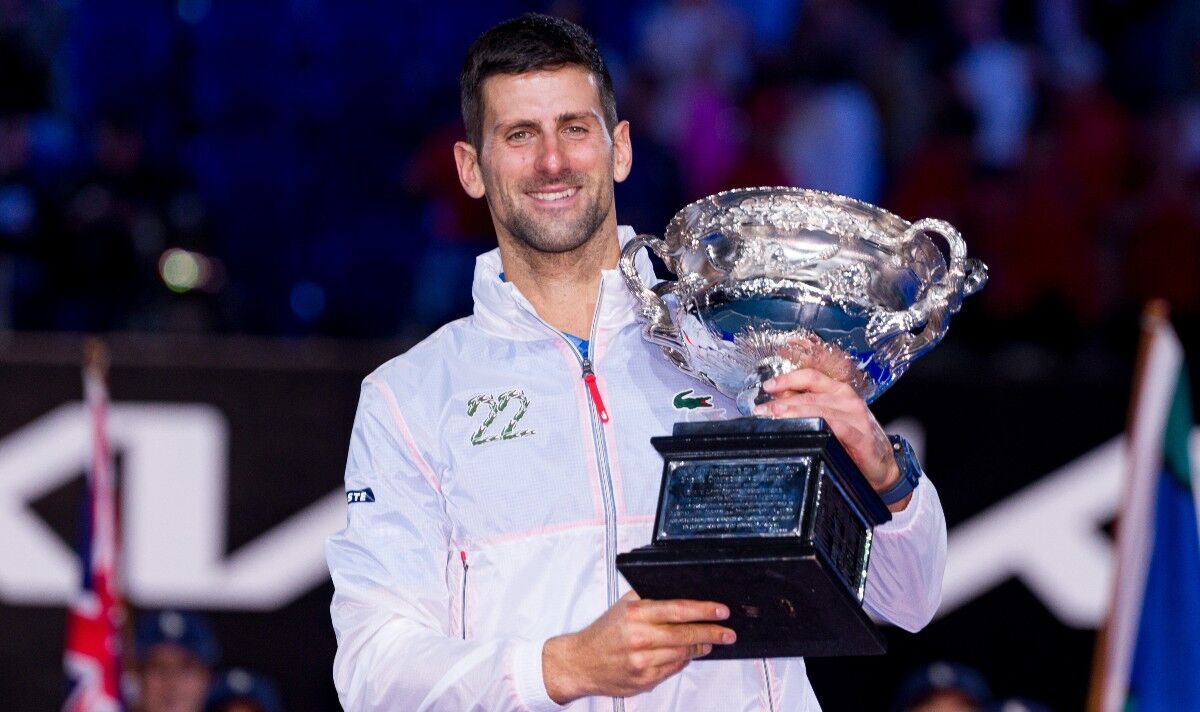