British No 3 Dan Evans put his Wimbledon disappointment behind him when returning to action at the Atlanta Open with a straight-sets win over Jason Jung.

Evans – who suffered a five-set loss to Joao Sousa at Wimbledon, so missing out on the chance to play Rafael Nadal in the fourth round – had too much quality for Chinese Taipei qualifier Jung as he progressed 6-1 6-1.

The 29-year-old, ranked 55 in the world, made the most of his first outing of the American hard-court season with three breaks in the opening set. 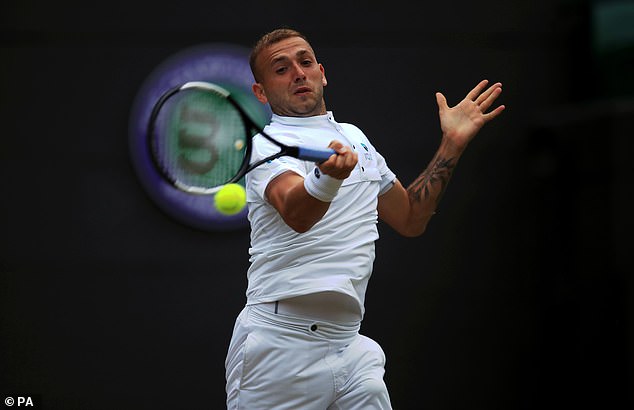 Dan Evans, pictured at Wimbledon, is back to winning ways after beating Jason Jung in Atlanta 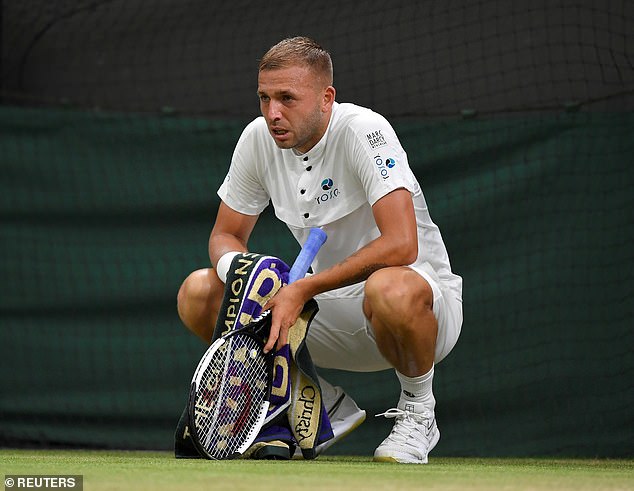 Evans showed no signs of letting up in the second, with Jung failing to hold serve twice again as the Briton moved to the brink of victory at 5-0.

Although Jung, the world 138, saved one match point on his next serve, Evans soon closed out what was a comfortable victory in just under an hour.

Evans will face either sixth seed Radu Albot or Tennys Sandgren in round two.