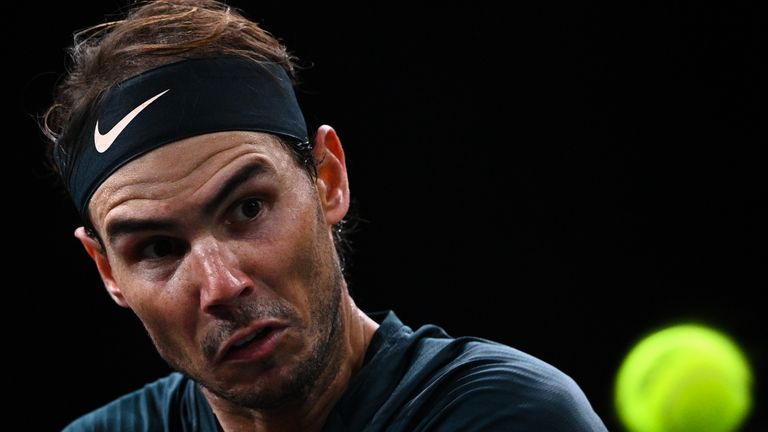 Rafael Nadal has been drawn in the same group as defending champion Stefanos Tsitsipas for the ATP Finals in London.

The tournament, which starts on Sunday, will be held behind closed doors for the 12th and final edition at The O2 Arena before it moves to Turin next year.

It is also the 50th anniversary of the first staging of the event, and the two round-robin groups have been named Tokyo 1970 and London 2020.

Joining Nadal and Tsitsipas in the London group will be US Open champion Dominic Thiem and Russian debutant Andrey Rublev.

Novak Djokovic, who is bidding for his sixth title, heads the Tokyo group and will take on Daniil Medvedev, Alexander Zverev and the second debutant, Diego Schwartzman.

The world No 1 holds a 39-3 match record this season and has qualified for this season-ending competition 13 times.

Matteo Berrettini, the 2019 qualifier, and Denis Shapovalov are first and second alternates in the singles field.

The doubles draw will not take place until the final team is known and that depends on the results at the Sofia Open.

Jamie Murray and Neal Skupski are bidding for the final place, as are Jurgen Melzer and Edouard Roger-Vasselin. For the British pair to qualify, they must win the title as well as Melzer and Roger Vasselin losing in the semi-finals.

When draw is made, the eight doubles pairings will be divided into Group Bob Bryan and Group Mike Bryan.