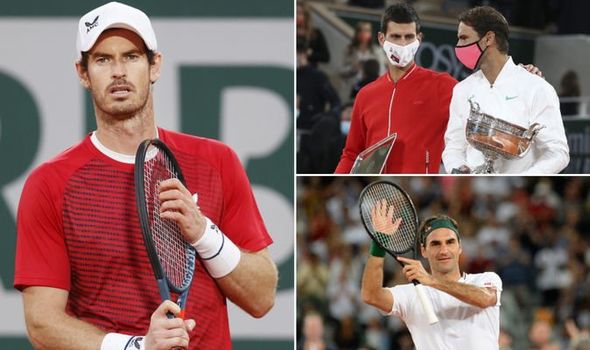 Andy Murray has predicted Rafael Nadal and Novak Djokovic are set to battle for the title of the greatest male player of all time. The Spaniard, 34, drew level with Roger Federer’s record of 20 Grand Slam singles titles with his 13th triumph at the French Open.

Australian Open champion Djokovic, 33, remains on 17 major titles. Federer, who turns 40 next year, has not played since the restart after undergoing knee surgery.

Asked who will finish with most Grand Slam titles, double Olympic champion Murray said:  “Providing they all stay fit and they all retire at the same age, then I’d think it would be between Rafa and Novak.

The Scot, who will return to action on Tuesday in bett1HULKS Indoors in Cologne against Fernando Verdasco, also praised Nadal’s latest French Open title. 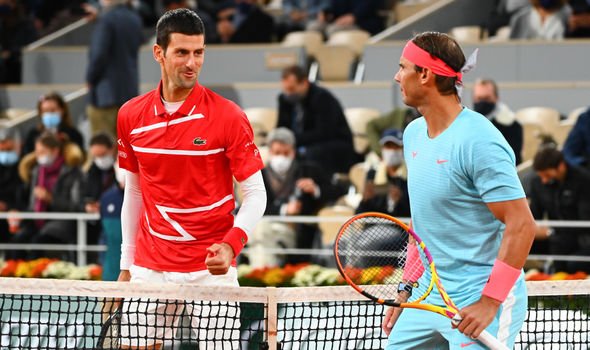 “It was an amazing achievement,” said the three-time Grand Slam champion. “For me I don’t think what he has done at Roland-Garros will ever be beaten.

“I don’t see anybody beating that. Obviously he could win another one and make it 14 or 15, whatever he finishes on.

“I mean he is one short of winning the same amount of Grand Slams as Pete Sampras did at one tournament! It’s incredible.

“I think it is one of the best records in sport, maybe the best. Nothing more to say on that. I don’t think it will ever be repeated.”

Meanwhile, Federer said of Nadal’s achievement as he paid tribute to his friend and rival: “I have always had the utmost respect for my friend Rafa as a person and as a champion.

“As my greatest rival over many years I believe we have pushed each other to become better players.

“Therefore it is a true honour for me to congratulate him on his 20th Grand Slam victory.

“It is especially amazing that he has now won Roland Garros an incredible 13 times, which is one of the greatest achievements in sport.

“I also congratulate his team, because nobody can do this alone. I hope 20 is just another step on the continuing journey for both of us. Well done, Rafa. You deserve it.”

Seven-time Grand Slam winner Mats Wilander, analysing the French Open final on Eurosport, has tipped Nadal to eventually be recognised as the ‘GOAT’.

He said: “I think today tells us that Rafa Nadal most probably has the best chance to go down as the greatest male tennis player of all-time.

“We have our doubts about Roger Federer of course, he can still win another one because he’s a genius. With Novak Djokovic being three behind now, he still has a good chance.

“With Rafa winning here now, it is probably giving him a couple of years to keep on going. 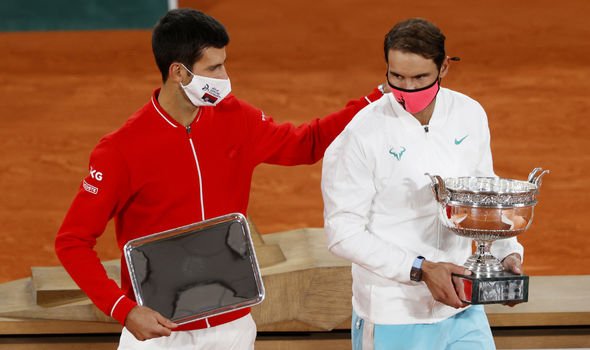 “Of course, it will hurt his confidence not having won at the US Open and then this defeat.

“But now he goes into training for the Australian Open where he becomes clear favourite – and he knows if he wins three Majors next year, which we predict every year will do, then he is up at 20 as well.

“Novak’s body and his game is more modern and I think he can stay longer.