Hopes that Andy Murray might be able to return to tennis have been strengthened after footage emerged of him hitting at the All England Club.

The venue was one of the outside green clay courts at Wimbledon, with the connection being that Nigel Sears, Murray’s father-in-law, is involved with the coaching of the two female players. 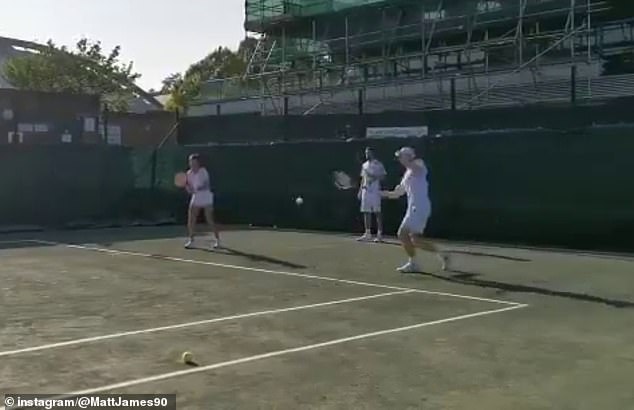 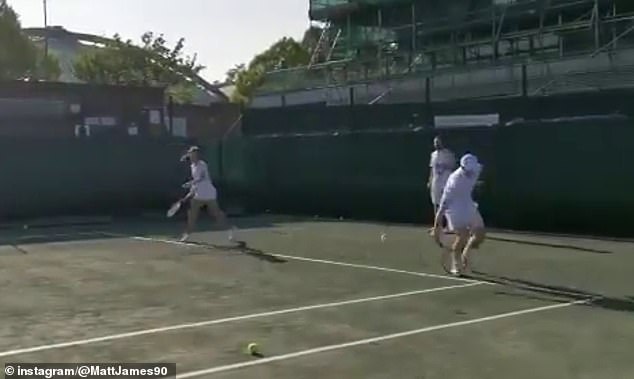 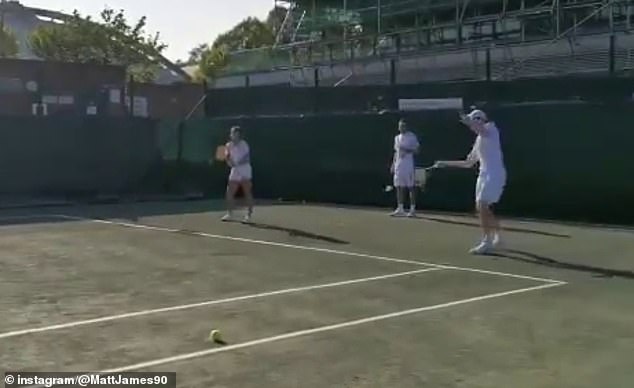 Stood on the baseline of a court, Murray was captured hitting some ground strokes in a rally

The pictures are fairly inconclusive, but the sight of Murray back on a tennis court following hip surgery will encourage those who want to see him back on the circuit, perhaps before the end of the year.

Murray had surgery on January 28 and on April 1 posted images of himself hitting against a practice wall. He has also shown himself playing golf.

While he keeps updates on his health sparing, it is generally a good sign of how optimistic he feels when he posts on social media, or allows others to do so. 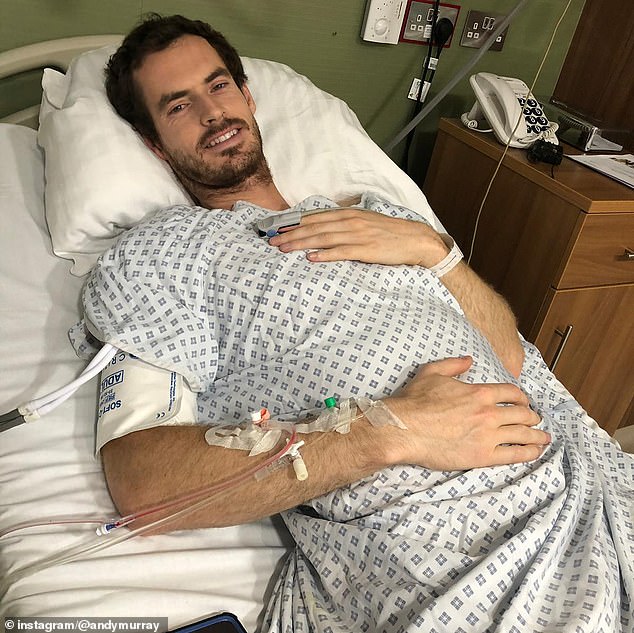 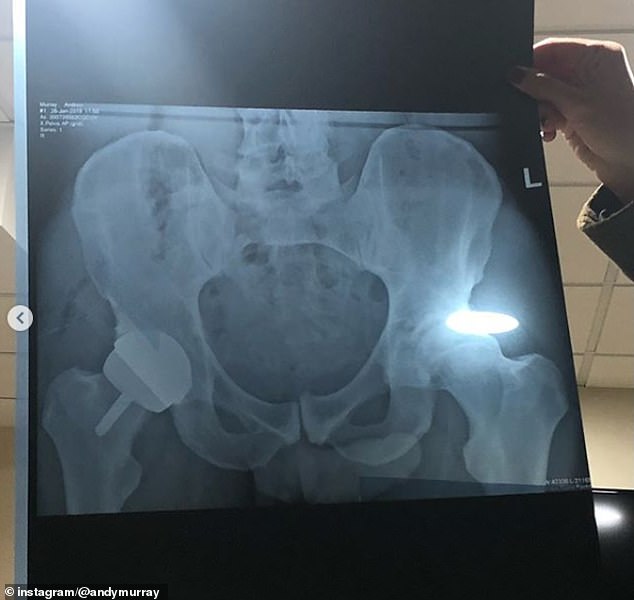 The Scot, who turns 32 next month, has said that he may attempt to play doubles as a first stage towards any return in singles.

American doubles specialist Bob Bryan is back playing after going the same operation.

With Wimbledon only ten weeks away it must be considered unlikely that he would be back in time for there, but he has made no secret of the fact that, despite the apparent farewells in Australia, he would like to play on if at all medically possible.