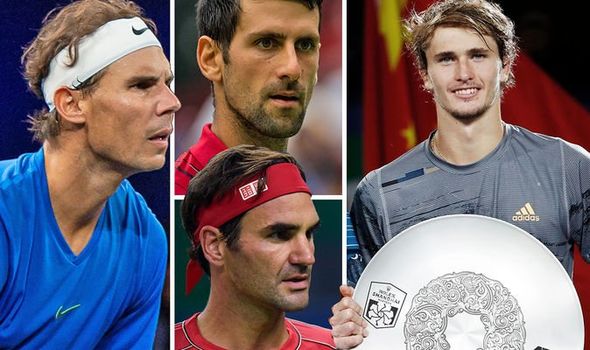 Alexander Zverev has revealed he is desperate to prove that the sport will be in “good hands” when Roger Federer, Rafael Nadal and Novak Djokovic decide to retire.

The ‘Big Three’ have been statesman for the sport throughout their careers with respect for officials, leadership and humility.

They have been keen to spread that wisdom to the young players, who will eventually take over the mantle in the coming years.

And it appears the modest actions of Federer, Nadal and Djokovic have had an impact on Zverev.

Zverev is yet to reach a Grand Slam final but has three Masters 1000 titles and won the ATP Finals in 2018.

The German is a well-liked character on and off the court and is part of a group of players striving to replace Federer, Nadal and Djokovic.

Speaking after defeat in the Shanghai Masters to Daniil Medvedev, Zverev was asked if he felt a responsibility to set a standard and show maturity.

And the 22-year-old said: “Yeah a little bit. For me, the difference now this year [over] the last few years was I was the only young guy up there. 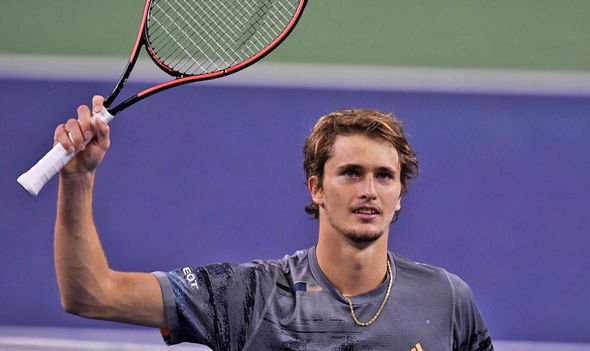 “Now I see the other young guys and I see there is still a difference in how we act on court, behave and our manners to the other guys.

“Before I didn’t pay attention to it because I was kind of the only one. The rest was fine. Nobody really cared about it.

“Now I really do because I love this sport of tennis in general and I want it to be in good hands.

“I want it to be [that] when Roger, Rafa and Novak retire, I want them to know it is in good hands.

“So I hope, we as young guys kind of understand and learn that.

“Then I think tennis will be just as interesting as it is now. The Roger fans, the Rafa fans will fall in love with new players.

“But if we learn the good things about those guys, I think the sport of tennis will be in very good hands.”