‘I cannot come for anything else’: Zlatan Ibrahimovic reveals he is open to a PSG return – but only as manager

Zlatan Ibrahimovic has claimed former club Paris Saint-Germain want him to return to the club – but he would only be interested in the top job.

And while the ex-Manchester United striker is still playing for LA Galaxy in the MLS, he admitted he is starting to give thought to his retirement plans. 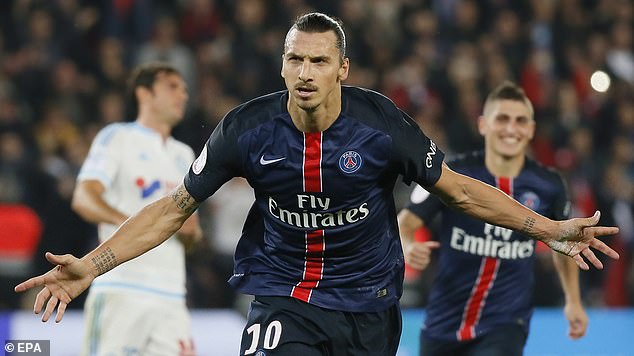 He told L’Equipe: ‘At PSG, they want me to work for the club.

‘If I come back to PSG, it’s to be the boss. I cannot come for anything else. The only way to make me come, that will be it.

‘There are no other possible positions for me. But it’s not for now, I’m an active player and I still want to play. When I choose what I want to do, I will inform the world.’

Ibrahimovic won Ligue 1 on four occasions, before moving to the Premier League with Manchester United. 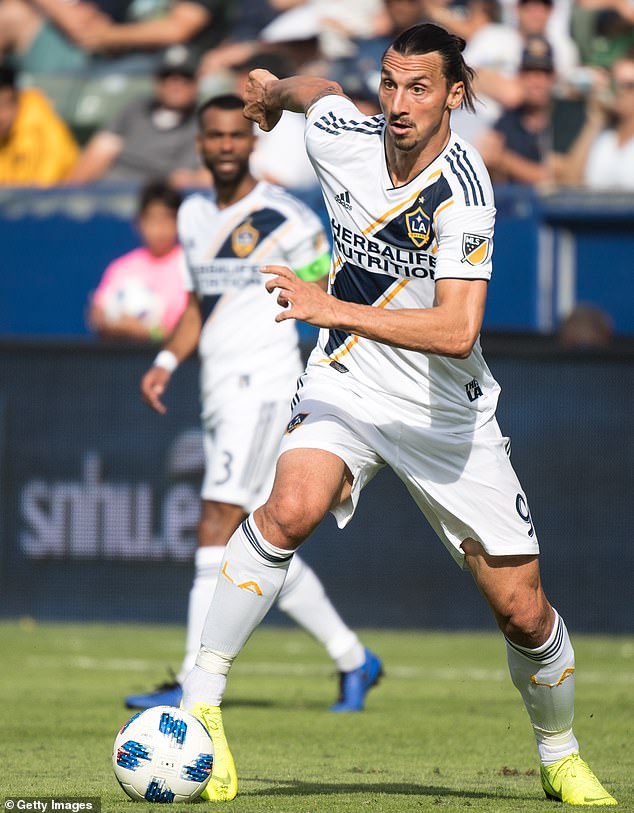 And while he has starred for LA Galaxy this year, he refused to rule out a temporary return back to europe during the MLS off-season.

‘I do not know what I’m going to do. I know that many European clubs are interested, but I am happy here, I love my life, my family too. And I need a challenge, a reason to keep playing.

‘I do not want to come to a club just because I’m Zlatan Ibrahimovic. I want to arrive and make a difference. That’s what I’ve always done, everywhere.’