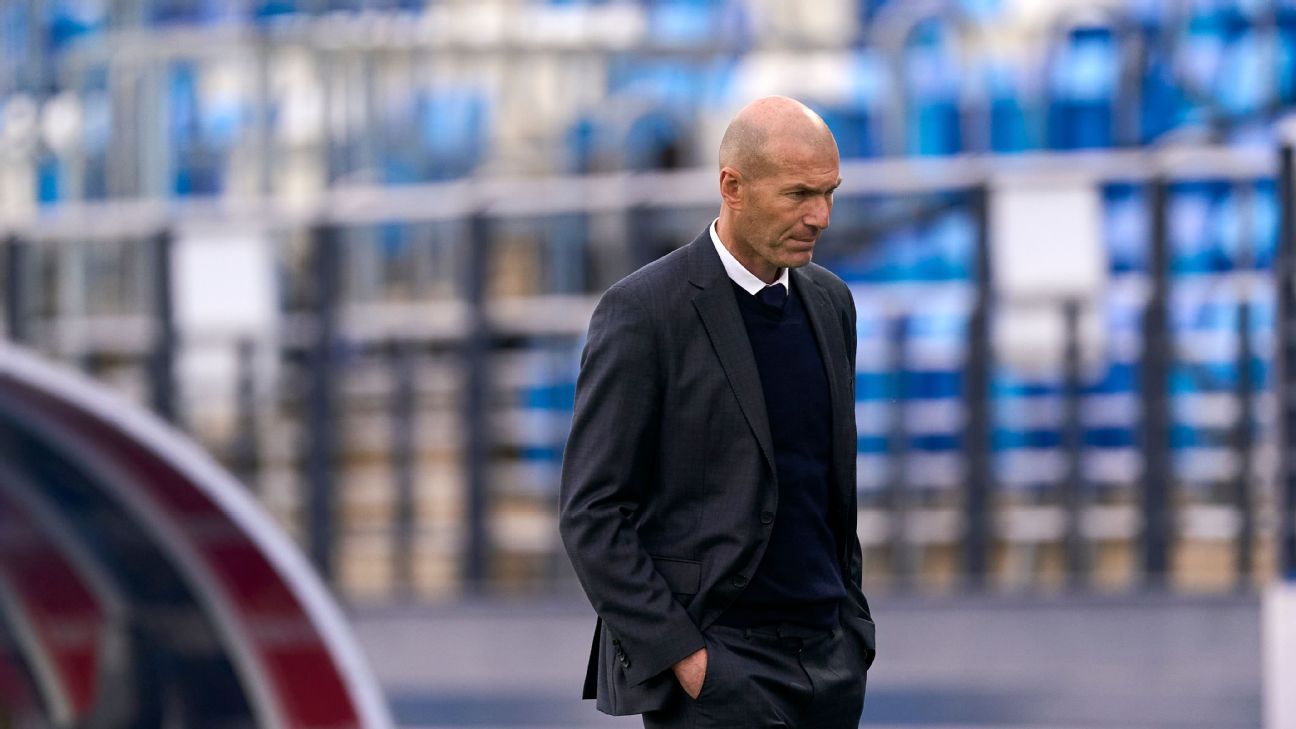 Zinedine Zidane has criticised Real Madrid and the club’s president Florentino Perez in an open letter, blaming a lack of “trust” and “messages leaked to the media” for his decision to quit as head coach.

Zidane resigned last week after two years in the job in his second spell in charge, following his failure to land a trophy during the 2020-21 season.

He had not spoken publicly about his reasons, with no farewell news conference — until a surprise move on Monday, when he wrote an open letter published in the Madrid-based sports newspaper Diario AS.

“I’m leaving, but I’m not abandoning ship and I’m not tired of coaching,” Zidane said. “In May 2018 I left because after two-and-a-half years, with so many victories and so many trophies, I felt that the team needed something new to stay on top. Today things are different. I’m leaving because I feel the club is no longer giving me the trust I need, it isn’t offering me the support to build something medium-to-long-term.

“I know the demands at a club like Madrid, I know that when you don’t win you have to go. But a very important thing has been forgotten here… I’m a born winner and I was here to win trophies, but beyond that are human beings, emotions, life, and I have the feeling that these things haven’t been valued.”

Zidane signed for Real Madrid as a player in 2001 and spent five years at the club before announcing his retirement. He later returned as an advisor to Florentino Perez, became assistant coach to Carlo Ancelotti, and managed reserve team Castilla, before taking over the first team in January 2016.

He won three consecutive Champions League titles from 2016 to 2018, resigned, and then returned 10 months later.

His second spell was more challenging, coming under pressure during 2019-20 — before bouncing back to win the league for the second time as coach — and then again after defeats in La Liga and Europe in October and December 2020.

“I want what we’ve done together to be respected,” he continued. “I would have liked my relationship with the club and the president in recent months to have been a little different from that of other coaches. I wasn’t asking for privileges, of course not, but rather a bit more memory. Today the life of a coach on the bench of a great club is two seasons, not much more. For it to last longer, human relationships are essential.

“That’s why it hurt me a lot when I read in the press, after a defeat, that they were going to sack me if I didn’t win the next game. It hurt me and the whole team because these messages, intentionally leaked to the media, created negative interference with the staff, they created doubts and misunderstandings.”

Zidane praised his players — describing them as “fantastic lads who were with me to the end… when things got ugly, they saved me with great victories” — and reiterated his thanks to Perez for bringing him to the club.

“Spending 20 years at Madrid has been the most beautiful thing that has happened to me in my life,” he said. “I know that I owe it exclusively to Florentino Perez who took a gamble on me in 2001, who fought for me, to make me come when there were certain people who were against it. I will always be grateful to the president for that. Always.”

The French coach, who clashed with the press last season when his position was at risk, also slammed the media’s focus on “controversy.”

“I’ve done hundreds of news conferences and unfortunately we’ve spoken very little about football,” he said. “Without meaning to criticise or teach you lessons, I would have liked it if the questions weren’t always directed towards controversy, that we would have talked more often about the ball and above all about the players, who are, and always will be, the most important thing in this game.”

Real Madrid are yet to appoint a successor to Zidane ahead of next season.

ESPN has reported that Massimiliano Allegri was a leading candidate before choosing to re-join Juventus, and club legend Raul Gonzalez has been under consideration, with other names also on the shortlist.