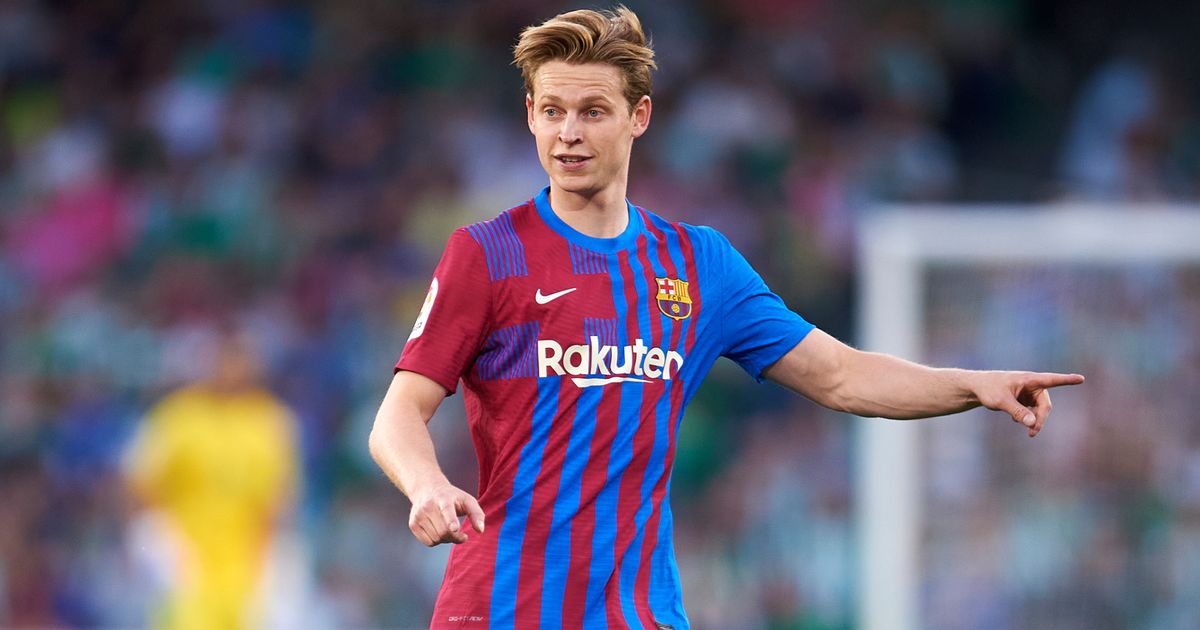 Xavi has handed Manchester United a major boost in their pursuit of Frenkie de Jong after admitting that the Barcelona star could leave this summer.

The Netherlands international is one of several midfielders being tipped to make the move to Old Trafford in the transfer window ahead of Erik ten Hag's arrival. The Ajax boss will replace interim coach Ralf Rangnick at the end of the season.

And the 52-year-old already has a number of top transfer targets as he looks to revolutionise United – who have had a nightmare season and will miss out on Champions League football next year. Midfield is an area that is in need of immediate surgery and Ten Hag reportedly wants to bring in a familiar name.

De Jong worked with the Dutch coach at Ajax and was part of the team that reached the Champions League semi-finals in 2019. Barcelona beat the likes of Paris Saint-Germain, Manchester City and United to his signature that year in the transfer window but three years on, a departure is on the cards.

With the Blaugrana still in a precarious financial situation, Xavi has admitted that a transfer away might be out of his hands due to the size of fee that he could command. He said: "For me he is a very important player. He has been a starter almost all the time.

"He is a fundamental footballer but then there is the economic situation, on which we all depend. We need to know the financial situation in order to make some decisions and then we will take one decision or another – I don’t mean with Frenkie – I mean in general.

"He is a player that I like a lot, but we will see what the situation is."

While Xavi might have opened the door to a potential move away, United still have several hurdles to clear if they are to persuade the 25-year-old to move to Old Trafford. The first is the fee mentioned, which has been reported to be as high as £70million, and would take a significant lump of Ten Hag's transfer budget this summer.

But most difficult is the player's own thoughts, who is not keen on moving to a club without Champions League football while his priority would be to stay at the Nou Camp. If he does decide to leave, it would be hard not to imagine a long list of teams queueing up for his signature.