Embarrassing moment Milan teenager posed for selfie with Cristiano Ronaldo only to be unwittingly photobombed by a naked Giorgio Chiellini!

So excited was Raoul Bellanova to post his selfie with Cristiano Ronaldo, he was blissfully ignorant of the entire contents of the photo.

Following Juventus’s 2-0 win over Milan at the San Siro on Sunday, the youngster, who did not make it off the bench in the clash, made a beeline for the away dressing room.

He sought out Ronaldo and the five-time Ballon d’Or winner agreed to take a photo with the Milan prodigy. 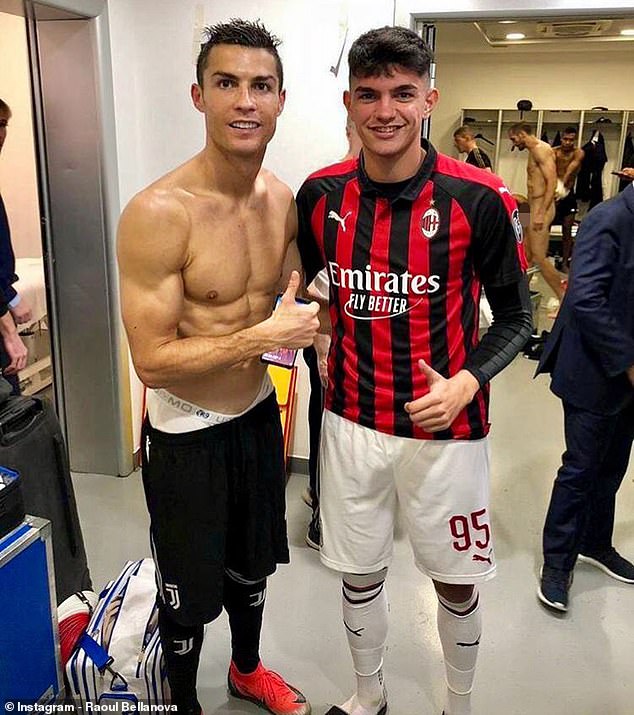 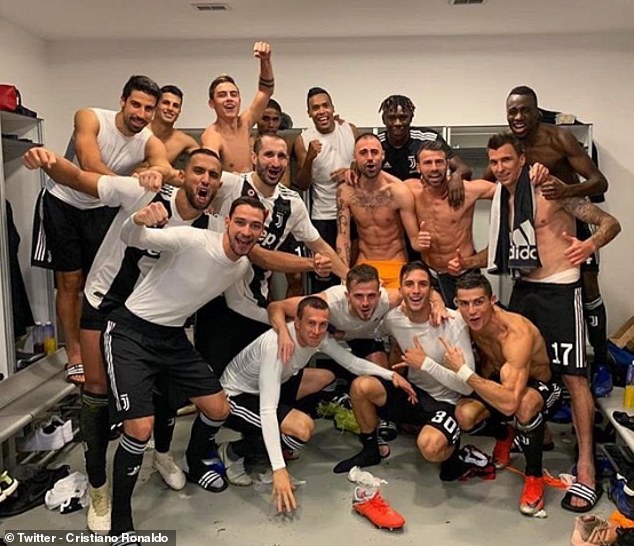 Moments before the photo with Bellanova, Ronaldo took this of the victorious Juve team

Unbeknown to Bellanova, however, a handful of Juve stars were showering and getting changed following the hard-fought win over their Serie A rivals.

One glaringly conspicuous feature in the background of Bellanova’s photo, unfortunately for him, was a completely naked Giorgio Chiellini.

Upon uploading the photo, many pointed out that Chiellini’s manhood was in full view, which prompted the 18-year-old to swiftly take it down from his Instagram account. 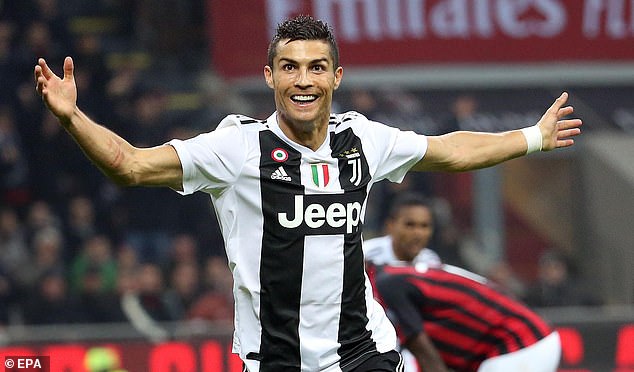 On the pitch, Ronaldo scored Juve’s second goal in their 2-0 win over AC Milan at the San Siro

Bellanova has since posted on Instagram to apologise for the mishap. He wrote: ‘I am deeply sorry for what came out on social media at this time. I apologise first of all with Giorgio Chiellini, it was not my intention.

‘I assure him and all the football fans that I just took a picture with a great champion, but I did not post anything on my social media, nothing on my profile nor on my stories, nor would I do it after a defeat, the smile of photo is for making a little dream.

‘I made the only mistake, which I regret, that I shared the photo with some friends, who shared it, without having checked it first.’

The promising right back is progressing well at the San Siro and has been named on the bench for Milan for their last three Serie A matches.

In the future, however, he will hope to be making headlines for what he does on the pitch rather than his gaffes off it.