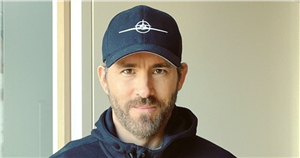 Dean Keates has been sacked by the Welsh club after they failed to qualify for the play-offs, despite fate being in their own hands going into the final game of the season.

Wrexham missed out on a spot in the top seven of the National League by just one point.

But they found themselves unable to break down Dagenham and Redbridge on the final day of the season, only drawing 1-1, allowing Bromley to leapfrog them in the table.

Reynolds and McElhenney, the A-list actors, took over Wrexham earlier this season in one of the most incredible sporting takeovers in recent memory. Their goal is to ultimately lead Wrexham up through the ranks and return them to the Football League for the first time in 14 years.

But they have now decided to make their first big decision as owners.

McElhenney and Reynolds said: “We would like to thank Dean, Andy and Carl for all their efforts on behalf of the Club, in what at times were challenging circumstances.

“We are committed to returning the Club to the EFL at the earliest opportunity and feel that a change of manager will provide us with the best chance of achieving that objective.

“Dean, Andy and Carl will always be welcome at the Club.”

Reynolds and McElhenney’s mission statement which was released after the announcement of their takeover outlined three clear goals – and hinted at the fun ahead for fans.

They want to invest in a permanent training facility, explore the renovation of the Racecourse Ground, and they cheekily added they aim to always beat rivals Chester.

But Reynolds and McElhenney’s Wrexham journey might not be as smooth sailing as they first hoped after this weekend's result.

Keates, who was in his second spell as Wrexham manager, returned to the club in 2019 after a season in charge of Walsall.

It is unclear if Reynolds and McElhenney have an ideal replacement in mind.