LIVE: Hollywood A-listers Ryan Reynolds and Rob McElhenney neck shots with the locals as they prepare to face the media at Wrexham for the first time since buying the non-league club

Hollywood stars Ryan Reynolds and Rob McElhenney have been pictured taking shots as they prepare to give their first press conference at Wrexham.

The pair took over the non-league side back in February and watched their first game in person during Tuesday’s 3-2 defeat to Maidenhead.

Reynolds and McElhenney are now in North Wales and despite their media duties, they have been able to enjoy themselves by having a drink at the Racecourse Ground.

They are expected to be present for Saturday’s visit of Torquay United and a viewing platform has been built for the owners into the Macron Stand.

Follow Sporstmail’s Kieran Lynch for live updates as Wrexham’s celebrity co-owners make their first official appearance in front of the media at the Racecourse Ground. 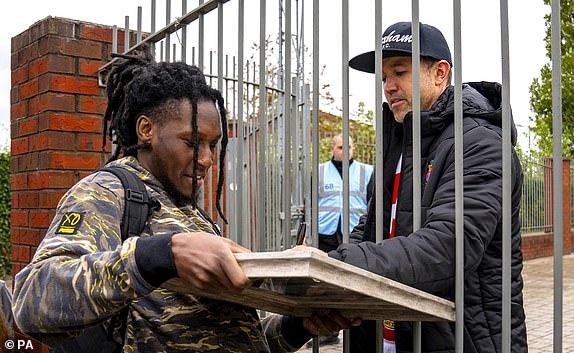 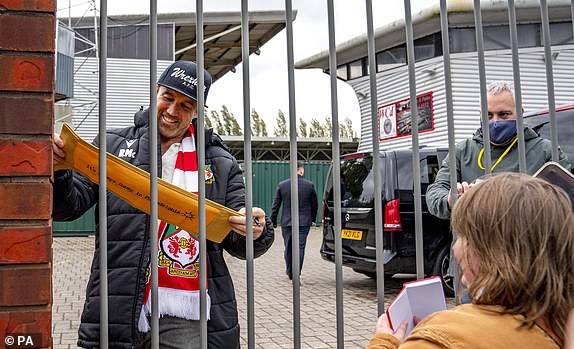 Nathan Salt: ‘Musical chairs here for the last 20 minutes which isn’t a good look for such a big occasion.

‘Written press have been pushed behind cameras without a view before being moved.

‘Sky, BT, BBC and other broadcasters all getting a bit testy trying to get the best position. The stadium has never seen such activity.’

Rob McElhenney made the most out of his chance to meet the players deciding to take on goalkeeper Rob Lainton from the penalty spot.

The Wrexham co-owner got the better of the goalkeeper to find the back of the net and the two embraced afterwards.

Away from the media buzz there was also a training session at the ground today as there is the little matter of Torquay United’s visit to Wrexham on Saturday at 3pm.

Wrexham’s official Twitter account has posted images from the session which includes one of Reynolds speaking to one of the club’s players.

It’s safe to say Wrexham will have rarely seen the amount of press attention they have got today at the Racecourse Ground.

Nathan Salt has reported: ‘Quite the hustle and bustle for position with the press conference being held in the Macron Stand opposite the dugouts.’ 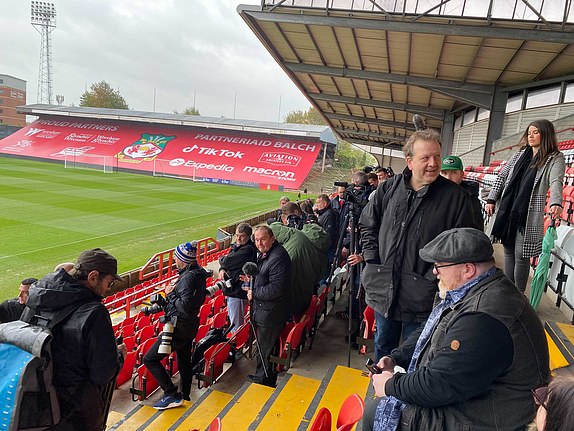 Our reporter at the scene Nathan Salt has said that despite the rain pouring down in Wrexham today, fans have been waiting since 10am just to get a glimpse of Ryan Reynolds and Rob McElhenney on their arrival.

A whole five and a half hours before the press conference is scheduled to get underway at 3.30pm!

The thought of a Hollywood duo owning your club would seem surreal to any club.

Their takeover of Wrexham has brought a lot of excitement to the large market town in the North Wales.

Not often fans of non-league sides will get the chance to have a picture with an A-lister outside the stadium! 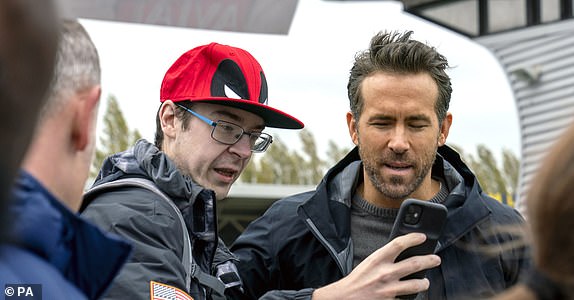 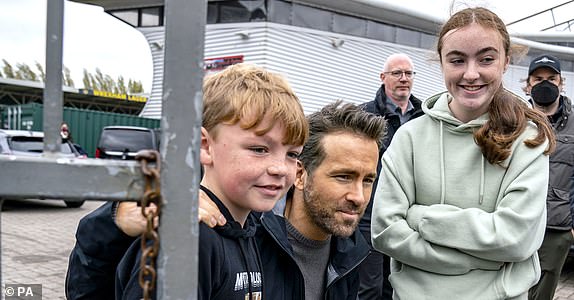 After Tuesday’s trip to Maidenhead, the Hollywood pair travelled straight to Wrexham the following day to see the Racecourse Ground up in person.

McElhenney who was a supporter of the club even before the takeover took to social media to speak about what was a special moment for him. He wrote: ‘The emotion of the moment had just overwhelmed me. This whole experience has been beautiful. Thank you @wrexham_afc

Whether Ryan Reynolds ever watched Wrexham before the takeover seems highly unlikely but going off his response to his first visit to the Racecourse Ground, Wrexham is the only place to be!

The press conference is expected to get underway at 3.30pm which has given the pair plenty of time to enjoy themselves and even have a drink before it gets underway.

If they had many more of those it would make an already unique press conference even more fascinating to watch!

Their first visit to Wrexham comes after a surprise appearance where they saw the non-league side play Maidenhead on Tuesday night.

The result didn’t go quite to plan as they suffered a 3-2 defeat but going off McElhenney’s post-match Twitter message he wasn’t too disappointed!

A victory against Torquay on Saturday would be the perfect way to celebrate their first home game at the Racecourse Ground.

Good afternoon and welcome to Sportsmail’s live coverage as Hollywood stars Ryan Reynolds and Rob McElhenney meet the media for their first press conference since their stunning takeover of Wrexham.

It feels like quite some time since the stunning announcement that they had bought the club back in February.

And after issues with travel and conflicting schedules the pair have finally been able to find the time to visit the United Kingdom and visit Wrexham for the first time since they invested £2m into the non league side.

We will provide you all the updates from the build-up to the press conference as well as what they have to say as they speak from the Racecourse Ground for the very first time. 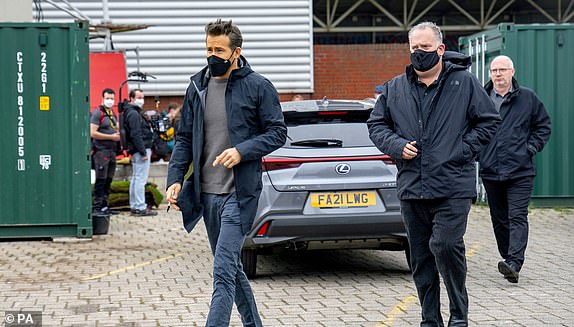 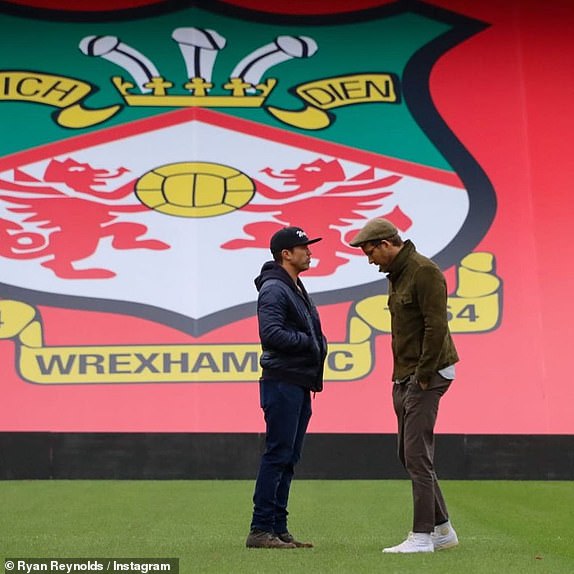