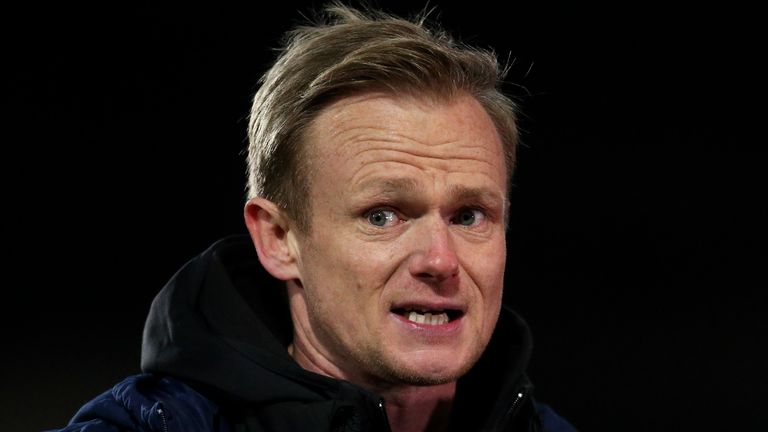 Wrexham are looking for a new manager after Dean Keates was relieved of his
duties following the club’s failure to reach the National League play-offs.

The Dragons, who are owned by Hollywood duo Ryan Reynolds and Rob McElhenney, missed out on a top-seven spot after drawing 1-1 at Dagenham on Saturday.

Keates, his assistant Andy Davies and first-team coach Carl Darlington were all out of contract this summer and have been informed their deals will not be renewed.

Actors Reynolds and McElhenney, who completed a takeover of the club in February, said in a joint statement: “We would like to thank Dean, Andy and Carl for all their efforts on behalf of the club, in what at times were challenging circumstances.

“We are committed to returning the club to the EFL at the earliest opportunity and feel that a change of manager will provide us with the best chance of achieving that objective.

“Dean, Andy and Carl will always be welcome at the club.”

Keates took over as manager at the Racecourse Ground for the second time in 2019 and guided Wrexham to a 20th-placed finish in the National League last season and they finished one point outside the play-off spots this term.

Meanwhile, the financial impact of the coronavirus pandemic was revealed earlier this week for Wrexham with the club having posted £740,000 losses for the 2019/20 season.