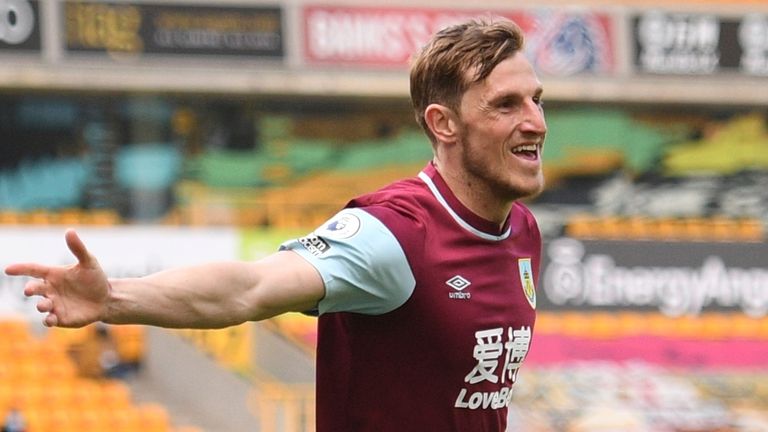 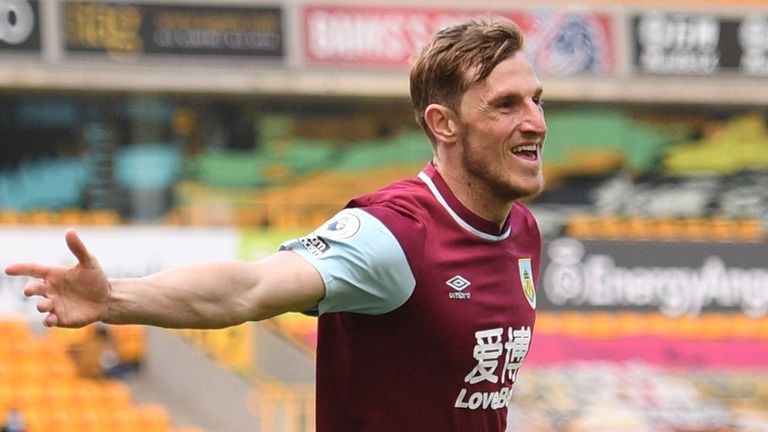 Burnley took a huge step towards Premier League safety as Chris Wood’s first-half hat-trick set them on their way to a 4-0 win over Wolves at Molineux.

Wood twice capitalised on errors in a hapless Wolves defence inside the first half an hour of the match before completing his hat-trick before the break to put the result beyond doubt.

Sean Dyche’s side have let a number of leads slip in recent weeks but Ashley Westwood’s late strike capped an emphatic performance that surely ends any relegation fears as they move nine points clear of Fulham.

Man of the match: Chris Wood

Burnley looked the more aggressive team from the outset, their hunger palpable, while Wolves were off the pace. There was a warning of what was to come just moments before the opener.

Willy Boly’s header back to Rui Patricio was misjudged and there were calls for a penalty as only a last-ditch tackle by the Ivorian prevented Matej Vydra from finding the net.

But there was to be no reprieve when Boly erred again soon after, missing his header completely before Wood did superbly to outfox Conor Coady and slam a fierce shot low into the corner. 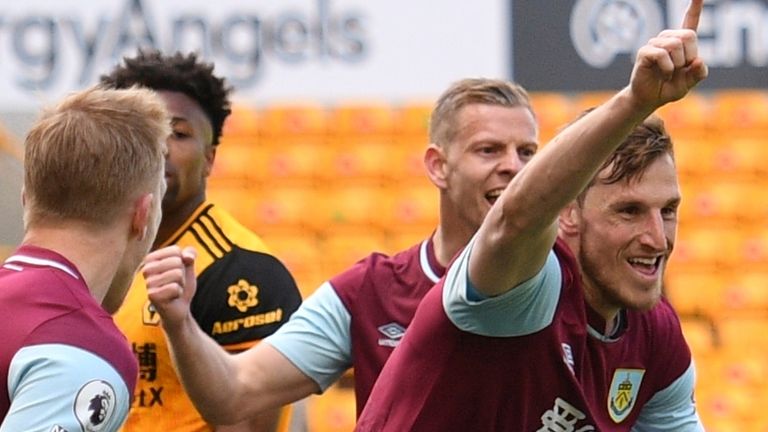 Burnley were buoyed by that and six minutes later they doubled their lead after more slack play by the home side when Adama Traore’s lay-off was sharply intercepted by Dwight McNeil.

Nelson Semedo had been on his heels and all McNeil had to do was to square the ball for Wood to slot in for his second of the afternoon and the New Zealander’s ninth of the season.

One change for Wolves as Ruben Neves returned to the starting line-up after missing the victory over Sheffield United having tested positive for Covid-19. He replaced compatriot Joao Moutinho, the veteran dropping out of the squad.

Burnley were boosted by the return of Nick Pope in goal after missing the previous two matches because of injury. Matej Vydra was also restored to the team to partner Chris Wood in attack.

Wolves were overrun by that point, the Burnley full-backs advancing with real purpose, and Vydra had a wonderful opportunity to make it three soon after only to volley over from close range.

Traore escaped further punishment for raising his hand in the face of Jack Cork following a scuffle in the Burnley box as Daniel Podence went to ground but the respite for Wolves was only temporary.

Just before half-time, a needlessly conceded corner brought Wood’s third, nodding in McNeil’s whipped cross to become only the second player to score a Premier League hat-trick for Burnley.

If Wolves were hoping for the momentum to change in the second half, there was little sign of it. Vydra appeared to have made it four, rounding Patricio only for a VAR review to rule him offside.

Semedo was sacrificed with Traore switching to wing-back but that only allowed McNeil greater freedom to attack down the left, while Matt Lowton continued to enjoy himself on the right.

The full-back crashed a long-range effort low towards the corner that Patricio had to tip around the post as Burnley went in search of the fourth goal, their intensity only growing with confidence up.

It finally came after more good work from Wood, dribbling across the face of goal before setting up Westwood, whose powerful drive flew beyond Patricio and into the Wolves net once again.

It was no more than Burnley deserved, lifting them up to 14th at the final whistle, their dalliance with the drop surely over following this most convincing of wins.

Regardless of the circumstances of their season, it is a huge game for Wolves next up as they travel to the Hawthorns for the Black Country derby against West Brom on Monday Night Football.

Burnley are also in action on that Monday Night Football as they host West Ham, before they go to Fulham on the following Monday in a game that no longer looks as daunting as it once did.