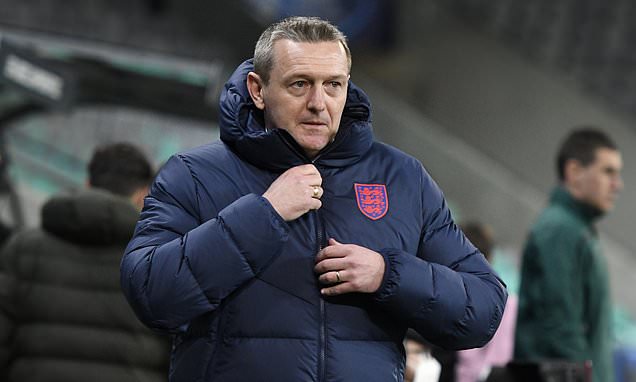 As England’s star-studded U21s head for another early exit from European Championship after Portugal defeat, Aidy Boothroyd is a beaten man and the blame is FIRMLY at his door

Eddie Nketiah fronted up in the immediate aftermath of another uncomfortable night for England’s Under 21s and the sentiment was admirable. The blame, he insisted, should be shared.

‘Aidy (Boothroyd) has obviously done brilliantly for all of us and, when we’re winning in qualifying, there’s not as much (scrutiny) on him,’ said Nketiah. ‘The players have to look at ourselves first before we blame anyone else.’

Ultimately, though, responsibility for this wearisome week — two European Championship defeats from two, no shots on target from open play — lies with the man in charge. Even if England do make it through on Wednesday, which is highly unlikely, the deep-rooted problems need fixing before the knockout stages. 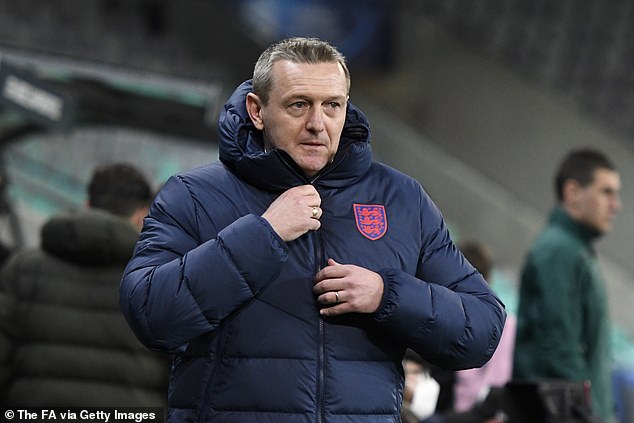 Goalless and pointless, England are heading for another early elimination, barring a two-goal victory over Croatia and help from elsewhere. It is a carbon copy of the dismal 2019 tournament, before which Boothroyd was handed a new two-year contract, one of Dan Ashworth’s final acts as technical director.

As with everything, the reasons behind disappointment are plentiful. Around the camp, observers are baffled by the negativity of the performances, some asking why Boothroyd persists with two holding midfielders inclined to do the same job.

There are questions about the set-up for last Thursday’s horror show against Switzerland. England started with a back three, something that was prevalent through qualifying, but there are wildly different styles in that formation.

England’s wing backs, Max Aarons and Dwight McNeil, were instructed to take throw-ins rather than the wide centre halves. That in itself sent a signal about how England were approaching opponents they should have beaten. McNeil is the team’s most consistent Premier League performer in attacking areas, yet started out of position. 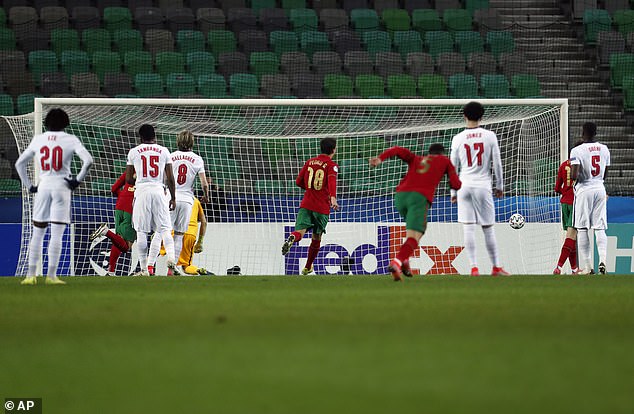 ‘Too safe’ and ‘too cautious’ were the buzz phrases afterwards. The ‘Hoofroyd’ moniker, a nod to tactics employed in club management, is not applicable but equally Boothroyd has failed to coach good individuals to play fast, attractive football against similar opposition. The glut of goals and wins over minnows in qualifying often masked obvious fragilities.

‘We need to speak about how to take more risks,’ said Nketiah, the captain. ‘We’ve got the quality but it’s about producing.’

A frustrated Nketiah was seen shouting ‘lift it’ at half-time of the Switzerland game but England did not lift it. Boothroyd admitted after the Portugal loss that he did not know how he would pick the players up. Inspiration has been lacking. 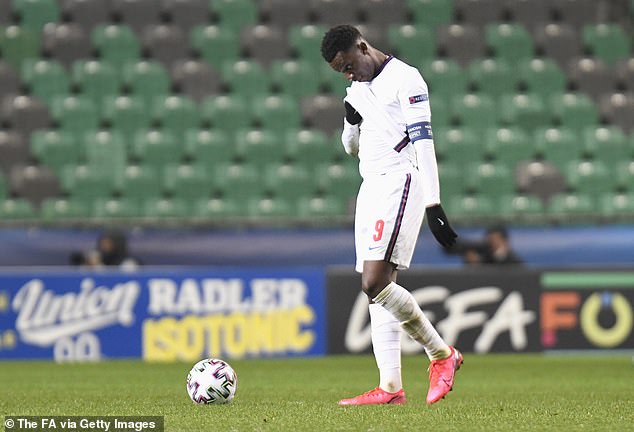 Boothroyd, 50, has resembled a beaten man on the touchline and in front of the media, noting England were only ever favourites in the home press.

That line is at odds with his pre-tournament message. ‘We’re England,’ he said last Wednesday. ‘We want to win. The tournament comes at a time that helps us. The players are in a rhythm.’ Emile Smith Rowe, a fine creative type, has been thrown in for a debut, which leaves you wondering why the Under 21s waited so long to call on him.

Jamal Musiala waited and waited for an introduction and pledged his allegiance to Germany after just one Under 21 camp. Both had been regulars in the pathway groups, only selected when making waves for their clubs.

It feels a bit muddled. There is mitigation for the two wretched displays, however, and some raise tricky questions for Boothroyd’s superiors — including Gareth Southgate. Boothroyd has opted against wondering publicly why Jude Bellingham and Reece James are not out in Slovenia with the Under 21s. Neither played a minute in the seniors’ victory in Albania, with 45 minutes each during the 5-0 training session against San Marino.

The Under 21 boss has chosen not to bemoan injuries, either, with James Justin and Mason Greenwood significant absentees. Bellingham and James feel more pertinent to the debate, though. 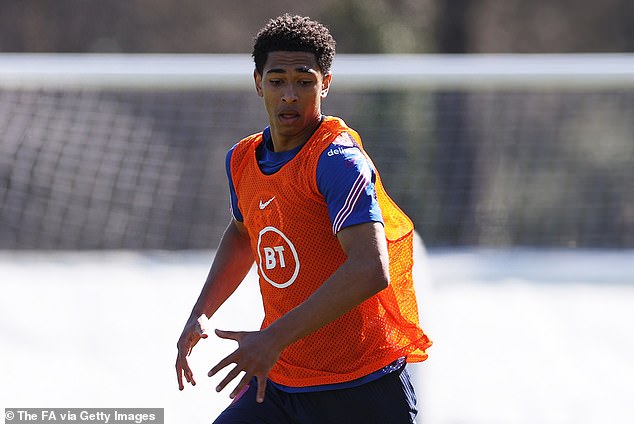 The Young Lions have been devoid of drive, certainly in the central areas, yet the FA chose for Bellingham to link up with the seniors rather than experience tournament football. Southgate also selected three right backs for these internationals.

There are compelling arguments on both sides — Southgate will want a proper look at both before the summer — but it does feel as if the Under 21s suffer more than ever before. The much-vaunted pathway is increasingly ignoring this age group.

The idea of this acting as a finishing school seems fanciful because the best talents are barely through the door before being scooped up from above.

Very few ever make the step back down and perhaps that is something the FA need to address if they want success in the biggest youth tournament.