But if the Kop skipper had of got his way then it is a picture that would look very different.

It was the moment that his doubters were silenced as he joined Emlyn Hughes, Phil Thompson, Graeme Souness and Steven Gerrard as Liverpool captains to lift the famous trophy.

But the former Sunderland midfielder wanted two others with him – Jurgen Klopp and vice-captain James Milner.

“That night was not about me lifting the trophy. I felt me, Millie and the gaffer should have lifted it together,” he said.

“It was not about me standing at the front lifting the trophy, it was more about the team. When I look back and see the faces of the lads, that’s what means more to me.

“I think everyone looks at the captain to lift the trophy and everyone speaks highly of the captain when you win a competition, but if you rewind to a year or two ago, people would have been criticising the way I am and asking if I should be captain.

“That is not for me to get involved with because they do not really know. You can’t judge a captain just on performance.

“There is a lot more than the way you play at the weekend. A lot goes into it behind the scenes and that is not just me.

“There are a lot of leaders in this group and there is the manager. I don’t see why I should be given more praise. 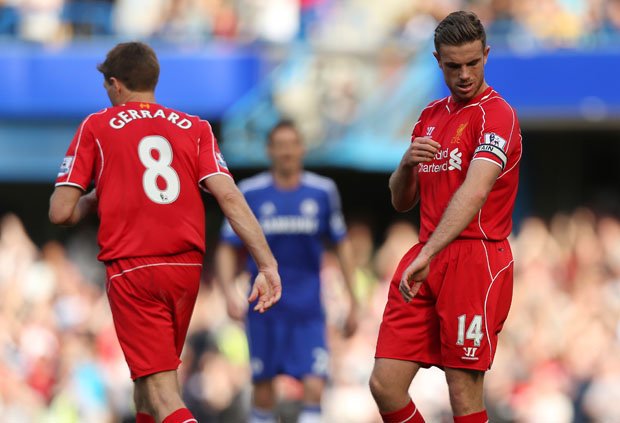 “I felt as though he deserved to, along with other people, but also the manager.

“What we did that night wouldn’t have been possible without the manager, and I felt as though he deserved to do that. But he said no.”

Henderson’s selflessness is fine quality but it was a great moment for him.

It was four years ago when he spoke about taking over the captaincy from Steven Gerrard on the back of a dire season that finished with the Reds losing 6-1 to Stoke.

It seemed it would be a long time before Liverpool would be mixing with the best in Europe.

Henderson had endured plenty before that in his Liverpool career, most notably when Brendan Rodgers tried to sell him to Fulham as part of a deal to land Clint Dempsey in 2012.

When he took over the captaincy, more questions came from his doubters about why he should be leading such a big club.

Henderson and Klopp are leading the charge now in pre-season to move on from their Champions League win and focus on adding more silverware to their collection. 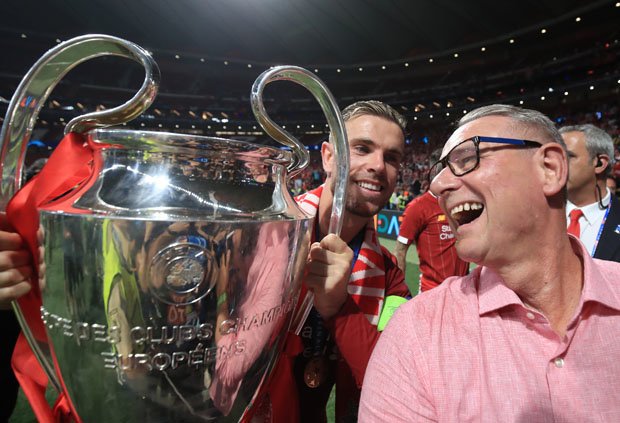 But it is not easy to forget the journey Henderson has been on to become a European Cup winner.

He is too modest to admit it, but that night in Madrid was the moment he finished off those critics who were quick to jump on him.

“Even though people outside may have doubted, I have never felt it was that way inside,” said Henderson.

“The players and manager have always been 100 per cent behind me and I have always felt their confidence.

“So it is difficult for me to feel that way. A part of you naturally does, but when I play… all I have ever wanted is to play football and it is a dream to do it for this football club.

“Listen, don’t get me wrong. I’m so proud to captain this football club and I don’t take that lightly.

“Just playing for this club is unbelievable, and to captain it and lift the Champions League trophy was unbelievable.

“But that’s not what it’s about for me. Just winning the European Cup was enough for me, with this team, this manager, this club. That is what dreams are made of, really.”

There are plenty of iconic images of that night including Henderson and Klopp embracing on the verge of tears and the Liverpool captain hugging his dad Brian, who had recently recovered from cancer.

Then there was the morning after picture on the plane when Henderson, having had no sleep the night before, sat with his feet up on Ol’ Big Ears, but there is one picture Henderson didn’t get that night which he wanted.

Steven Gerrard was at the post-match party in Madrid but was tucked away in a corner, keen to avoid stealing the moment from the current squad.

Henderson added: “I saw Stevie on the night after the final. I asked him for a picture with myself and the trophy and he said, ‘No, this is your night tonight – enjoy it’.

“I felt that was a nice touch, even though I genuinely did want a picture!”

He will have to make do with the many snaps of him lifting the European Cup on his own.