West Ham are lining up David Moyes and Chris Hughton as their next manager after handing Manuel Pellegrini a strict ultimatum. According to The Sun, Pellegrini needs to show improvement within the next two matches against Arsenal and Southampton or else he will be sacked.

I am not under pressure

The Hammers’ performances have been disappointing this season as they lost eight out of the first 15 Premier League matches of the season and are only one point above the relegation zone.

That is why the board is considering replacing Pellegrini if he fails to deliver within the next seven days.

Moyes and Hughton are seen as potential replacements but none of them are likely to agree to a short-term deal until the end of the campaign.

Both managers are well experienced in the Premier League and are currently free agents. 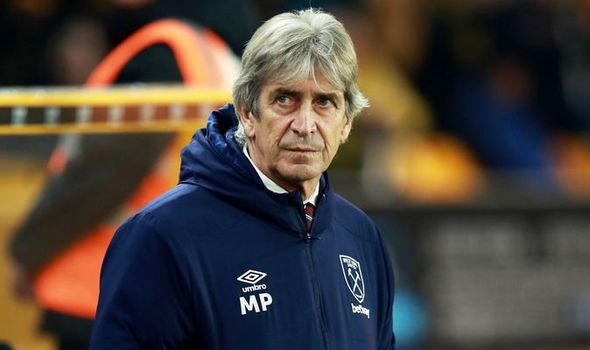 Moyes, who is also still targeted by former club Everton after Marco Silva’s dismissal, spent seven months at West Ham before his departure in 2018.

That all came after the Scotman’s lacklustre stints at Manchester United, where he replaced Sir Alex Ferguson, Real Sociedad and Sunderland.

Hughton has been out of work ever since his dismissal from Brighton in May following a poor run of three wins in 23 games.

The 60-year-old has also coached Newcastle, Birmingham and Norwich during his career. 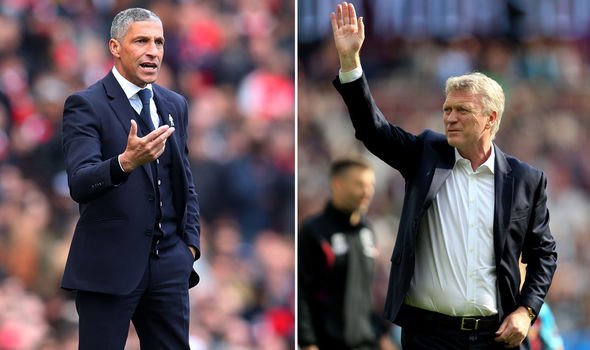 Meanwhile, Pellegrini insists he doesn’t feel like he is under pressure even though he is now leading the sack race.

The West Ham boss said: “I am not under pressure.

“The pressure doesn’t link with the results. The pressure for me is in every game, to do it better, play well and win the game.

“You do not need to be in a bad position, without a win in so many games, to start to feel the pressure. Pressure is there always.”

Pellegrini will have to turn things around starting Monday against Arsenal at the London Stadium which is a match he can’t lose.

West Ham will then have to beat struggling Southampton on Saturday at St Mary’s.

The Hammers’ next match after that won’t take place until Boxing Day as their game with Liverpool had to be rescheduled due to Jurgen Klopp’s men flying to Qatar for the Club World Cup.

It is during that time when the board could wield the axe and hire a replacement.