‘Something is missing. We must score the chances we have’: West Ham boss Manuel Pellegrini urges his side to be more clinical ahead of Leicester clash

West Ham manager Manuel Pellegrini has challenged his team to find the missing piece of their game when they travel to Leicester.

The Irons head to the King Power Stadium on the back of successive 1-0 Premier League defeats either side of the international break.

Those negative results broke a run of improved form which started with a first Premier League win at Everton, holding Chelsea to a goalless draw and then thumping Macclesfield 8-0 in their Carabao Cup tie before beating Manchester United 3-1. 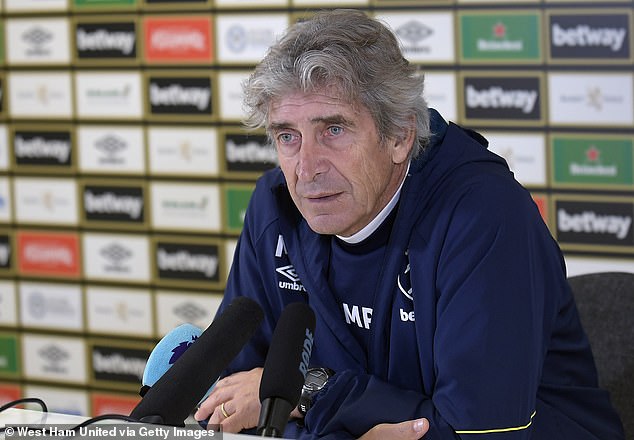 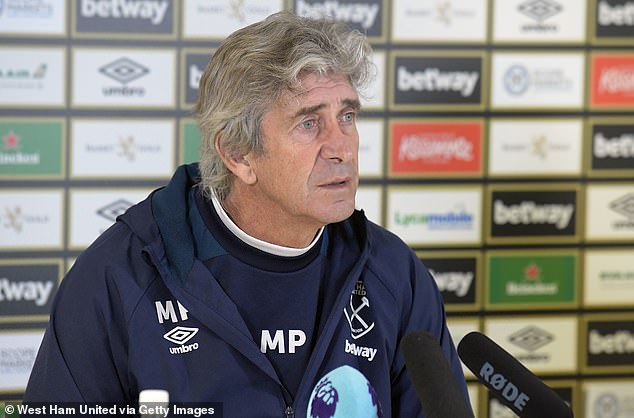 Pellegrini has seen enough in recent performances to give him confidence for the challenges ahead, provided the team can find a cutting edge once again.

‘I feel that we are improving,’ the West Ham boss said.

‘If you saw the game against Tottenham (last weekend), the team that maybe created more chances and deserved to win was our team, but we didn’t.

‘We continue to work on defending and we’re improving a lot. Now we must score the chances we create, or create even more chances.’

West Ham were dealt a blow after the Tottenham match with the news winger Andriy Yarmolenko is facing a lengthy spell out following Achilles surgery.

It is, though, a chance for other players to lay down their own marker.

Irons’ academy graduate Grady Diangana has caught the eye with some impressive displays, coming off the bench against Spurs.

The 20-year-old midfielder has yet to start a Premier League match, but Pellegrini is in no doubt of his potential. 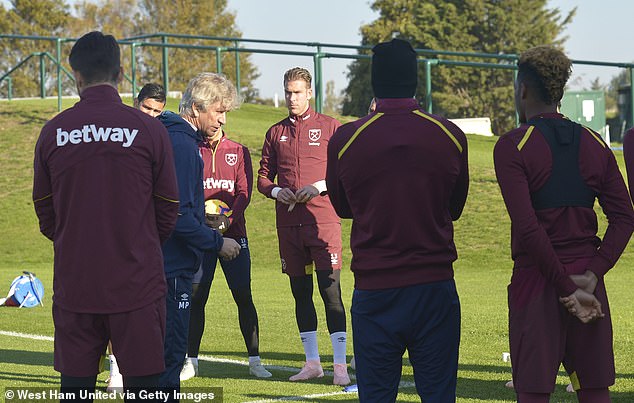 ‘We must score the chances we create, or create even more chances,’ said the West Ham boss 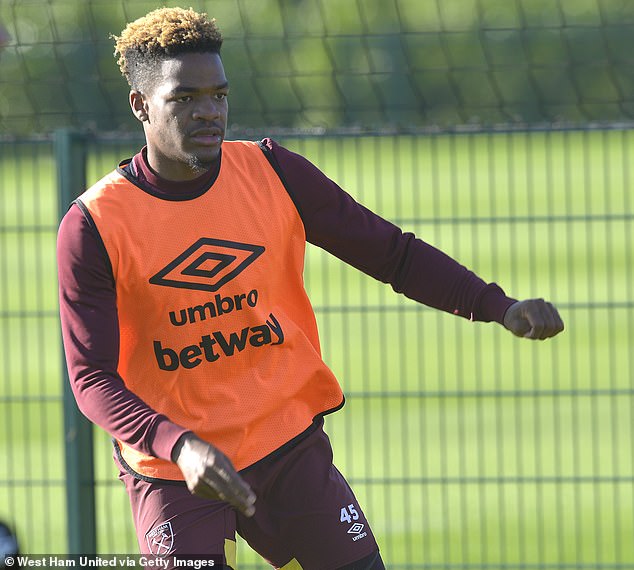 ‘He is a young player who has a lot of good technical conditions,’ the West Ham manager said at a press conference.

‘He needs to improve on other things, but he will have some chances in some games.’

West Ham’s Under-23s squad has been training at the club’s Rush Green base recently, a move which Pellegrini feels can only be beneficial.

‘One of the important things, why we brought the U23s players to work with us and work on the pitch beside the first team squad, is so we see all of them working every day,’ the Chilean coach said.

‘We know that when we need a player they will come immediately to work with us.’