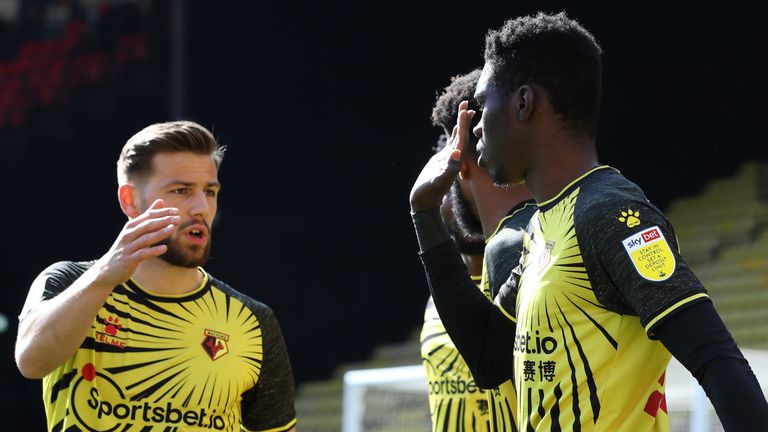 Report and highlights from the Sky Bet Championship clash between Watford and Sheffield Wednesday at Vicarage Road as a Tom Lees own goal cost the Owls on Good Friday; Xisco Munoz’s Hornets make it six wins in a row.

A controversial early own goal from Tom Lees gave second-placed Watford a 1-0 win at home to struggling Sheffield Wednesday.

The three points extended the Hornets’ winning run to six in a row and 10 from their last 11 matches as Xisco Munoz’s side boosted their automatic promotion chances.

Time is running out for Wednesday at the other end of the table, however, with the Owls having to battle on in Hertfordshire without manager Darren Moore after he tested positive for Covid-19.

The game ended up being decided in the seventh minute through an own goal that was hotly disputed. 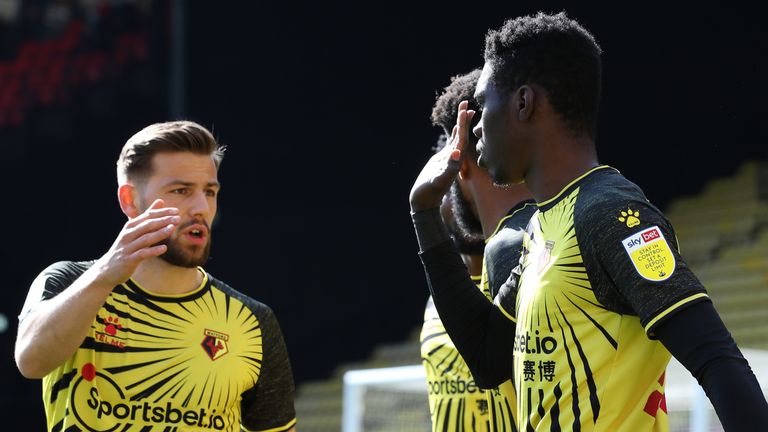 Ismaila Sarr crossed from the right hoping to find Isaac Success but instead saw the ball turned into the Wednesday net by Owls centre-back Lees.

A raised flag indicating Success had been offside saw the goal initially disallowed but referee Chris Kavanagh consulted with assistant Dan Cook and ruled the Watford man had not been interfering with play.

Lees, who had forced his own goalkeeper, Joe Wildsmith, into a save in a similar situation three minutes earlier, argued that he would not have played the ball had Success not been hovering but his protests were ignored.

Osaze Urhoghide headed over from a corner that reached the near post as Wednesday sought a way back into the game.

Josh Windass, played in on the left of the Watford box by Barry Bannan, was foiled by Hornets ‘keeper Daniel Bachmann’s brave dive at his feet in the 25th minute.

Success should have doubled Watford’s lead on the half-hour mark but scuffed wide from yet another Sarr delivery.

Urhoghide was booked for barging Philip Zinckernagel over just before the Dane reached the box. Zinckernagel took the free-kick himself but could not beat Wildsmith.

Adam Reach was booked in the 42nd minute for impeding Sarr, with Watford again going close through Joao Pedro’s low shot across goal after Success’ header had given him a sight of goal.

Callum Paterson fired over for the Owls early in the second half but it was not long before Pedro blasted a shot that bounced off Wildsmith and Sarr curled narrowly over.

Rhodes had been waiting for a chance but could not hit the target in the 65th minute when a misplaced header from a defender landed at his feet on the edge of the six-yard box.

There was one further misfortune for Lees to endure when he limped off injured in the 85th minute.