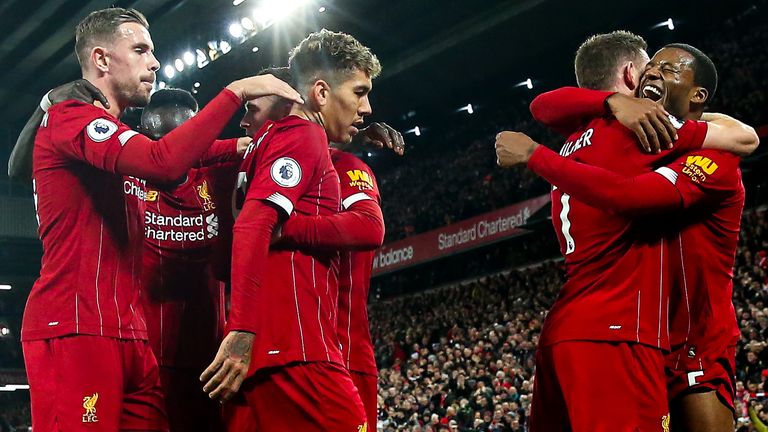 League leaders Liverpool beat Everton 5-2 in the Merseyside derby to remain unbeaten. Everton slip into the relegation zone after their third straight defeat.

Leicester are eight points behind Liverpool in second after they beat Watford 2-0. They have now won seven Premier League games in a row for the first time.

Celtic have moved two points clear of Rangers at the top of the Scottish Premiership. Scott Brown scored a last-minute winner for Celtic in a 2-1 win over Hamilton, while Rangers were held to a 2-2 draw by Aberdeen.

Anthony Joshua admitted “it feels different” since losing but sent a powerful message to Andy Ruiz Jr ahead of their rematch on Saturday. Joshua is looking to win back three heavyweight world titles in Saudi Arabia.

Former England captain and Sky Cricket expert Bob Willis has died at the age of 70 after a long illness. The fast bowler made his England debut in 1971 and played in 90 Tests and 64 one-day internationals.