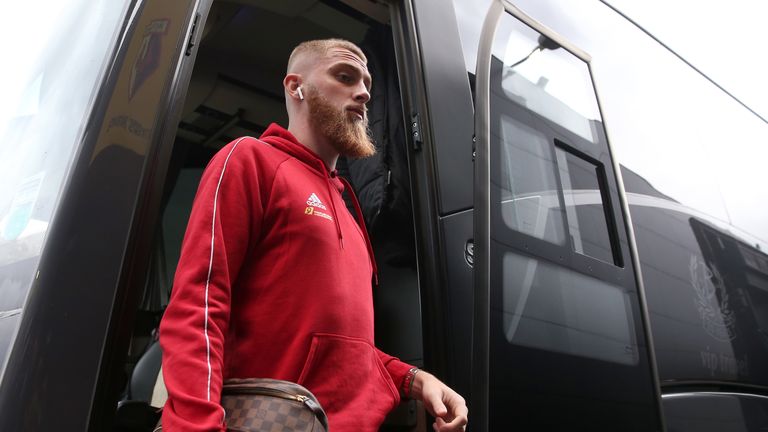 Sheffield United and Scotland striker Oli McBurnie has been charged with drink driving. He was arrested in the early hours of Friday morning and will appear in court on November 6.

Two men have been arrested after Haringey Borough’s FA Cup match against Yeovil Town was abandoned on Sunday over alleged racism.

Hearts have opened an investigation after claims that Rangers striker Alfredo Morelos was racially abused in Sunday’s Scottish Premiership draw at Tynecastle.

Jurgen Klopp accused Manchester United of “just defending” against Liverpool after their 1-1 draw on Sunday.

Afghanistan’s Rashid Khan was the first pick in cricket’s inaugural draft for The Hundred and will play for the Trent Rockets. Neither Chris Gayle nor Lasith Malinga were picked.

Andy Murray has won his first singles title since career-saving hip surgery. He came from a set down to beat Stan Wawrinka in the final of the European Open.

England head coach Eddie Jones says New Zealand are the “greatest team ever” but is still backing his side to win Saturday’s Rugby World Cup semi-final.