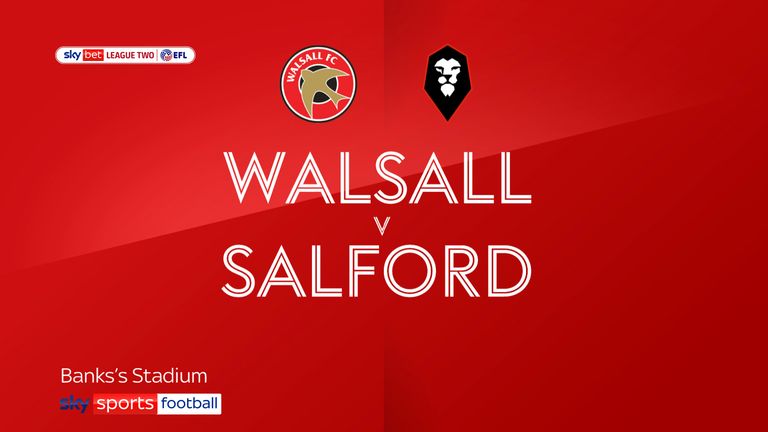 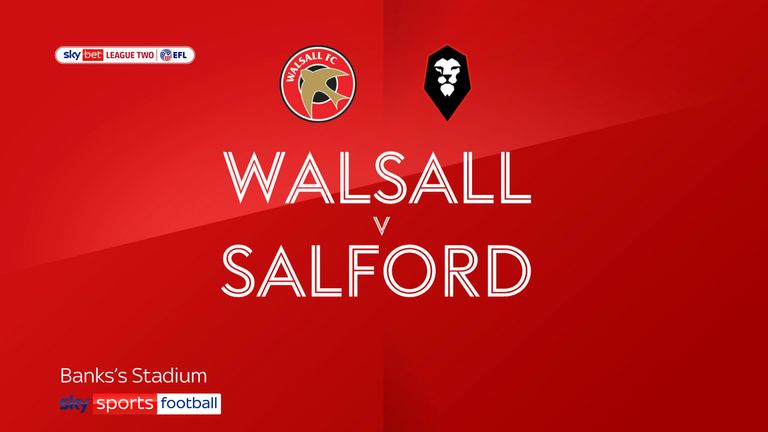 The 36-year-old’s fourth strike in five games and Jordan Turnbull’s second-half header lifted the Ammies to ninth but they remain three points off the top seven.

But Salford led after 19 minutes as Henderson punished Mat Sadler’s ill-advised backpass by charging down goalkeeper Jack Rose’s clearance and taking advantage of a kind bounce to slot the ball into an empty net.

Hladky foiled Caolan Lavery’s near-post strike as Walsall sought a leveller while a backpedalling Rose tipped over Gotts’ cross-shot after the break.

But Salford sealed the points after 57 minutes as Turnbull stooped to nod home Ash Hunter’s teasing cross from 12 yards.