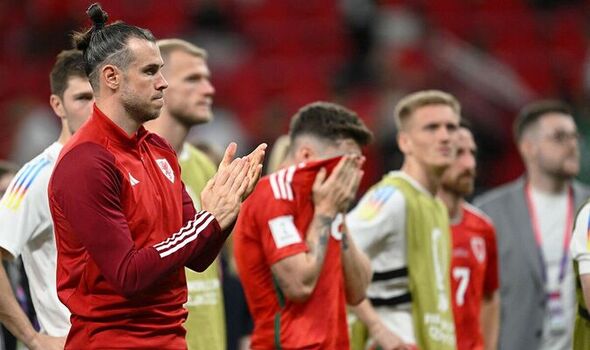 Wales “shamed British football” with their performance at the World Cup, claims former Chelsea defender Jason Cundy. Rob Page’s side crashed out of the tournament in Qatar with just one point and one goal to their name following a 3-0 loss to England on Tuesday.

Wales were participating at their first World Cup since 1958. Their campaign got off to a positive start with a 1-1 draw with the USA thanks to a late Gareth Bale penalty.

But defeat to Iran last Friday left them with a mountain to climb to get out of Group B. And it proved to be too much of a task as England’s quality shone through at Ahmed bin Ali Stadium.

Marcus Rashford scored a brace either side of a Phil Foden goal in a rampant second half from the Three Lions. And Cundy gave a scathing verdict on talkSPORT after the match and described them as the worst team in the tournament.

He said: “My God. That red dragon, he’d try and breath fire out and there’d be the worst little puff of nothing coming out of his mouth.

“They were pitiful, embarrassing. They shamed British football, I’m afraid.

“They have waited 64 years – there’s a reason why they’ve not been in the World Cup for 64 years, and they’ve finished bottom behind Iran. Let me tell you this right, Qatar, host nation.

“They got the same amount of goals as them and they got one more point than Qatar. And the only reason Qatar are there is because it’s their tournament.

“They are the worst side at this tournament by some distance. They have been an absolute disgrace.”

Bale was taken off at half-time with a slight hamstring problem. But Cundy joked the former Real Madrid star wasn’t on the pitch at all.

Bale insisted after the game he will continue to play for his country if he is still asked to do so. He told the BBC: “I’ll keep going as long as I can and as long as I’m wanted. It’s a difficult moment now obviously but we go again.

“We have a qualifying campaign starting in March. We have a few months to get away from international football which is disappointing, we would love to have stayed [at the World Cup] longer, but we go again in March.”