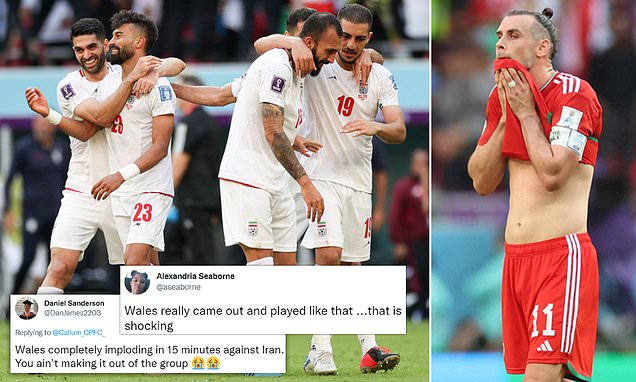 ‘Stank the place out’: Wales supporters lambast their team for poor showing against Iran that leaves their World Cup dream in tatters with just one point after two games

Welsh World Cup dreams are in tatters after two late Iran goals left them facing an Everest-sized battle to reach the last-16.

Wales struggled for large periods against a motivated Iran side, coming in off the back of a 6-2 hammering at the hands of England in their opening group game, and by the end were clinging on for a point.

Wayne Hennessey’s sending off just after 80 minutes appeared just and although Iran had missed a host of chances prior to that, looked to tire and struggled to create until Rouzbeh Cheshmi popped up with a fantastic finish after 98 minutes to win the game. 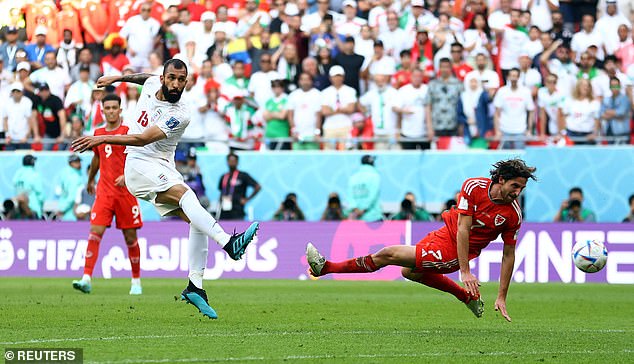 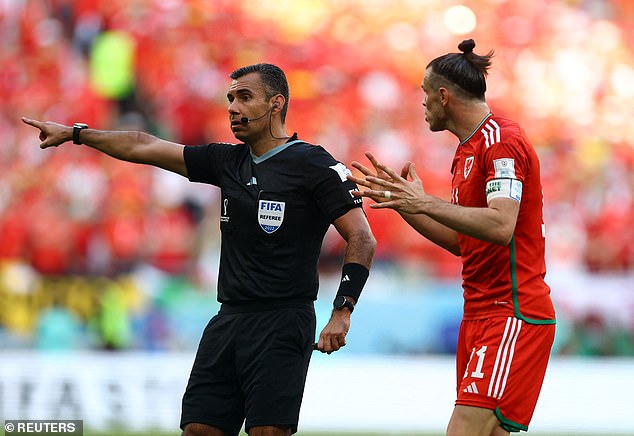 Joe Allen, introduced just minutes prior and coming in off the back of an injury-hit season for Swansea in which he has only played 493 minutes in the Championship, failed to get a good enough connection on his clearance and Cheshmi took the opportunity.

With Wales pressing for an improbable equaliser, Iran struck again. Hitting them on a four v. one break, Ramin Rezaeian, who had run tirelessly all afternoon, slotted over the despairing Danny Ward.

Reacting to the defeat on social media, Wales fans were not in complimentary mood as they watched their side throw away what appeared quite a presentable chance to get their first World Cup win in 64 years.

‘Joe Allen has pretty much singlehandedly cost Wales that game. He only played 12 minutes,’ one wrote.

‘No less than Iran deserve at all. Joe Allen’s clearance sums up the whole performance in a nutshell,’ one other wrote. ‘It’s been heartbreaking to watch.’ 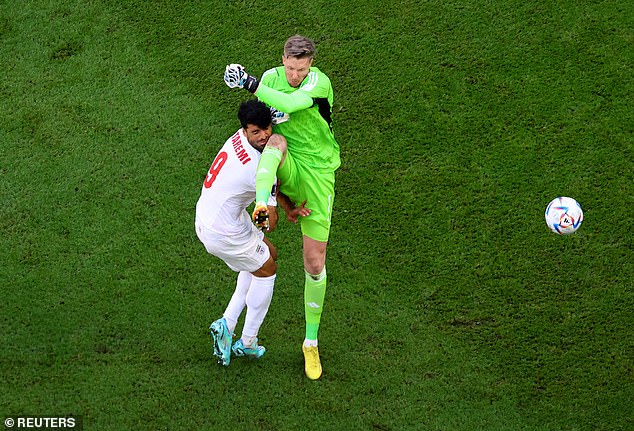 ‘Wales were awful there, mind. Stank the place out. Iran should have won about 4-0,’ another social media user wrote.

Aaron Ramsey, so good six years ago in Wales’ great success in France at Euro 2016, came in for particular criticism here as he was overrun by Iran’s dynamic midfield.

One user tweeted mid-game: ‘Aaron Ramsey has been absolutely abysmal.’

‘Joe Allen doing a seriously good job of making Aaron Ramsey feel better about his performance with his 20 minute cameo here,’ another user, seemingly finding humour in the madness, added. 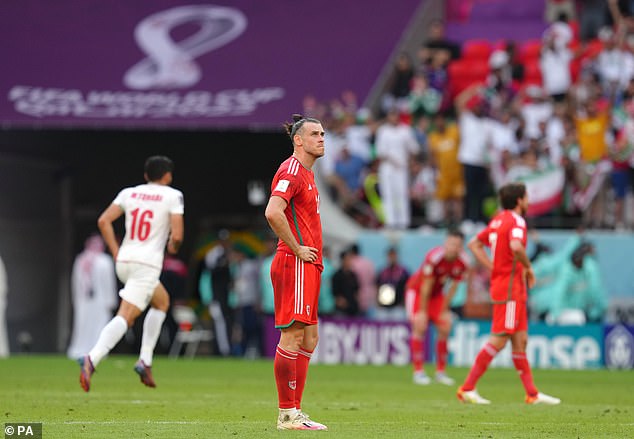 Bale, who could be playing his last ever competitive football for Wales, gazed into the distance

Referencing the rather odd selection of man of the match’s in the tournament thus far, a social media user wrote: ‘Aaron Ramsey been so bad here I can only assume he will get the FIFA man of the match award.’

Another supporter was slightly more existential about Rob Page’s side’s place in the group, writing: ‘Wales are definitely the worst team in the group. They rely a lot on brilliance from Bale and Ramsey and both have been awful.’

‘Wales are probably out of the World Cup with this result as they have little to no chance against England playing like this,’ another fan wrote.

‘Wales really came out and played like that…that is shocking,’ another wrote.

Another rather cruelly took aim at Wales fans. ‘Wales completely imploding in 15 minutes against Iran,’ they wrote. ‘You ain’t making it out of the group.’ 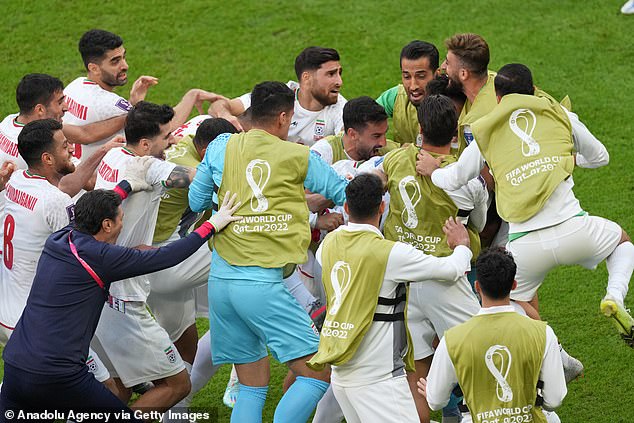 Iran, so comprehensively beaten by England on Monday, reacted wildly to their two goals

Some non-Welsh supporters revelled in their misery while others offered solace, saying that they still hoped they navigated a way through.

‘England fans are absolutely classless, no reason at all to delight in Wales losing. Lovely country, good team, belting fans,’ they wrote. ‘Personally, gutted they’re probably not making it out of the group, everyone loves Wales in a knockout stage.’

Wales – and Iran – will now be watching the other match from Group B this evening even more attentively. Page and co. have to hope that they can beat England, which is their only hope of advancing.

Wales have not beaten England since 1984. 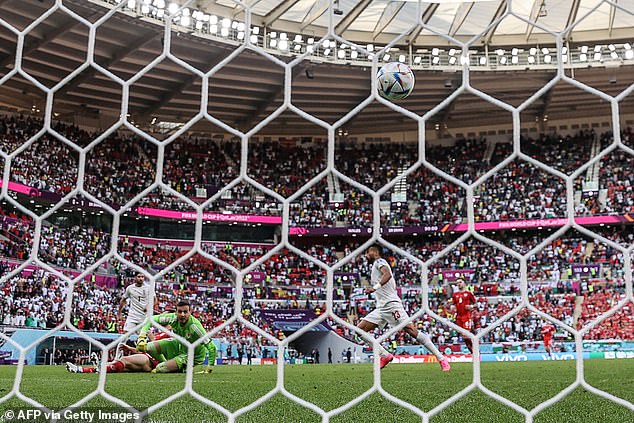