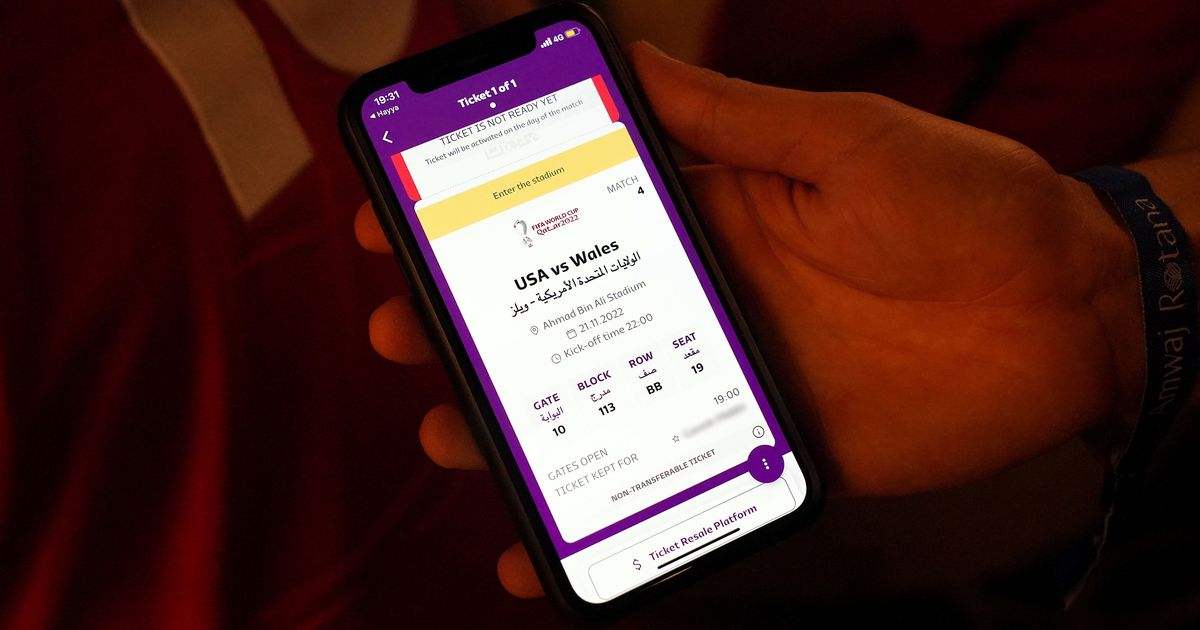 Wales fans were left "in tears" on Friday as hundreds of supporters missed their World Cup game against Iran due to a "glitch" on their entry cards.

Rob Page's side were beaten 2-0 by Iran in their second group stage match, conceding twice in stoppage time after Wayne Hennessey was sent off with four minutes left. Dozens of Welsh fans were missing from the crowd, though, due to issues over their Hayya card permits, which are needed to enter Qatar.

As a result, large groups of supporters were turned away at Dubai airport as they attempted to fly into Qatar for the match.

One fan told the BBC that a "glitch in the system" had caused the problem and described the situation as "hellish". He added that he expected hundreds more to face the same issue.

Hywel Price from Cardiff, who like many Welsh fans is staying in Dubai for the tournament, was unable to board his flight on Friday because the permit was still pending. That was despite having no issues for Monday's game against the USA.

He explained: "We got up at 02:30 this morning to travel in a taxi to the airport for a 06:30 flight, but when we got there we were told by officials that our Hayya cards had been rejected.

Will Wales qualify for the knockout stages? Let us know in the comments section below

"It's hellish – there were 13 of us from Wales on that flight having the same issue, and trying to prove that we had been approved to travel, even though the app still said the permit was pending.

"People have had emails saying that their cards were valid, only to find when they get to the airport that they have been refused entry."

Price also added that around 20 flights left Dubai for Doha on Friday morning and claimed those flying on Qatar Airlines were able to board regardless of the status of their Hayya card.

"I saw kids in tears at the airport," he added. "I saw a father and son – the son went but the father couldn't go. It's awful."

The defeat to Iran leaves Wales bottom of group B after two matches and needing a win against England on Tuesday to advance to the knockout stages. England will qualify for the round of 16 on Friday night with a win over the USA.