If Salford City’s big summer signing in Adam Rooney does indeed earn more than £4,000 a week, having trousered a pay increase by giving up European football with Aberdeen for the challenge of earning promotion into League Two, then the forward is earning almost double Marine’s average matchday squad of 16 players.

The FA Cup fourth qualifying round this Saturday presents an opportunity to reflect on the trends and the shifts in non league football, and nowhere will it be potentially more visible than in Crosby, seven miles north of Liverpool’s city centre, where Marine – 18th in the Northern Premier League – host Salford, top of the National League.

Two years ago, when these clubs drew on the opening day of the season, Salford’s since transformed Peninsula Stadium was simply known as Moor Lane, a venue where the main stand – then a rotting mess of wood and rusting steel – complimented the grassy banks on the three other sides. Though Salford had been promoted the previous April, they were favourites to win that game largely because of their upward momentum as well as their clout.

The gap between them has since widened, driven by the contrasting levels of financial support, with Salford owned by a group of ex-Manchester United players and Peter Lim, a Singaporean billionaire, and Marine steered by a committee of long-standing volunteers. 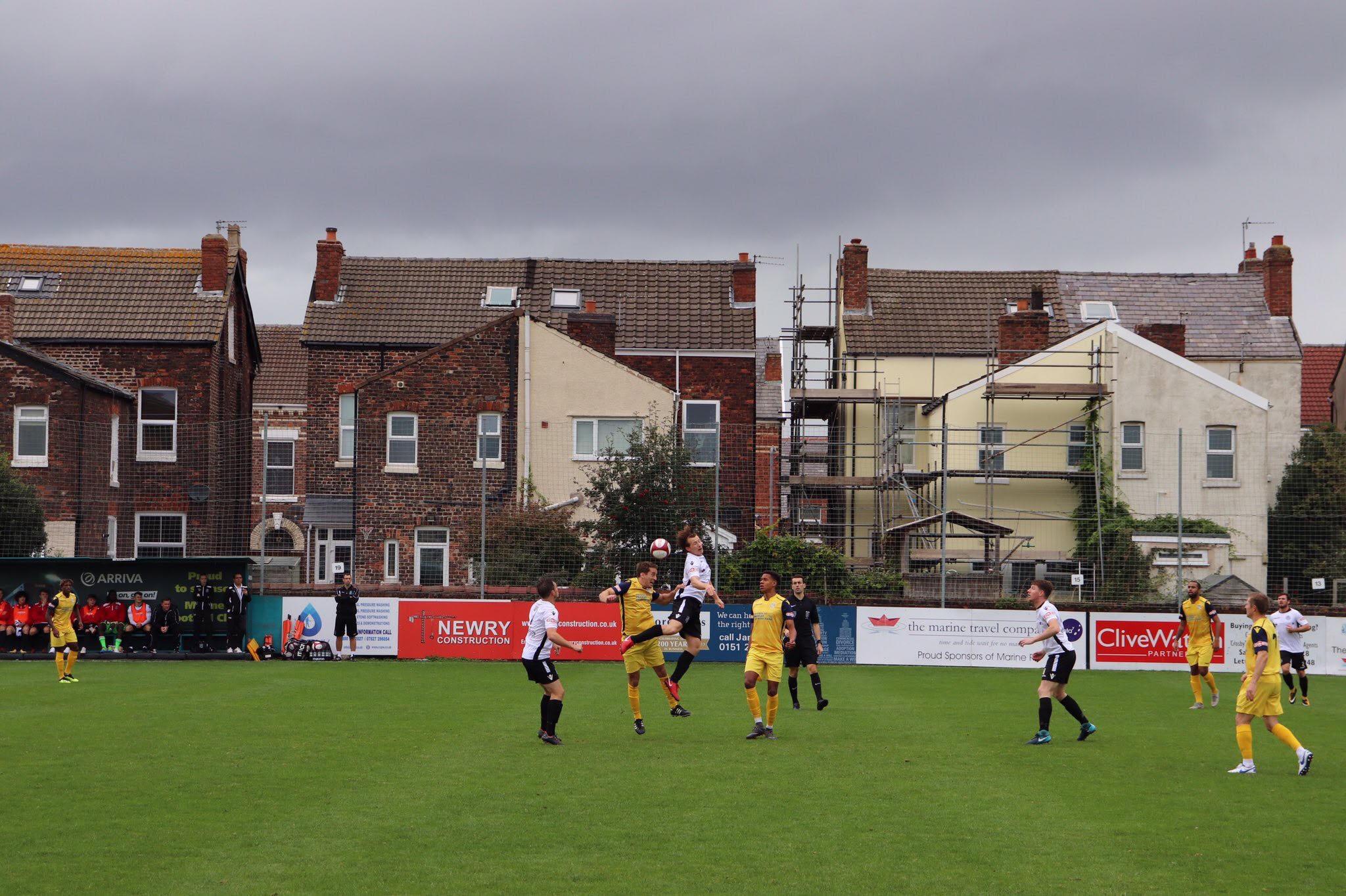 This is the toughest draw Marine could have had at this stage and it is reinforced by the feeling that this is a Salford team would probably do quite well competing two leagues higher than they are now. Behind Rooney, Danny Lloyd was their second most expensive purchase in the most recent transfer window and he came from Peterborough United for whom he’d scored eight times last season in League One.

AFC Fylde have also passed Marine albeit from an even lower starting base than Salford thanks to the backing of David Haythornthwaite, who became a millionaire selling animal feed and tomorrow they are favourites to beat Chesterfield, a club who not so long ago were pushing for promotion into the Championship.

The deadline to apply for a role as Fylde’s new media officer passed last Friday and depending on experience, the successful candidate might earn up to £32,000 per annum. The recruitment for such a position not only reveals where Fylde think they are heading but also the sort of advantage they have when you learn, for example, that Marine’s record signing Jon Penman arrived from Southport for less than half of that salary in 1995 – the year which also happens to be the last time they reached the FA Cup’s first round where an excruciating 11-2 humiliation at Shrewsbury Town was painfully reviewed by Match of the Day with all of the goals accompanied by Monty Python’s Always Look on the Bright Side of Life.

There are two temptations when assessing the modern landscape. One of them involves a conclusion which says what Salford and Fylde are doing is stretching the boundaries of acceptability and this therefore makes Marine automatically more virtuous, certainly purer to the traditions of non league football. Defenders of Salford and Fylde will remind that football’s history has always been influenced by capital and investment; that while those clubs are only mirroring what happens at the very top and their trajectory is generating employment as much as it is creating a buzz, Marine – and others like them – may have been overtaken partly because of their own conservativism. 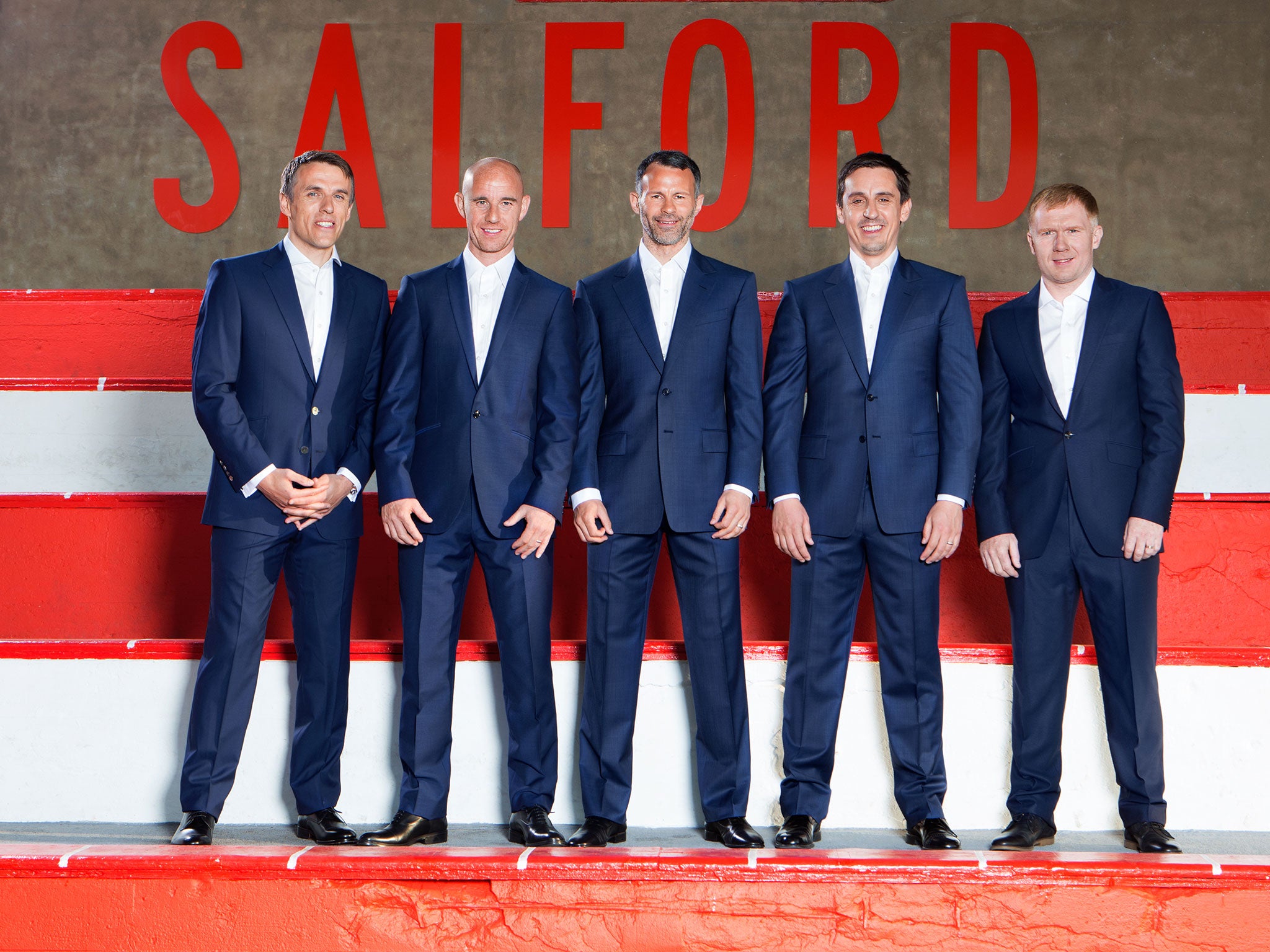 Neil Young, who became Marine’s manager in September, perhaps best summed up the current environment when he spoke to the Independent this week, stressing that non league has always included clubs which have thrown money about and that the current ones doing so aren’t necessarily creating better teams than the ones in the past, only now there are “more better teams than there were before – with the competition fiercer.”

Thirty-nine years ago, the National League – then called the Conference – was set up with the intention of becoming the pinnacle of the non league structure but in affect it is now a fifth professional division and the impact of that is already being felt lower down. Fifteen clubs across the National League and its North and South divisions have been in the Football League at some point in the last 20-years while another seventeen have joined them in being full-time, so there are considerably more teams with professional operations than there are places available in non league’s highest level of competition.

Marine are at step three and so far, professionalism has not reached the Northern Premier League, leaving the division feeling like a sort of in-between world where the requirements on players in terms of time is more than it should be for the pay, especially when you contrast to what is happening in the two levels above and the race towards professionalism there, and what has always happened below at step four and beyond where the tighter regionalisation of the divisions means less travel and subsequently relaxed attitudes towards focus, with players – because so few of them are on a contract – able to play Sunday league football with their mates if they want to.

The days of butchers, bakers and candlestick makers featuring in clichéd commentary anywhere beyond this stage of the FA Cup feel like they are soon to be over if they are not already. Players tend to be on a downward turn and starting again rather than making their way up from amateur levels.

It is more likely that names are distantly familiar because of affiliations with League clubs; players, maybe, who could have once been the next big thing out of an academy but are now otherwise unemployed but continue to give semi-professionalism a go on the thin hope they might get one more chance. 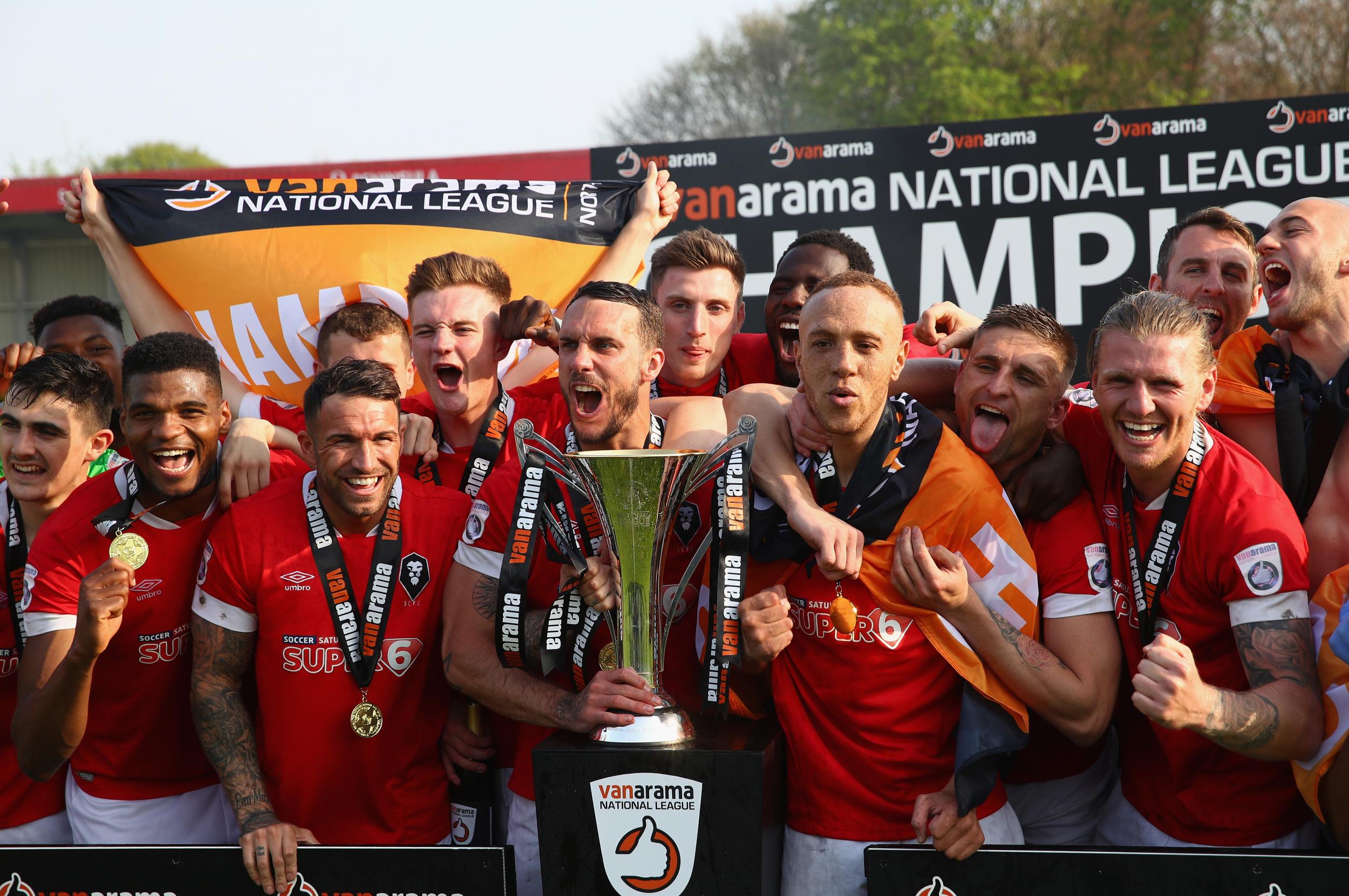 They have private gym memberships and maintain their physiques. They don’t lose to opponents like Salford because of “fitness levels telling in the second half” but because they have less time to prepare for games unlike full-timers whose extra training sessions in the course of a season tend to focus on recovery, planning and tactics. In the discourse of the FA Cup, lines about tough conditions get trotted out but that will not apply at Marine where the pitch is gloriously fertile. Marine’s ground is famously three-sided and flanked by terraced houses but Salford will be able to play football there if they really want to.

Young’s appointment after the resignation of Tommy Lawson was a coup for Marine. A Birkenhead native who combines the five or six nights a week challenge of non league management with working out of Lime Street as a site boss for Merseyrail, he had won three titles with a reformed Chester FC in the early part of this decade, setting records of all kinds in the process. Spells at Stockport County and Altrincham did not work out but listening to him, you do sense he is has the experience to navigate this fluctuating terrain. His first signing was Finlay Sinclair-Smith, an 18-year-old winger on loan and his two goals in the surprise victory at Brackley Town in the last round was vindication of his judgement as well as his contacts, with Blackpool’s assistant manager Gary Brabin recommending him.

Ronnie Moran’s grandson Ian Johnson had been caretaker manager before Young’s arrival and he steered Marine past Scarborough Athletic after a replay following a tricky first qualifying round draw. Young’s first decision was to keep him on his staff. He has a plan for Marine and he thinks the club could be self-sufficient in the Conference North with the right football strategy even amongst the professional clubs.

Off the field, Marine are guided with careful intentions and one of the volunteers is Dave McMillan, the club’s vice chairman, someone who became a fan almost by accident as a 14-year-old having had a badminton game cancelled one Saturday afternoon at the start of the 1980s. Marine’s ground, then called Rossett Park, was just down the road.

Marine have made it beyond this stage before. Salford’s assistant manager is Chris Lucketti and in 1992/93, he was in the Halifax Town team – then in the Fourth Division – that were hammered by Marine, 4-1. After Stafford Rangers of the Conference were just about dispatched in the second round, McMillan can recall the disappointment in the clubhouse when Crewe Alexandra, rather than a Premier League opponent, came out of the hat next, though a postponement to the original tie due to frost meant Blackburn Rovers were waiting in the fourth round and this would have placed Marine’s window cleaning manager Roly Howard facing against of his clients in Kenny Dalglish had it not been for a 3-1 defeat. When McMillan talks about this period, it is clear what the FA Cup means to those involved in clubs that have no chance of winning it. “Just once – just once, to see Marine running out at Anfield, Goodison, Old Trafford…” he pondered. “It would be one of those bury me now moments.”