Virgil van Dijk has reportedly suffered an anterior cruciate ligament injury in today’s fiery Merseyside derby, according to Richard Keys. The beIN SPORTS presenter has claimed the Dutchman could miss up to eight months of action, following a reckless tackle from Everton goalkeeper Jordan Pickford in the opening 10 minutes at Goodison Park.

Van Dijk was forced off the field and was replaced by Joe Gomez but the challenge went unpunished.

The Dutchman was flagged offside before the incident meaning the VAR official David Coote did not feel the need to take a second look.

Liverpool’s worse fears have now been realised if Keys’ information is anything to go by.

He claims Van Dijk could now be set to miss the majority of the season. 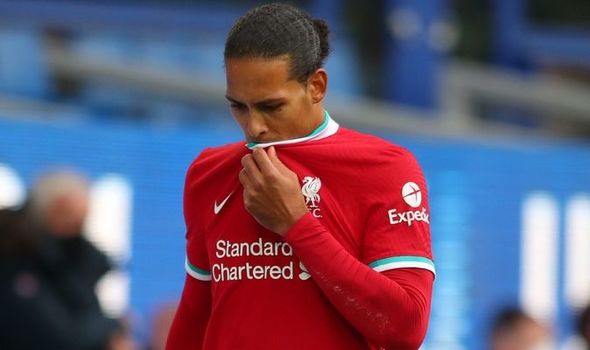 Keys said: “The information that we are receiving is that he has done his anterior cruciate ligament.

Liverpool are yet to confirm the extend of Virgil van Dijk’s injury but Express Sport has contacted the club for comment.

The Reds sent Van Dijk and Thiago Alcantara for a scan immediately after the match.

Thiago was on the end of another dangerous tackle, this time from Richarlison, who was shown a straight red card by Michael Oliver.

Klopp revealed after the match that the injury could be serious: “I don’t know. It’s not good.

Van Dijk was able to walk around the pitch at Goodison Park before returning to the team’s mobile dressing room in the car park. 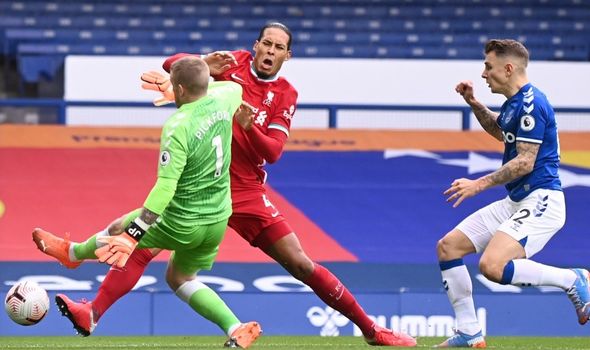 The Senegal international was then ruled offside in controversial fashion following a VAR review.

The Premier League champions have requested an inquest into the two decisions, which left Klopp furious after the clash.

“It was a clear penalty I saw and then we saw the flag went up. I thought they would still look at the foul but that didn’t happen,” said Klopp.

“I don’t want to say Jordan Pickford wanted to do it but it is not a challenge how a goalie can do in the box.

“Virgil played I don’t know how many games in a row, he plays with pain, but he couldn’t play on and that’s not good.”