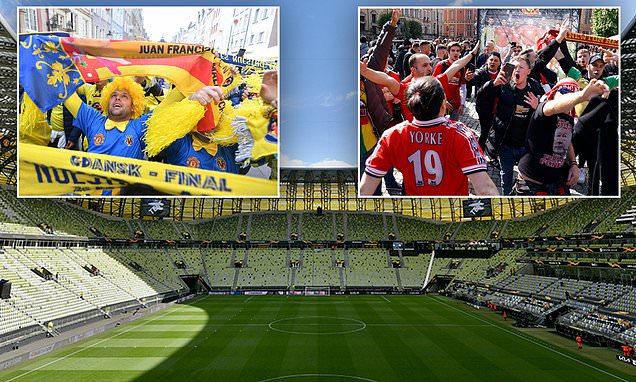 Manchester United will look to secure their first trophy since 2017 – and Ole Gunnar Solskjaer’s first in charge – when they face Villarreal in the Europa League final.

United’s last taste of silverware success came in the same competition under Jose Mourinho, with a 2-0 win over Ajax sealing their triumph, and current boss Solskjaer will hope for a similar outcome tonight.

It will not be an easy task, however, with Villarreal and Unai Emery looking to spring a shock. Emery is a three-time winner of the Europa League, and also reached the semi-final stage with Arsenal in 2019.

Sportsmail‘s DANIEL DAVIS will provide minute-by-minute text coverage of Villarreal vs Manchester United – including all of the build-up and team news from Poland.

Hello, all! Welcome along to Sportsmail’s live coverage of tonight’s Europa League final!

It’s Villarreal against Manchester United, two huge teams gunning for that coveted trophy – and there are bound to be plenty of twists and turns along the way.

It will be my pleasure to take you through them across the 90 minutes, or perhaps even longer.

First, though, a quick word on the sides. There’s so much at stake for United in Gdansk. After all, this would be their first taste of silverware since 2017.

It would also be Ole Gunnar Solskjaer’s first trophy in charge – on the day exactly 22 years on from his Champions League heroics. What a story.

But it’s going to be far from plain sailing, I can tell you that. Villarreal are a fine outfit in good form, and Unai Emery knows this cup like the back of his hand.

Kick off in Poland is at 8pm. Until then, we’ll be building up to it and bringing you all the drama as it happens… 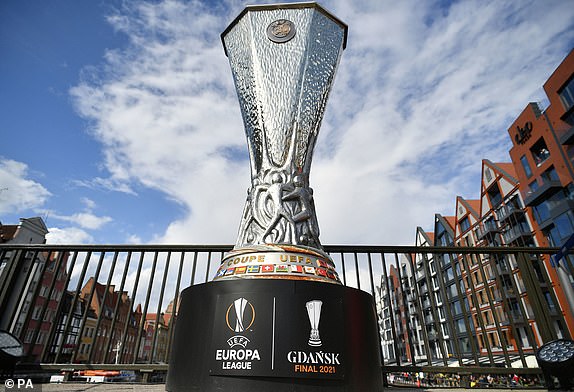