Valeri, 34, finishes up after a decade-long career in Italian soccer, two A-League championships and more than 50 caps for the Socceroos, travelling to the 2010 World Cup. 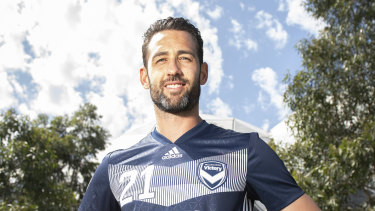 "After much consideration, the choice for me is a happy one and something I am at peace with," said Valeri.

“I am excited and committed to play out the rest of the current season, and hopefully achieve success with the group, knowing this will be my last with the football club.

“It has been an incredible journey for myself and my family, spanning my time at Victory and previously to that with the Socceroos and abroad.

“When I do play my last game, it will be a time of celebration and reflection on a special career and five wonderful seasons with Melbourne Victory.”