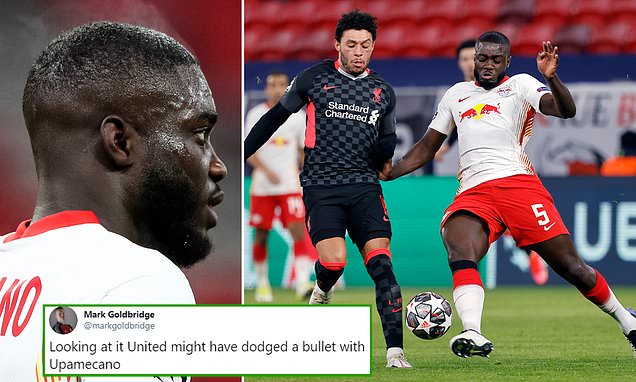 Dayot Upamecano headed into RB Leipzig’s Champions League clash against Liverpool with a reputation as one of the world’s best defenders.

Yet a horror display which saw him regularly dragged out of position and all-round poor play on the ball allowed Liverpool to run out easy 2-0 winners at the Puskas Arena in Budapest following goals from Mohamed Salah and Sadio Mane.

On Sunday, news of the France international’s move to Bayern Munich was confirmed after the German champions triggered his £38.5million release clause that will go through at the end of the season. 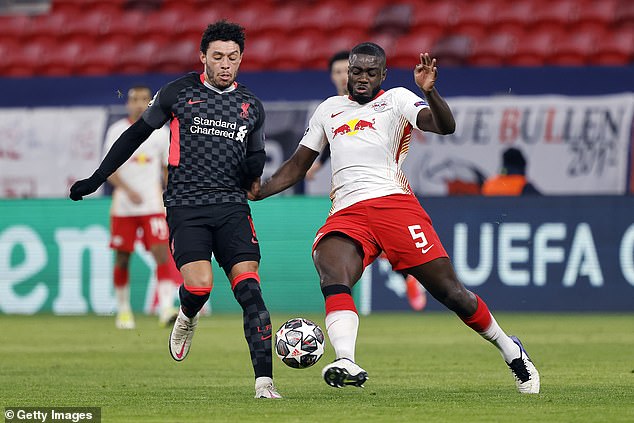 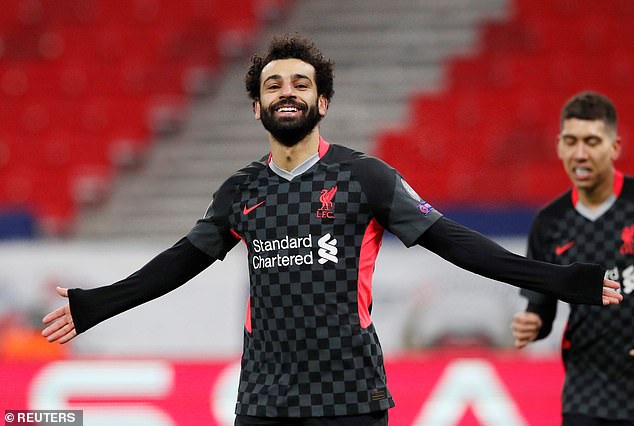 Previously the 22-year-old had been linked with a host of Premier League clubs including Liverpool as well as Manchester United.

But after seeing his display on Tuesday, former United defender Rio Ferdinand claimed he was horrendous.

‘The defenders for Leipzig were horrendous,’ he told BT Sport. ‘Upamecano has got a big reputation, just signed for Bayern Munich, horrendous he was today. He looked like he had already been in the Bayern dressing room it seemed.’

And supporters were quick to mock the notion of the transfer links as they watched Upamecano, who while was not at direct fault for any of Liverpool’s goal, put in a far from convincing performance.

Many viewers of the last-16 tie were left wondering what all the fuss was about while posting on social media, considering his standing within the game. 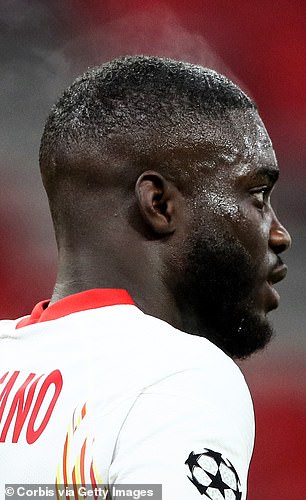 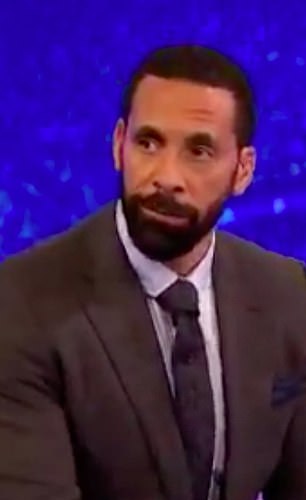 The Bayern Munich-bound defender rarely looked in control as the Reds dominated the game, with Rio Ferdinand (right) calling his display as ‘horrendous’

One Manchester United supporter reflected that his side missing out on the defender was a blessing in disguise, saying: ‘Looking at it United might have dodged a bullet with Upamecano.’

A Liverpool supporter shared a similar sentiment reflecting he was no better than Joe Gomez: saying: ‘Watching Upamecano makes me feel I’ve been way too critical of Gomez.’

Another supporter claimed Upamecano made a good move to not be exposed by the Premier League. 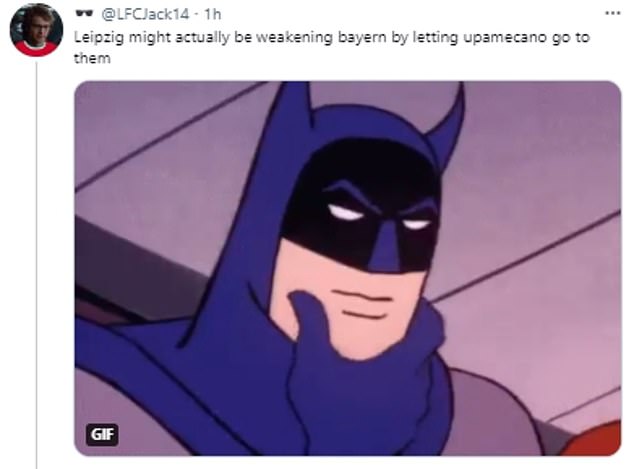 They said: ‘Good choice by Upamecano to avoid the Premier League, because this guy would be would have the lights on him on a gameweekly-basis.’

One Liverpool fan even claimed that his reputation was over-hyped, adding:  ‘Upamecano is the biggest fraud in Europe hahahaha I can’t believe we were ever linked with him.’

With a tongue in cheek post, another user suggested Upamecano’s sale was a plot to weaken Bayern Munich, adding: ‘Leipzig might actually be weakening Bayern by letting Upamecano go to them.’