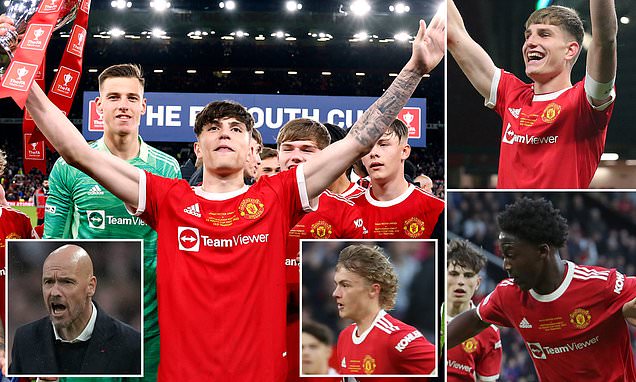 Once Erik ten Hag has recovered from Ajax’s title celebrations, no doubt he will watch the tape of Manchester United’s Youth Cup final win.

Someone as meticulous as the incoming manager will be eager to see the next generation at Old Trafford and how they’re coming along.

Ten Hag has a very good track record of bringing on talented young footballers and it just so happens that his arrival in Manchester coincides with a promising United crop.

This was their the club’s 11th Youth Cup triumph overall but their first in 11 years. There have been times in the past decade when United’s academy sides – rather like the first team – have lagged well behind Chelsea and Manchester City.

And while Nottingham Forest made them work awfully hard for it, with the penalty award for the crucial second goal suspiciously outside the box, there were plenty of encouraging signs. 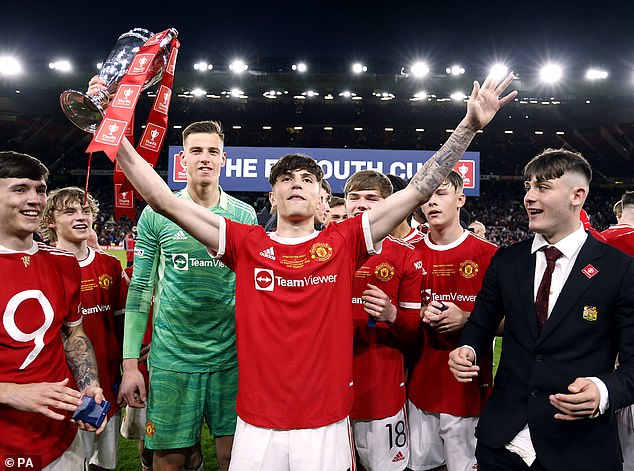 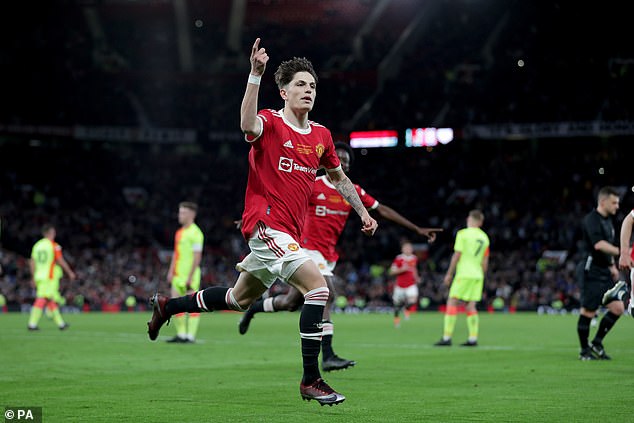 The matchwinner, Alejandro Garnacho, is certainly a name to remember.

While several of these under-18 players have trained with the first team, Garnacho is the only one to have been handed a senior debut, a few minutes off the bench against Chelsea last month.

The winger, signed from Atletico Madrid in 2020, has clearly been the stand-out performer in this Youth Cup run with his double here making it seven goals in all.

A huge crowd of 67,492 cheered Garnacho wildly when he mimicked Cristiano Ronaldo’s trademark Siiiu celebration after tucking away his 77th-minute penalty. 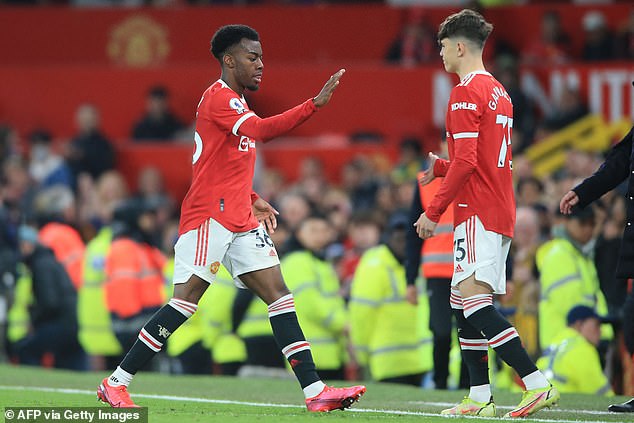 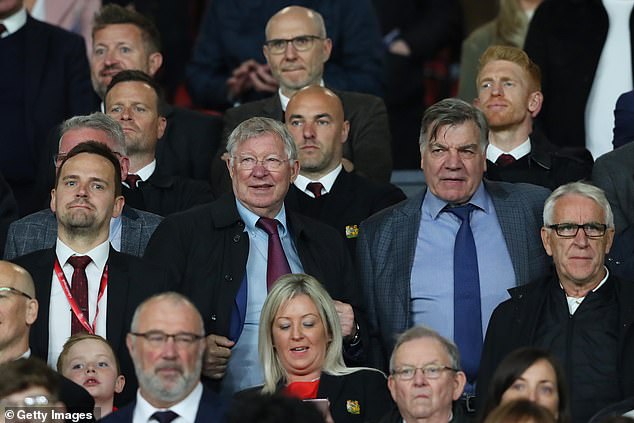 And Sir Alex Ferguson was beaming when Garnacho surged into the Forest box to blast home United’s third. The legendary manager can certainly spot a talent, so that was a promising sign.

Likewise the fact Garnacho, 17, was more than willing to press opposition defenders, something Ten Hag demands without exceptions.

The penalty came after Garnacho stole the ball from Zach Abbott after the Forest defender tried to turn on the edge of his box. And his second goal came after he seized onto the ball following a miskicked clearance.

Already in the wider Argentina squad, Garnacho trained alongside Lionel Messi during the March internationals. 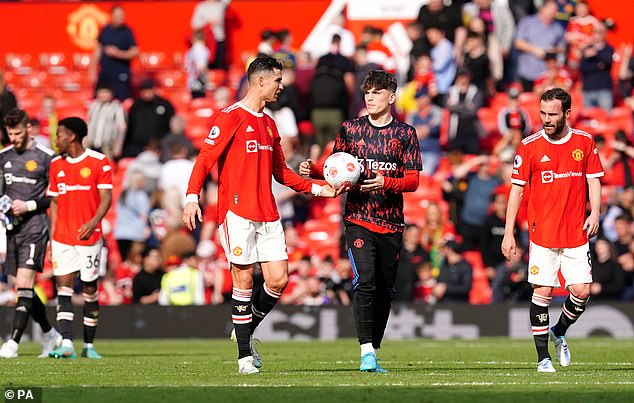 After Ronaldo scored a hat-trick against Norwich, he gifted the matchball to Garnacho, who called the Portuguese the GOAT on social media. That prompted some sharp replies from his Argentine, Messi-worshipping mates.

But if Ronaldo does stay for another season, Ten Hag should ensure the 37-year-old is Garnacho’s personal mentor at Carrington.

Touchingly, Garnacho, with an Argentine flag draped over his shoulders, lingered around on the pitch post-match to pose for pictures with wide-eyed fans, some not much younger than him.

They shouted ‘Viva Garnacho’ which sounds very similar to their song for a certain other player.

Earlier in the day, he’d been named the under-18s player of the season and seemed eager to locate his trophy for souvenir pics with his family, who have moved to Manchester to support him. 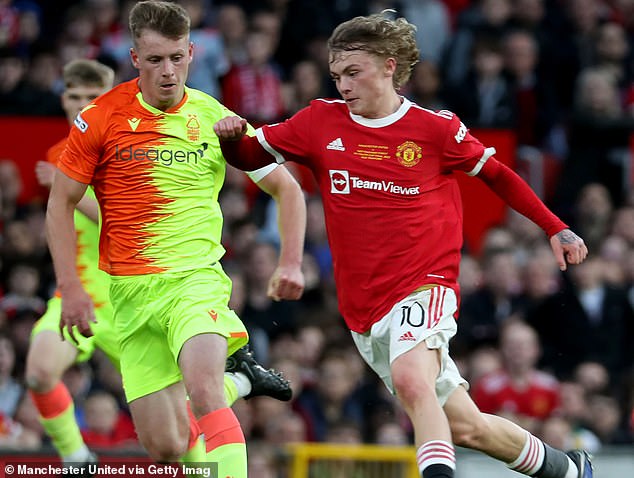 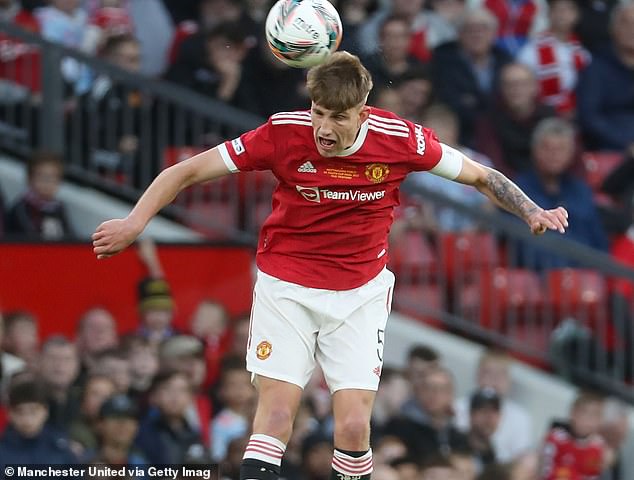 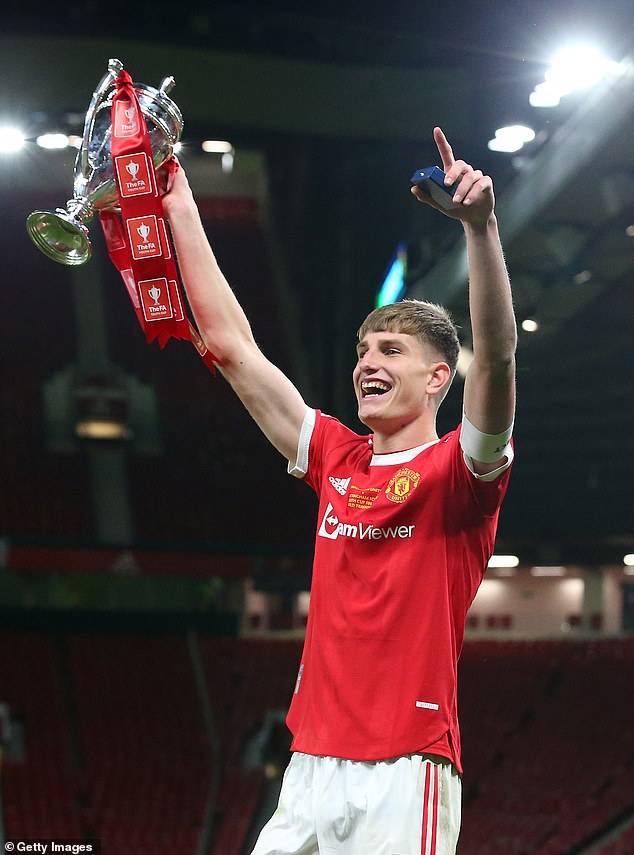 Who else caught the eye? Well, the Norwegian Isak Hansen-Aaroen certainly sparkled in United’s midfield and it was a slight surprise to see him subbed off on 64 minutes.

He came through at his hometown club Tromso, who regarded him so highly they made him the youngest debutant in their history at just 15 years and 323 days.

Perhaps it was the fact countryman Ole Gunnar Solskjaer was in charge that persuaded Hansen to join United’s academy in August 2020.

He plays with flowing hair and his socks rolled down and certainly wasn’t fazed by this grandest of stages. Hansen always seem to be in space and was always more than willing to run directly at the Forest defenders.

It was his mazy dribble that won the free-kick 30 yards out that resulted in United’s early opener.

The scorer was their skipper Rhys Bennett, stooping to meet Sam Murray’s delivery and here was a young captain more than willing to lead from the front. 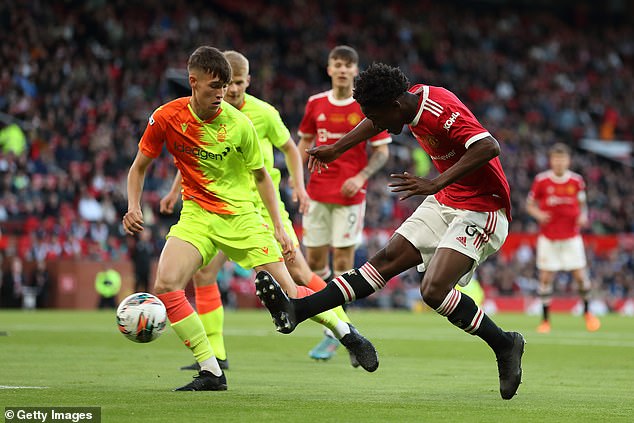 As United’s players celebrated, the MUTV cameras panned to Harry Maguire sat in the stands. What point was being made only the director will know but it was an excuse for the social media trolls to fling some abuse at the club captain.

Bennett helped keep United organised at the back as Forest fought their way back into the contest towards the end of the first-half.

In midfield, Kobbie Mainoo is certainly an energetic presence and he combines bite in the tackle with a big stride driving forward. Forest didn’t seem entirely certain what to do at times.

It couldn’t be everyone’s night, however, and young keeper Radek Vitek committed a howler when he allowed Joshua Powell’s tame shot to squirm through him for Forest’s leveller.

Again, the TV cameras picked out someone well-known in the crowd in David de Gea and the Spanish keeper’s face was etched with concern for his young counterpart. 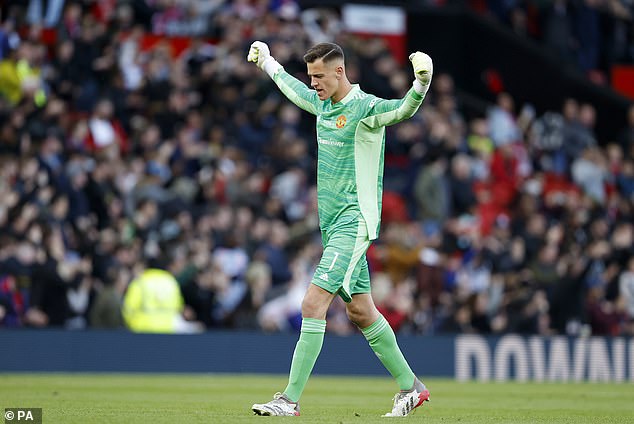 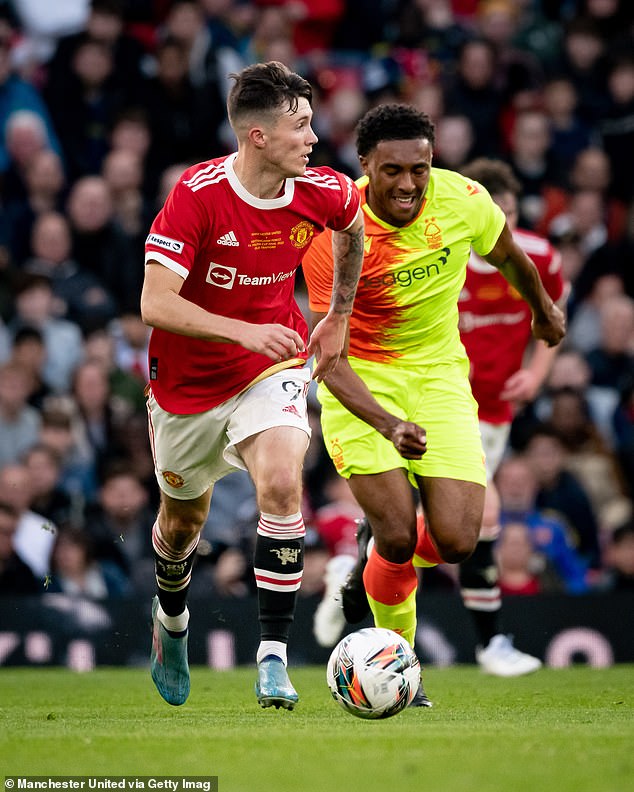 It wasn’t Charlie McNeill’s best night, either. He is a prolific scorer at youth level but ran down too many blind alleys here and was well marshalled by Forest’s physical defenders.

McNeill didn’t appear best pleased to be taken off just after the hour and tried to sneak past coach Travis Binnion to the bench. Binnion insisted the player acknowledge him.

The fresh legs of Joe Hugill up front – and other subs around that time – did actually provide the renewed impetus that led to United winning it late on and McNeill certainly seemed happy enough in the post-match celebrations.

Hugill has spoken about how Ronaldo has helped him with his penalty box positioning in training sessions and what better mentor could you wish for? 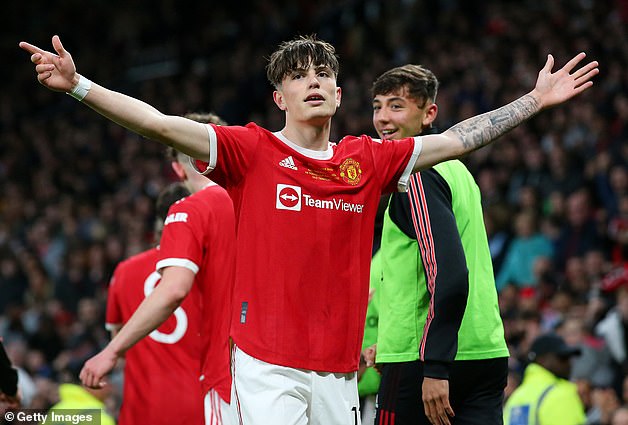 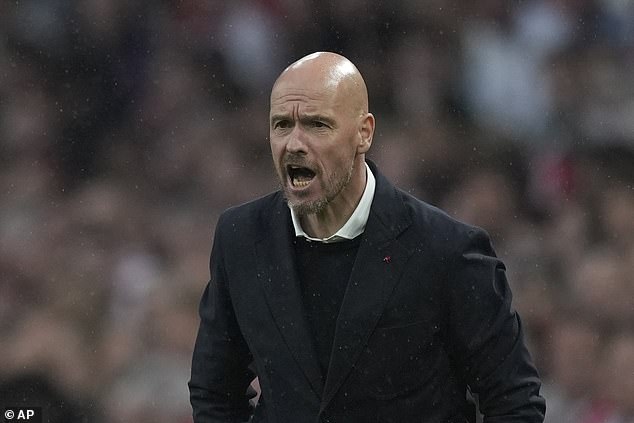 It’s certainly a stretch to suggest any of these players are ready to become first-team regulars but you’d expect one or two to make it in a few years’ time.

Garnacho is undoubtedly the closest and Ten Hag may wish to take a closer look at him and a couple of others on United’s pre-season tour of the Far East and Australia.

As ‘Glory Glory Man United’ played out at the final whistle, what is for certain is that the club’s academy is gaining its strength once more after a few lean years.

Ten Hag is a coach who specialises in the granular, taking an interest in young players’ lives on and off the pitch even down to advising them which newspapers to read.

Marrying this attention to detail with one of the world’s most successful academies may eventually lead to more prestigious trophies returning to Old Trafford.