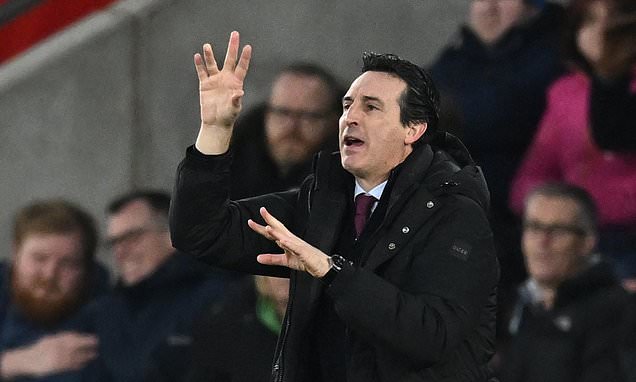 Towards the end of his Arsenal reign, and seemingly more than he was previously, Unai Emery appeared to be at pains to try to improve relations between fans, him and his team. But by then the disconnect was irreparable.

On his return to England with Aston Villa, Emery appears to have learned from that experience.

Forging that bond has been among his early priorities and the process is going as well as things on the pitch in the Premier League for Emery. 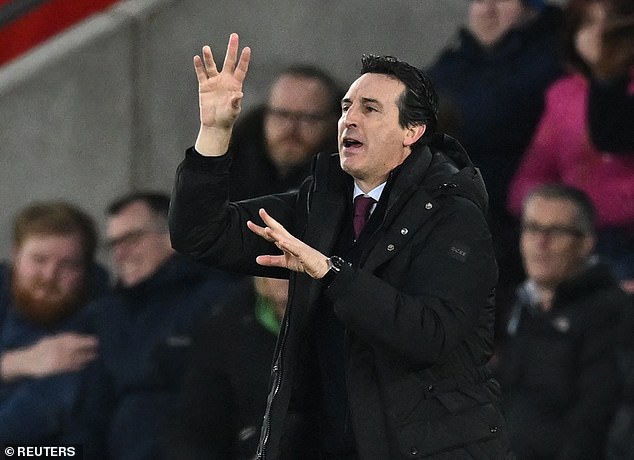 His social media posts regularly refer to the fans who are enthusiastically singing his name in response.

He has been able to quickly make himself far more popular with his new public thanks to an upturn in form.

When he was appointed, Villa were looking over their shoulder, flirting far too closely with the bottom three.

Seven league games later — including five wins — they are thinking of Europe.

Ashley Young said: ‘We’ve got to look as high as we can, as we want — European places. 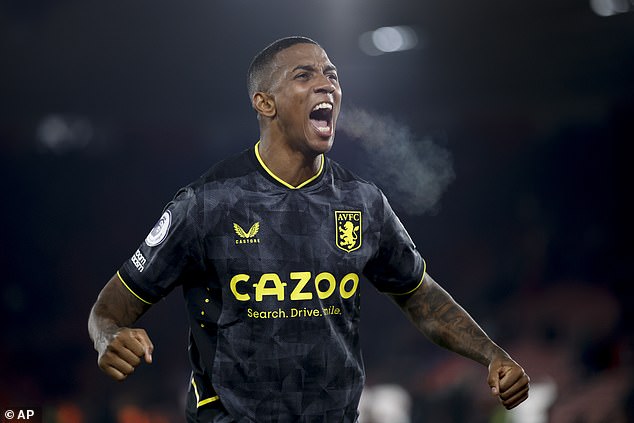 ‘I’ve said from the time I came back to the club, a club the size of ours, I was here when we had European nights before and it’s fantastic.

‘The manager, his staff, all the players, the owners, what they see now is the club being back in Europe and that’s where we’ve got to be looking.

‘The manager is a winner. He’s brought in his presence, his aura. He’s won at different teams he’s managed and he’s bringing that winning mentality to everyone.’

Villa are now just a point outside the top half and the top six is only a win away after Ollie Watkins’ winner at St Mary’s. 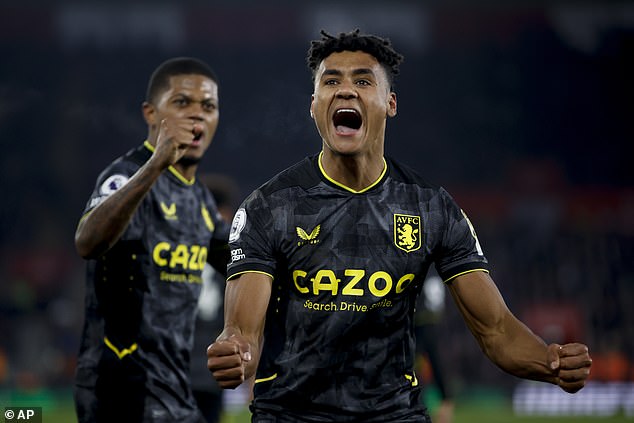 The defeat brought a halt to disappointing Southampton’s mini-upturn. They have no time to feel sorry for themselves with the first leg of their Carabao Cup semi-final against Newcastle up next tomorrow.

Defender Duje Caleta-Car said: ‘We now need to forget this and to turn around for Newcastle.

‘Everyone wants to get to the final and fight for the trophy. I hope it will be a better performance than it has been today and we show in the cup that we are playing better.’