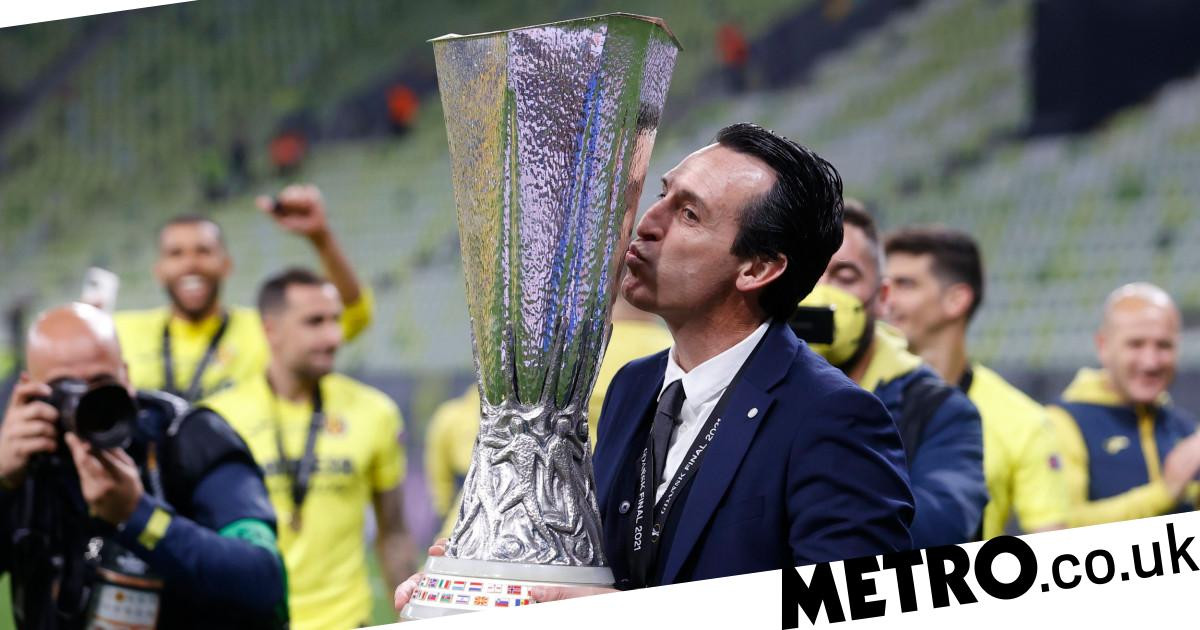 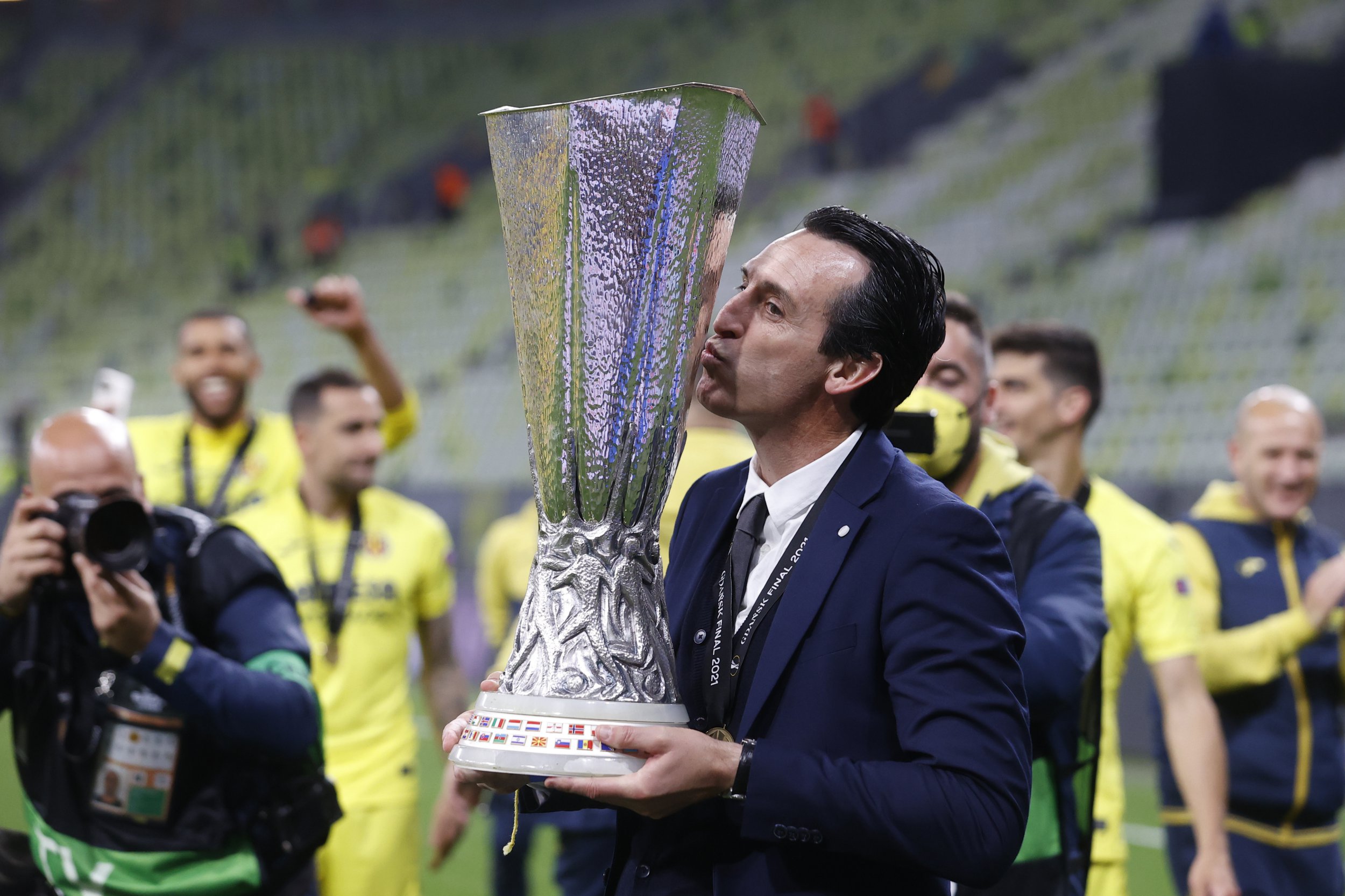 Unai Emery has credited Arsenal for being part of his journey to win the Europa League with Villarreal.

The Spanish club edged out Manchester United in a tense penalty shootout in Gdansk on Wednesday evening.

It is now the fourth time Emery has won the Europa League in his career, while it is also the first major trophy in Villarreal’s history.

On his way to the final, Emery knocked out his former club Arsenal in the semi-finals.

During his time as Arsenal manager, Emery guided the team to another Europa League final but his side were beaten by Chelsea.

Emery was sacked six months after the defeat in that final but the Spaniard believes that setback at Arsenal has helped him develop as a coach.

‘I believe it’s not a sporting revenge at all,’ Emery said after Villarreal’s win over United.

‘I try to enjoy every moment, winning and losing. I try to create new circumstances, so everywhere I have been, even in England at Arsenal, I have learnt a lot, met many people, other cultures and football.

‘At the end of that story was professional frustration, but some other doors opened then.

‘Winning today is a satisfaction, but for my club today, as it was when I was at Sevilla.

‘When I was at Arsenal, we played a Europa League final and could not win but it is a process, from that game I learnt a lot to win this one maybe.’

Asked if he had doubts after his sacking at Arsenal, Emery replied: ‘Doubts are something you can go through in your professional career. You can have doubts but then you find responses.

‘I doubt the eleven I’m going to put on the pitch, I doubt about the changes I should do during the game, how I’m going to plan a training session. But with this doubt I ask myself questions and then I check the responses.

‘I’m enjoying my career because I like football, I like to work in the football world, I like that feeling of being in a club and everywhere I’ve been I’ve defended my colours with much pride and respecting everyone.

‘My idea is to bring with me my experiences, sometimes I manage to do it, sometimes not, but mainly I enjoy my work as a coach, I enjoy being with my team, my staff. I’m the visible one but there are many people behind me who bring a lot and give a lot. It was the same at Arsenal, Sevilla, Paris Saint-Germain, and it’s the same here.’