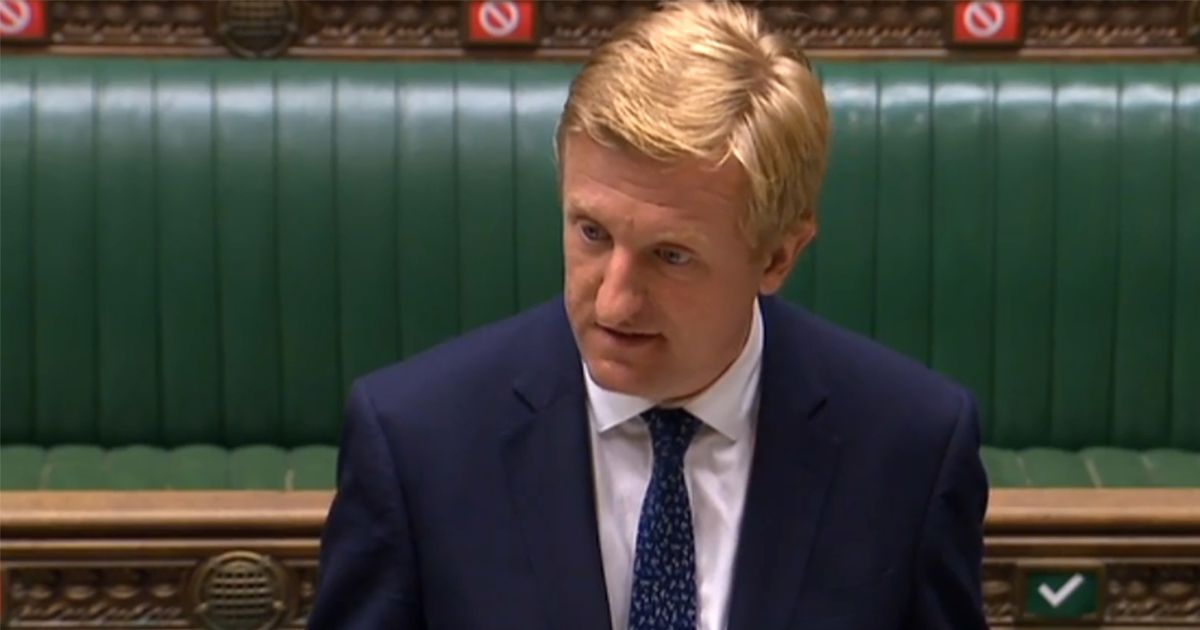 Culture Secretary Oliver Dowden has blasted the “tone deaf” proposals for six Premier League clubs to join a controversial European Super League, insisting the Government will do everything in its power to stop the project in its tracks.

On Sunday night it was confirmed that 12 of Europe’s leading clubs – England's Arsenal, Chelsea, Liverpool, Manchester City, Manchester United and Tottenham, Spain's Atletico Madrid, Barcelona and Real Madrid, and Italy's AC Milan, Inter Milan and Juventus – are planning to break away from UEFA competitions and form a new midweek competition.

But Dowden hit out at the proposed move in parliament on Monday, saying: “I was appalled by the announcement late last night that a handful of clubs are proposing to form their own breakaway European league.

“These six clubs announced this decision without any consultation from football authorities or Government, worst of all, they did it without any dialogue whatsoever with their own fans. It was a tone-deaf proposal and the owners of the clubs wouldn’t have been able to ignore the near-universal roar of outrage from all parts of the football community over the past 24 hours.

“This move indeed goes against the very spirit of the game. This is a sport where a team like Leicester City can ascend from League One to the Premier League title in under a decade, earning the right to go toe-to-toe against European heavyweights in the Champions League. Instead, a small handful of owners want to create a closed shop of elite clubs at the top of the game. A league based on wealth and brand recognition, rather than upon merit.

“We will not stand by and watch football be cravenly stripped of the things that make people across the country love it. As a Conservative, I believe passionately about defending our nation’s institutions and rich heritage, they are central to our identity and help build a sense of solidarity between people from every generation and every background.

“Just as the Government wouldn’t hesitate to act when other treasured areas of our national lives were under threat, nor will we hesitate to protect one of our greatest national institutions: football. This is, of course, for football authorities to handle first and today, I have met with the Premier League, the Football Association and the president of UEFA, whilst the sports minister has had another series of meetings with the Football Supporters’ Association.

“The football authorities have robust rules in place to deal with this and I know from my conversations with them today that they are rightly considering a wide range of sanctions and measures to stop this move in its tracks.

“My message to them was clear, they have our full backing, but be in no doubt, if they can’t act, we will."

UEFA president Aleksander Ceferin has branded it a “spit in the face” of football fans, insisting he will also do everything possible to prevent it from coming to fruition.

He said: “I cannot stress more strongly at this moment that UEFA and the footballing world stand united against the disgraceful, self-serving proposal we have seen in the last 24 hours from a select few clubs in Europe that are fuelled purely by greed above all else.

“Football is united, all the society is united, governments are united, it's part of our culture, we are all united against this nonsense of a project.

“These cynical plans are completely against what football should be. Our game has become the greatest sport in the world based on open competition, integrity and sporting merit, and we cannot allow and we will not allow that to change. Never, ever.”

He then concluded: “In my opinion, this idea is a spit in the face of all football lovers, and our society as well, so we will not allow them to take it away from us.”

READ MORE:Ian Holloway says European Super League is a betrayal to the memory of Prince Philip