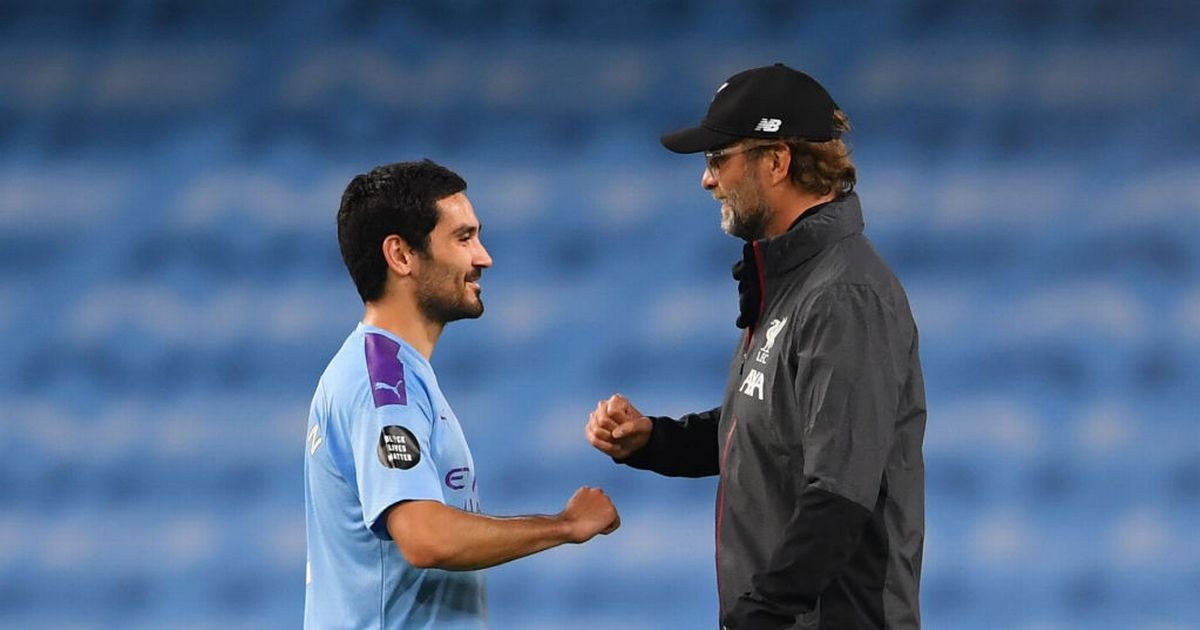 Ilkay Gundogan has trashed UEFA’s new plan for the Champions League, labelling it ‘the lesser of two evils’ in comparison to the proposed Super League.

Gundogan’s Manchester City were one of six Premier League teams to initially join the ESL, only to backtrack 48 hours later due to widespread condemnation.

That tournament now looks on the brink of collapse, with Real Madrid president Florentino Perez confirming it is currently on standby.

However, while the attention was focused on those plans, UEFA confirmed the changes to the existing tournament, which will come in from 2024.

In the proposals, UEFA have confirmed the number of teams qualifying will increase from 32 to 36, while games in the opening stage will go from six to 10.

Speaking on his official Twitter account, Gundogan said: “With all the Super League stuff going on can we please also speak about the new Champions League format?

“More and more and more games, is no-one thinking about us players? The new UCL format is just the lesser of the two evils in comparison to the Super League.

“The UCL format right now works great and that is why it's the most popular club competition in the world – for us players and for the fans.”

Gary Neville, who played such a pivotal role in dismantling the ESL has since retweeted the post, while Liverpool boss Jurgen Klopp has expressed a similar sentiment.

Speaking at the height of the drama surrounding the breakaway tournament, Klopp made sure to mention the changes and how he informed the governing body he didn’t agree with them.

“UEFA wants the Champions League, they showed me there are more games so I told them that I don’t like it months ago," he said on Monday night.

“Anyway, I don’t expect they change it just because I don’t like it but they showed it to me and it happened anyway.

“So it happens more games, if you tell the clubs it’s about money, what do you think with UEFA it’s about?

“FIFA wants a Club World Cup whenever that should happen, that’s about money, nothing else. All these kinds of things, it happens. It’s not just about these clubs.”

The new format would also see two places awarded to teams with strong coefficients, regardless of final league position.

This provision is coming under increasing pressure, with clubs outside the Super League 12 hoping to remove that cushion.