AC Milan’s Alessio Romagnoli scored a stoppage-time winner for the second time in five days as they dramatically beat Udinese 1-0 away on Sunday.

Defender Romagnoli, who scored a freak winner against Genoa on Wednesday, this time blasted home the ball in the 97th minute after a counter-attack to keep his side fourth in Serie A.

Milan won the ball in midfield and burst forward with five players against three but took seemingly an age to finish off the move. 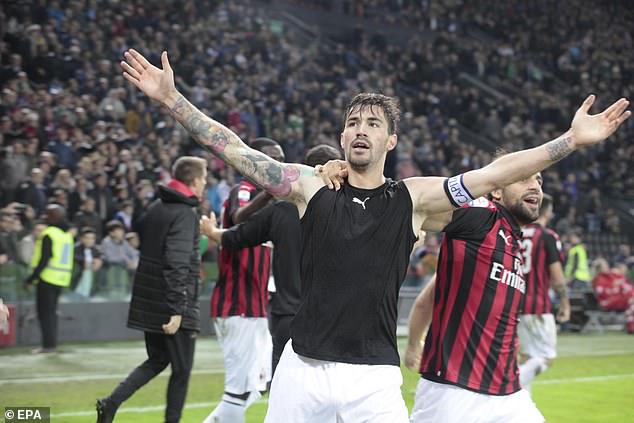 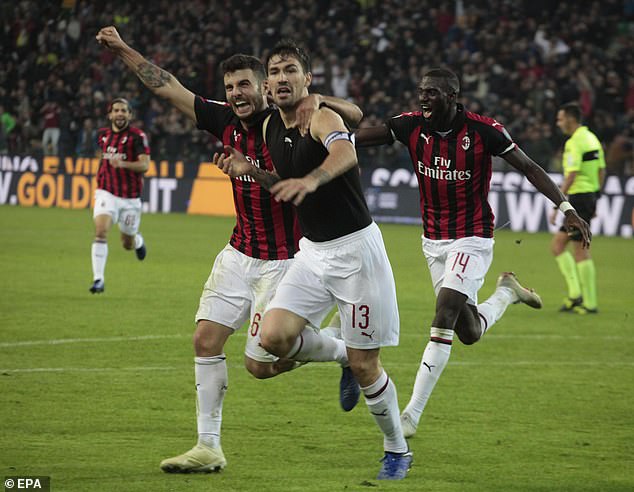 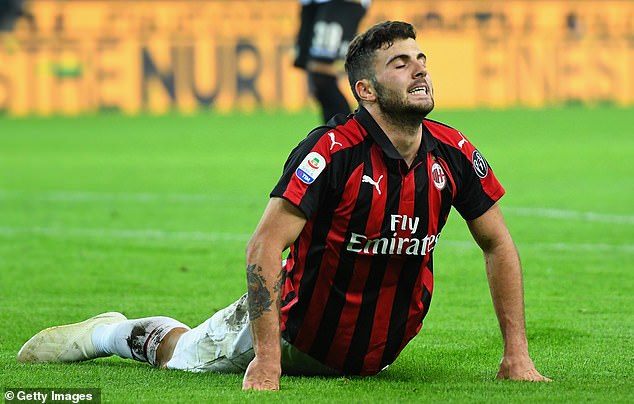 Patrick Cutrone dallied and was forced to the byline, pulled the ball back for Suso who played it to Romagnoli and the pair exchanged passes again before Romagnoli finally blasted home with his left foot.

Romagnoli was mobbed by Milan players and staff and booked for a shirtless celebration but there was more drama when the linesman raised his flag.

Milan coach Gennaro Gattuso was sent off for protesting amid the confusion but the goal was finally confirmed after a VAR review.

Milan, dealt a blow when striker Gonzalo Higuain went off before half-time with what appeared to be a back injury, had missed several chances earlier on with Suso the biggest culprit as he blasted over from an unmarked position. 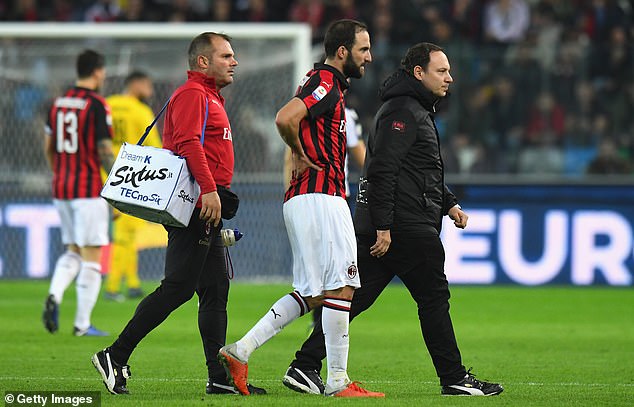 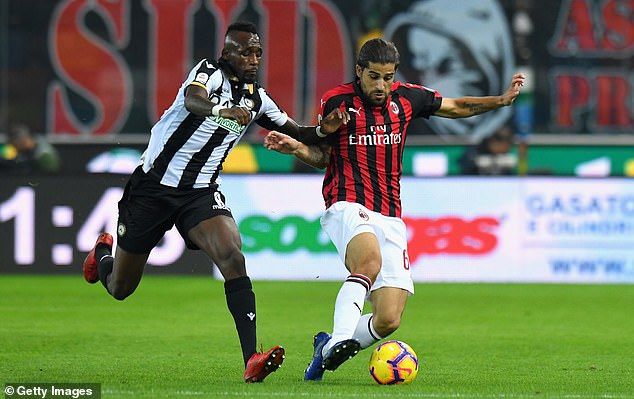 Udinese substitute Bram Nuytinck was harshly sent off for a foul on Samu Castillejo just before the goal, having been on the pitch for only 10 minutes.

‘We deserved to win this game, we arrived with so many injuries and it was not easy to come and play here tonight,’ said Gattuso. ‘Udinese are a physical team and we played the game we had to play. I really liked the second half.

‘I left my area at the end and the referee was right to send me off,’ he added.

It was Milan’s first clean sheet in Serie A since they beat Napoli 1-0 in April, a run of 16 games.

They have 21 points from 11 games, ahead of Lazio on goal difference. Juventus, 3-1 winners over Cagliari on Saturday, lead with 31 while Napoli and Inter have 25. 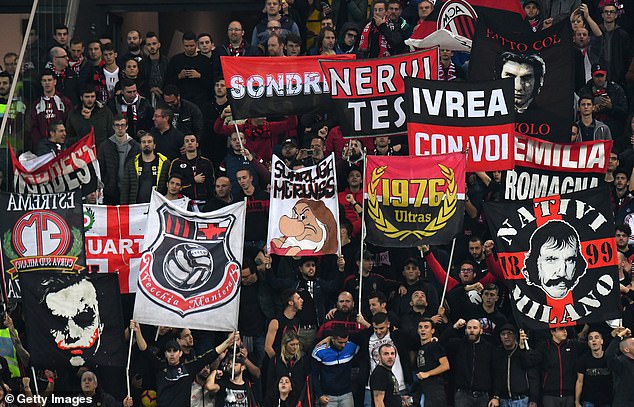