Jamie Carragher has picked his Premier League team of the season so far but surprisingly left out several key Liverpool stars.

The Kop legend plumped for seven players from his old club who have been the runaway leaders in the Premier League this season.

But some of his omissions will come as a big shock to some, which included a player he has previously described as Liverpool’s ‘most important’. 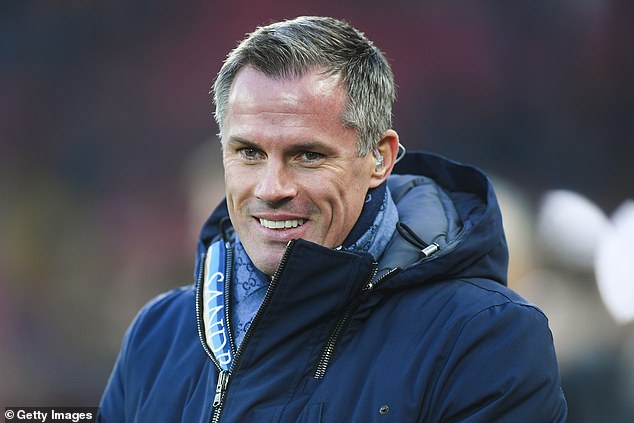 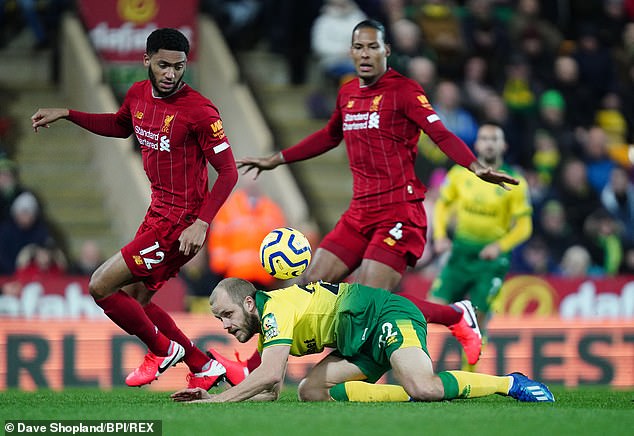 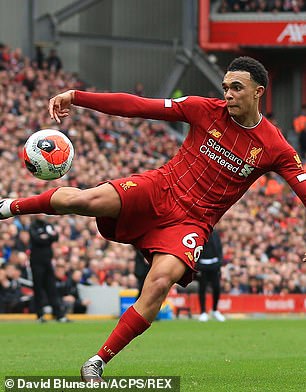 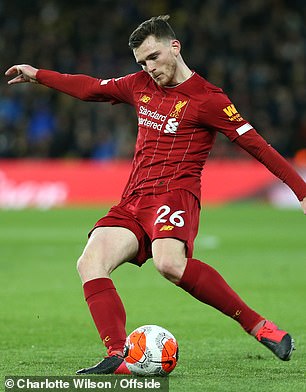 But there no place for Alisson in goal despite the Brazilian registering 10 clean sheets this season – only Burnley’s Nick Pope (11) has more.

Liverpool’s No 1 has missed a number of Premier League games this season due to a couple of injury setbacks and lost out to Sheffield United’s Dean Henderson, who has been in outstanding form for Chris Wilder’s men and also has recorded 10 shutouts. 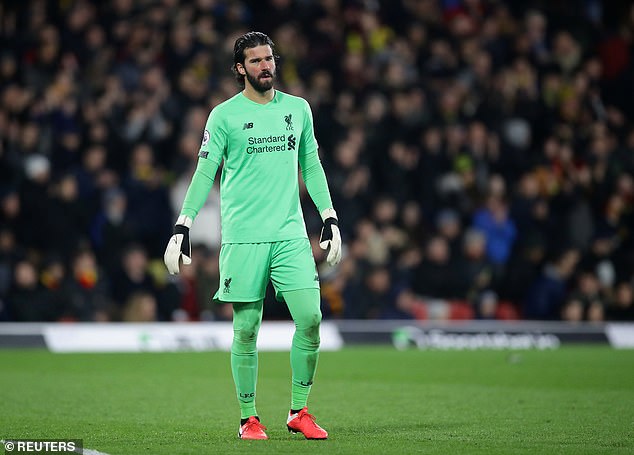 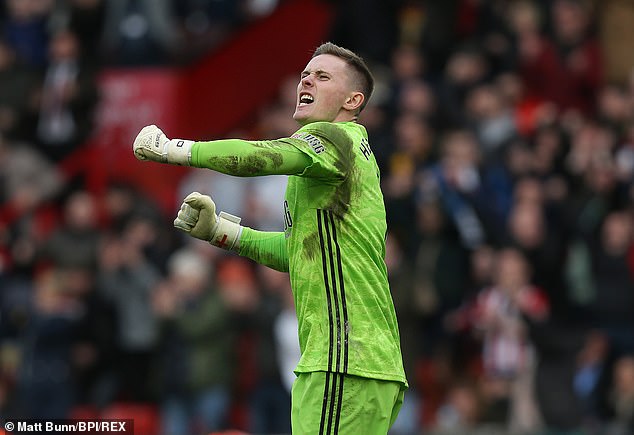 Carragher admitted choosing the defensive players was a much easier decision, although he did consider leaving out Gomez as well.

‘I am going to be honest,’ Carragher said in his column for The Telegraph. ‘Assembling this team I am very wary of having too many Liverpool players, and this is one of the positions where I thought long and hard about alternatives.’

Manchester United’s Harry Maguire and Leicester stalwarts Jonny Evans and Caglar Soyuncu were highlighted as potential options by Carragher, but he went with Gomez in the end.

Moving on to the midfield and there is another unexpected exclusion.

This time, the Liverpool player to miss out is Fabinho. Carragher declared he had been their ‘best player until December’ prior to the Brazilian picking up an injury but could not find room for him in his team. 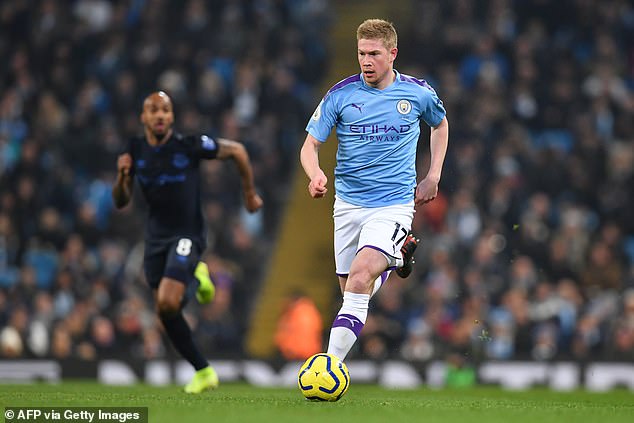 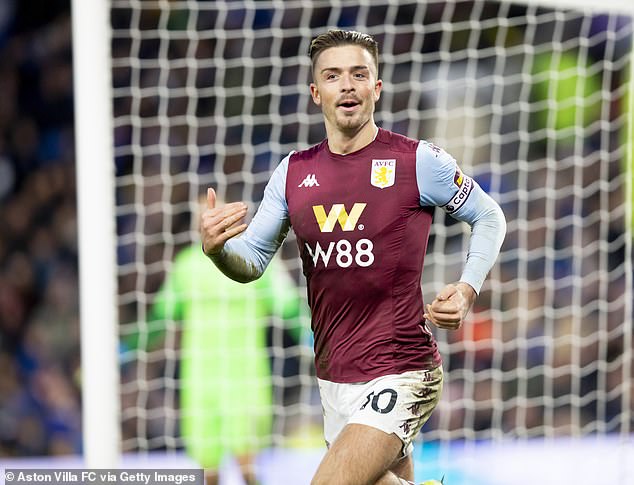 Jack Grealish, who has had impressive season back in the top-flight, also got in the side 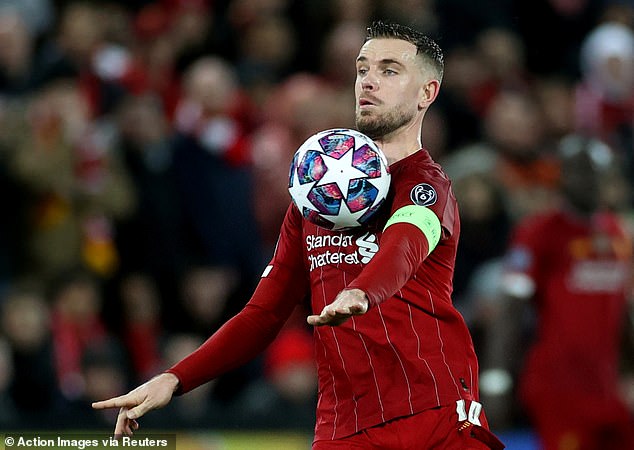 But there was a place for Liverpool skipper Jordan Henderson.

Henderson has earned plaudits for being one of Liverpool’s standout players this season and is a strong contender for the PFA Player of the Year Award, but while Carragher named him in his XI, he feels one of his team-mates would be a more worthy winner.

Speaking about who should pick up the coveted prize, Carragher said: ‘It may be many months before the Player of the Year award is presented, but [Sadio] Mane deserves it.’ 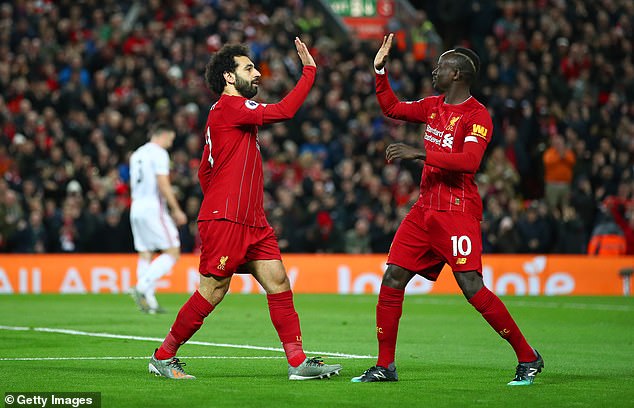 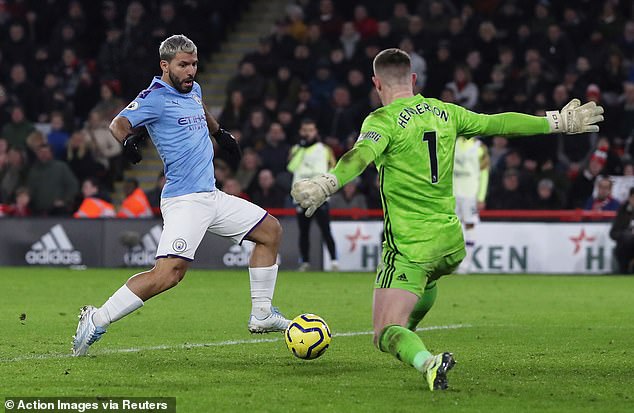 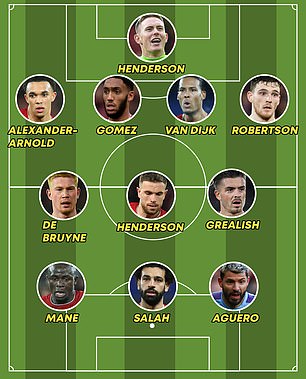 Carragher’s PL team of the season so far

It will come as no surprise then that Mane was among Carragher’s front three. Sergio Aguero was another no brainer, but who bagged the last spot.

Quick clue, it wasn’t Roberto Firmino, despite Carragher previously stating that no player was more important than him to Liverpool.

Speaking about his final decision, Carragher added: ‘There was a moment when considering this line-up when I thought of leaving out Salah and selecting Raheem Sterling.

‘I slept on it and thought, “What am I thinking?”. Nothing against Sterling, but he plays on the left, not right, so I am not prepared to compromise to leave out a player of Salah’s class.’