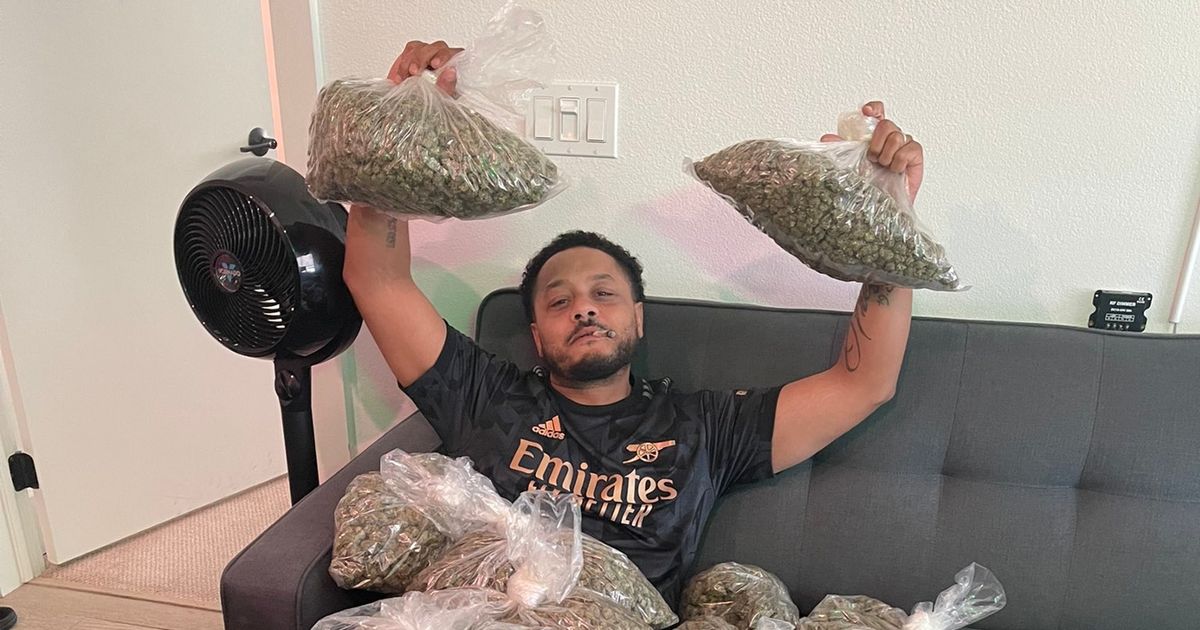 Former AFTV favourite Troopz has been pictured with an unidentified substance that some fans believe to be cannabis, leading one Twitter user to make a wisecrack about the star.

Troopz – real name Aumar Hamilton – posted a snap of himself on social media with something in his mouth and at least nine bags of the unconfirmed matter, which some alleged to be weed. The 34-year-old social media star has admitted to smoking cannabis in the past and captioned the upload: "How’s your Friday been."

That led to some hilarious responses from football fans about the picture, which was uploaded to Twitter from Los Angeles where it's legal to possess and smoke marijuana.

Although Troopz did not confirm whether the substance was indeed cannabis, one supporter joked: "Troopz with the amount of weed you need to smoke to think arsenal are a good football team."

During an appearance on the Gasworks YouTube channel show "Troopz chats AFTV, eating a** and smoking more weed than Snoop" in December 2019, the former AFTV regular spoke about his relationship with smoking.

Do you miss Troopz on AFTV? Let us know in the comments section below.

Asked what sort of content he could do away from football, Troopz said: "I smoke more than these man," referring to several people mentioned earlier in the chat.

"I think I would be last man standing," Troopz continued talking about the potential for a smoking competition with the likes of Snoop Dogg. "I'm 32, I've been smoking since I was 10. These lungs are different, blud.

"You want to sit at my table and smoke, then you better come with the L badge, the L plate. It gets gritty around here, trust me. I will fry man's skull, I'm putting it out there. If you want to go at the smoke off…I will smoke your lungs away."

Troopz later talked about "bunning the whole day." He added: "I don't need to eat to bun. I bun three zoots before I leave my house. I wake up straight away and bill a zoot."

Despite Troopz's previous comments about cannabis, he has not confirmed what the substance was in the Twitter image he uploaded on Saturday morning from Los Angeles.

Troopz now works for Barstool Sports, having left AFTV in 2020. Daily Star Sport has contacted him for comment.