Kieran Trippier insists he is not being distracted by the betting charge that hangs over him and threatens his prospects of playing at the European Championship.

The Atletico Madrid right back was charged by the FA in May and had to withdraw from last month’s squad for the Nations League fixture against Denmark to attend a personal hearing over the allegations.

These relate to bets placed around the time of his move to Spain. Daniel Sturridge recently served a four-month suspension after contravening betting rules following a loan move from Liverpool in January 2018. 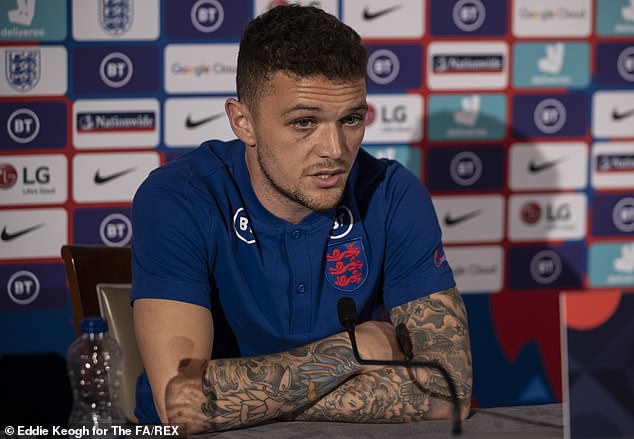 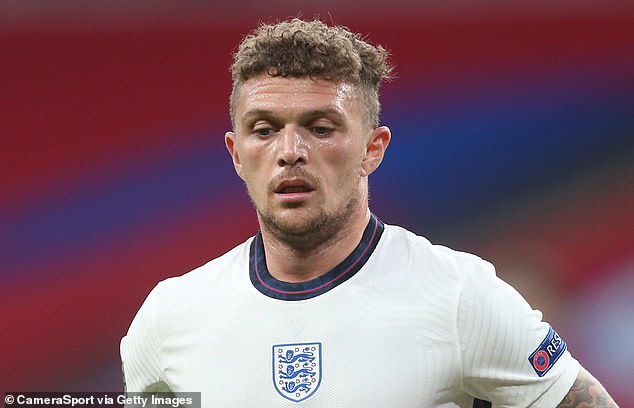 But the FA had wanted the striker to receive a six-month ban and Trippier, if found guilty, could face similar punishment.

Although unable to speak directly about the ongoing case, Trippier — who will win his 25th cap against Iceland on Wednesday night — made it clear that it is not preying on his mind.

‘I’m just thinking positive,’ said Trippier. ‘I’m here now with England so I’m just concentrating on my football. I’m trying to give my all like I’ve done throughout my whole career and whenever I next play will be no different.’

Trippier has been described by Gareth Southgate as a warrior and he is held in high regard by the coach but, equally, the 30-year-old knows there is huge pressure on his place being applied by the likes of Liverpool’s Trent Alexander-Arnold and Chelsea’s Reece James.

‘My love for football has always been there and it always will be,’ added Trippier. 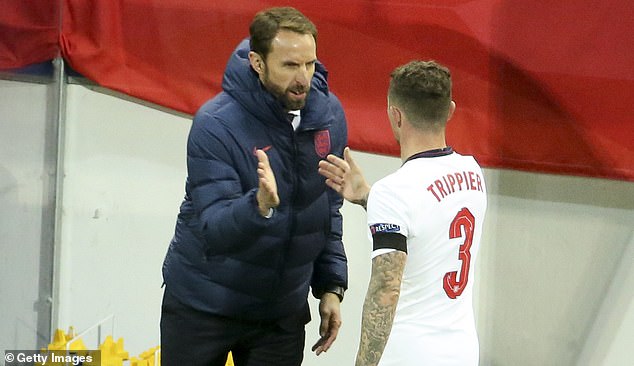 ‘I’ve just been focusing on my club, my country when I’ve been called up and, like I said, we’ve had a good start with Atletico.

‘I love coming away with England, every opportunity I get if I get picked by England, I will enjoy it. Being captain of my country was a huge honour, playing against Wales last month.

That’s the biggest highlight of my career and something I’ll never forget.’

Tom Brady vs. Patrick Mahomes: How long will it take for Chiefs QB to reach GOAT status?