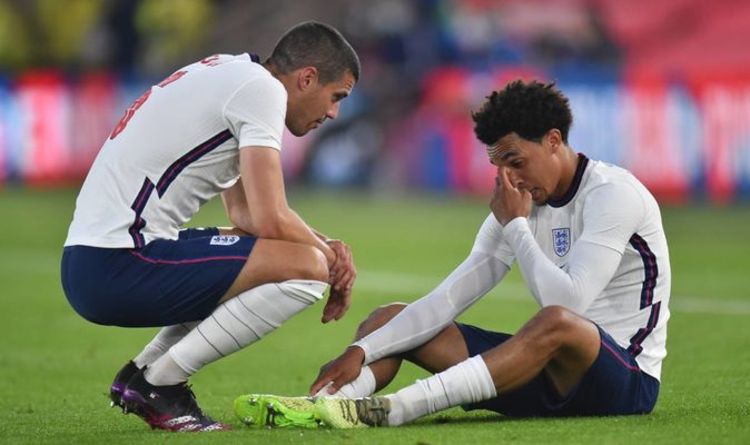 Gareth Southgate will be holding his breath over the fitness of Trent Alexander-Arnold for the European Championships after the Liverpool right-back limped out of England’s friendly against Austria on Wednesday night.

Alexander-Arnold signalled to Southgate and the England bench that he needed to be replaced in the closing stages of the 1-0 win.

The 22-year-old appeared to injure his left hamstring when clearing the ball following a throw-in in the 86th minute.

He immediately waved across the pitch to Southgate and went to ground clutching the back of his leg.

To make matters worse, referee Lawrence Visser then gave the Liverpool defender a yellow card when he came back onto the field to delay play.

Alexander-Arnold had to be helped around the side of the pitch by a member of England’s medical team and looked disconsolate at his luck.

JUST IN: England booed by fans as they take the knee ahead of Austria friendly 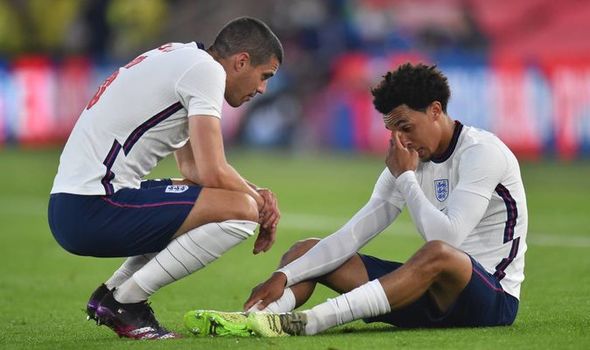 “It doesn’t look great, I have to say,” ITV co-commentator Lee Dixon said. “The fact no one was near him as he tried to clear it.

“If he has any sort of muscle strain at this stage he’s in trouble.”

The blow comes just a day after Alexander-Arnold was named in Southgate’s final 26-man squad for Euro 2020.

The Liverpool right-back was included alongside Kyle Walker, Reece James and Kieran Trippier following a strong finish to the season with Jurgen Klopp’s side.

It remains to be seen whether he can shake off the injury, but former Manchester United midfielder Roy Keane was worried post-match.

Jack Grealish celebration: Why does England star make an ‘A’? 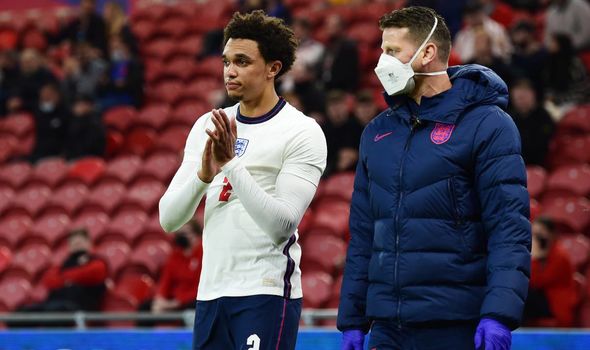 “It certainly didn’t [look good], and we’re obviously quick to jump the gun and talk about how serious it might be,” Keane said on ITV.

“He walked past us there and he looked really uncomfortable, he was swearing quite a bit so it doesn’t look good, absolutely not, the guy looks in big trouble.”

England already have injury doubts about Jordan Henderson and Harry Maguire, who were both named in Southgate’s squad but did not feature against Austria.

The Three Lions can name a replacement in the event of a serious injury, with the likes of Jesse Lingard, James Ward-Prowse and Ollie Watkins waiting in the wings.