Tottenham boss Jose Mourinho has long been castigated for his style of play over the years, especially during his time in charge of Manchester United. And Spurs adopted a typical Mourinho strategy in the home game against Pep Guardiola’s Manchester City on Saturday.

Spurs have looked in top form this season with big wins over Southampton and Manchester United.

The front two of Son Heung-Min and Harry Kane have been in the form of their lives so far.

But Tottenham have had to grind out wins in recent weeks.

JUST IN: Jose Mourinho and Pep Guardiola in war of words over England selection 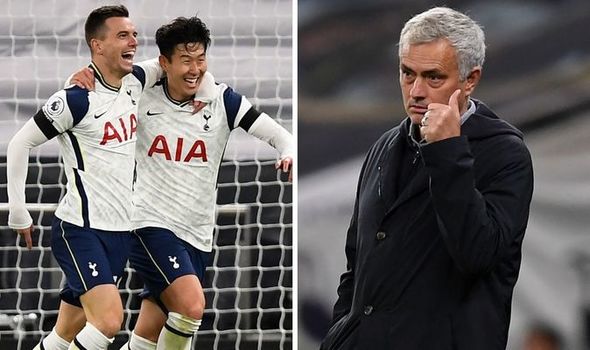 Heading into the game against City, Tottenham were on a three-game winning streak in the league.

However, victories over Burnley, Brighton and West Brom were far from convincing.

They scored late winners in all three games as Tottenham struggled to break down defences.

Against City though, Mourinho reverted back to tactics which didn’t go down well with fans at United.

‘I would never say no’ – Jose Mourinho reunion on the cards

Son gave Tottenham the lead early on after breaking the offside trap before tucking away his effort under the legs of Ederson.

Spurs then appeared to sit back on their one-goal advantage as City ramped up the pressure.

Guardiola’s side thought they had found an equaliser in the first half when Aymeric Laporte scored but the goal was chalked off after Gabriel Jesus was adjudged to have handled the ball in the build up.

Still, City continued to push forward with little intent from Tottenham to do the same.

Spurs’ defence stood strong under relentless pressure though and gaps soon started to appear in City’s defence as they pushed more for an equaliser. 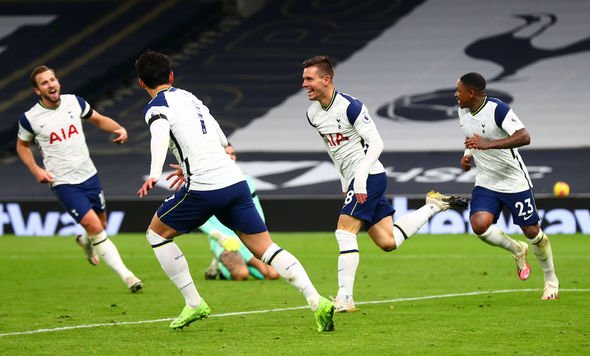 And the tactic paid off in the second half as Tottenham counter-attacked perfectly.

Kane picked up the ball in the centre circle before finding Giovani Lo Celso with a delightful pass before the Argentine slotted past Ederson to double Tottenham’s lead.

That appeared to take the wind out of City’s sails with Tottenham holding on for a valuable win.

At United, Mourinho came unstuck when trying to use his tried-and-tested ‘Mourinho-ball’ tactic.

But it worked to perfection against City with Spurs now sitting top of the Premier League.

Tom Brady vs. Patrick Mahomes: How long will it take for Chiefs QB to reach GOAT status?