Jose Mourinho reportedly wants to bring in Dutch veteran Bas Dost as his backup striker after giving up on Napoli frontman Arkadiusz Milik. Tottenham are still yet to bring in a new centre-forward to provide cover for Harry Kane, a position that was deemed a priority at the start of the transfer window.

Daniel Levy’s search for a striker started back in January and the club are still yet to replace Fernando Llorente, who left on a free transfer in September 2019.

Given that Kane will always play when fit, it’s become a real challenge for the Spurs board to bring in a top-level forward who accepts he may only get limited game time at the club.

In the past two seasons, Kane has suffered ankle and hamstring injuries leaving Tottenham short of options for significant portions of the season.

While Son Heung-min and Lucas Moura have proved effective through the middle when required, Mourinho is now after something more sustainable.

JUST IN: Man Utd think Jadon Sancho ‘will be ready for Crystal Palace match’ ahead of transfer 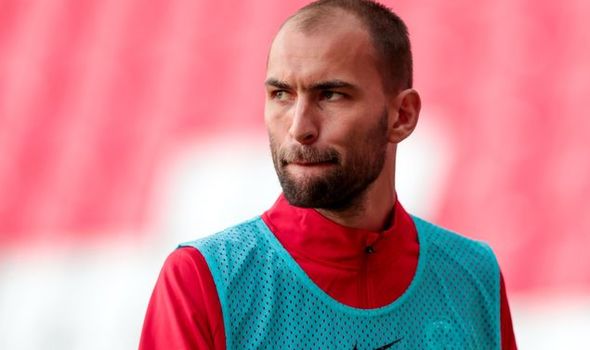 The club had been after Polish international Milik, who has just one year remaining on his Napoli contract.

However, the Italian outfit were looking for around £27million before agreeing to a sale – which is out of Tottenham’s price range.

Roma have now reportedly agreed a £23m deal with Juventus for the striker which could see Edin Dzeko go the other way.

According to the Daily Mail, Mourinho has ordered Levy to go after Eintracht Frankfurt target man Dost.

The 31-year-old is 6ft 5′ and is renowned for his aerial prowess and hold up play.

He would provide Tottenham with a different skill set from the bench and is a proven goalscorer in the Eredivisie and the Bundesliga.

The report claims that Frankfurt want just £5.5million for the striker, who has two years remaining on his current deal.

Tottenham have fallen short with several other targets in their pursuit for a new striker including Patson Daka, Ollie Watkins and Callum Wilson.

Watford’s Troy Deeney remains an option while Tottenham are said to have held talks with Trabzonspor over a deal for Alexander Sorloth, according to their president Ahmet Agaoglu. 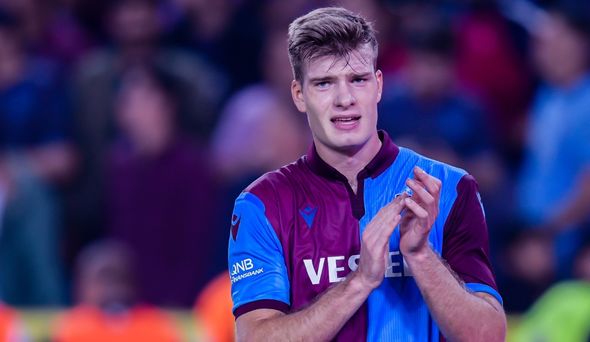 The Norwegian still belongs to Crystal Palace but the Turkish club are set to complete the permanent purchase of the 24-year-old.

Mourinho did not deny his interest in the striker when quizzed on Agaoglu’s comments. He said after the 1-0 defeat to Everton: “Well I’m not going to discuss Sorloth. If the president of Trabzonspor told that I’m not going to say that it’s not true,” he said. “I think Sorloth is a Trabzonspor player and it’s not for me to speak about.

“Do we need a striker? Yes we need. Was it because of that we lost the game? No.