‘The Hugo situation is slightly worrying… but it’s the same story as the Inter game’: Tottenham threw it away against PSV, say Jermaine Jenas and Harry Redknapp

Former Tottenham boss Harry Redknapp insisted his old side ‘threw it away’ in the Champions League after a controversial 2-2 with PSV Eindhoven.

Mauricio Pochettino’s side finished the encounter at the Philips Stadion with 10 men having seen goalkeeper Hugo Lloris shown a straight red for a rash challenge late on.

Soon after the Frenchman’s dismisaal, a dominant Spurs side were pegged back to 2-2 after Luuk de Jong converted smartly on the turn.

But for Redknapp, and fellow pundit Jermaine Jenas, Tottenham only had themselves with their hopes of progressing now hanging by a thread. 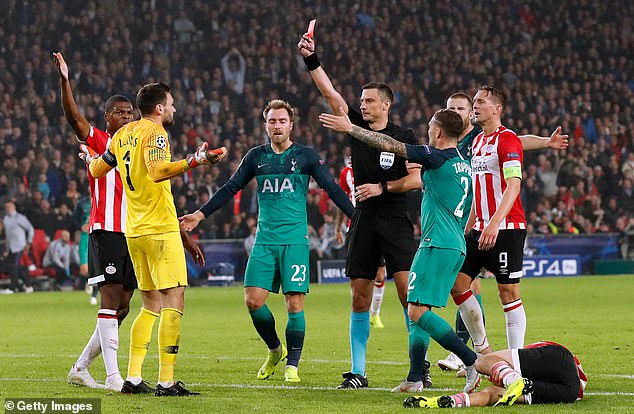 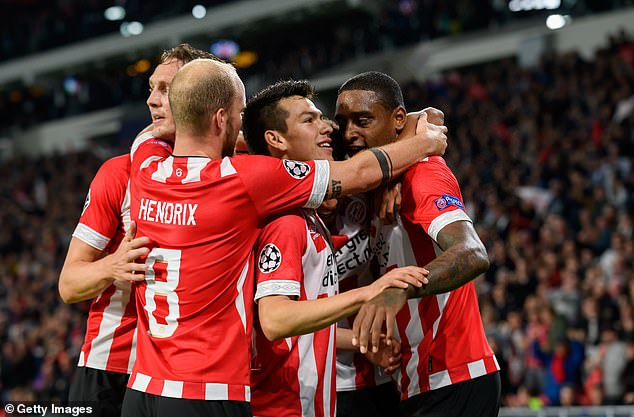 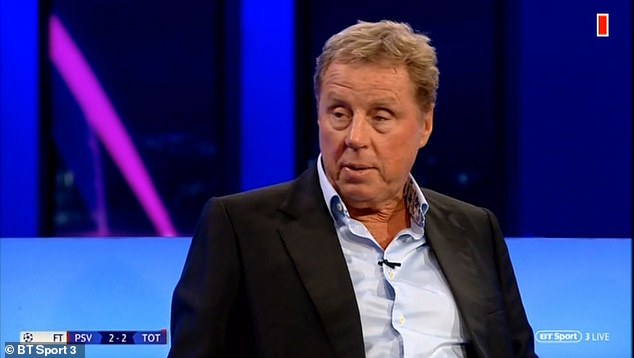 ‘Tottenham were far and away the better team,’ Redknapp said as a pundit on BT Sport.

‘(PSV) are, no disrespect, an average team who wouldn’t survive in the Premier League. It’s very frustrating but it’s the same story as the (Inter) Milan game.

‘Complete control of the game with the points in the bag and then… The game was in their hands.’

For Jenas, who played under Redknapp at Tottenham, he bemoaned the lack of cutting edge but felt one of the biggest concerns was yet another mistake from World Cup winning goalkeeper Lloris. 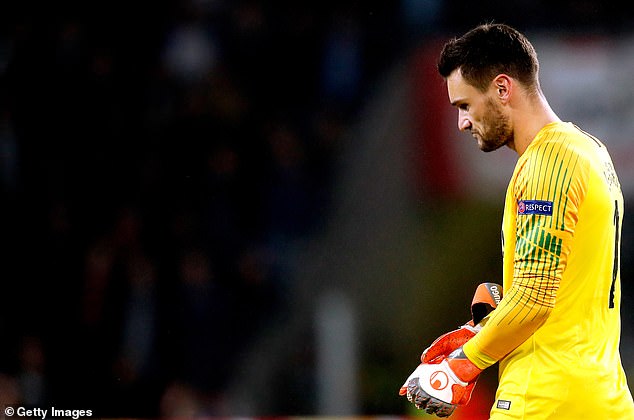 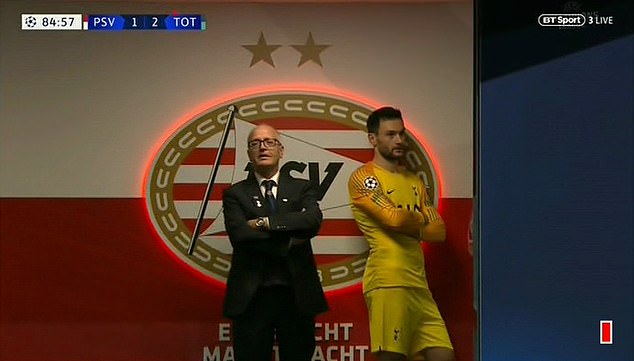 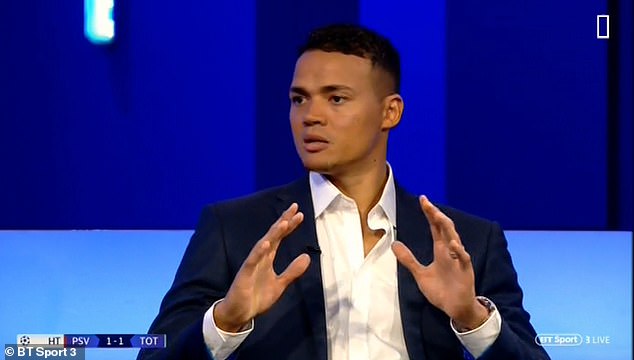 ‘The Hugo situation is slightly worrying,’ he said. ‘It’s happening far too often for the manager’s liking.

‘Part of me is going are there covering defenders? But it’s a very dangerous challenge. His foot is up. He is nowhere near the ball; it’s a bad challenge. It’s dangerous and reckless and it’s one too many I think from Hugo.

‘There was one against Barcelona which was strange that cost them the first goal when (Philippe) Coutinho scored.

‘It’s the decision more than anything. I don’t understand why he has come flying out of his goal. It’s a bad decision.’ 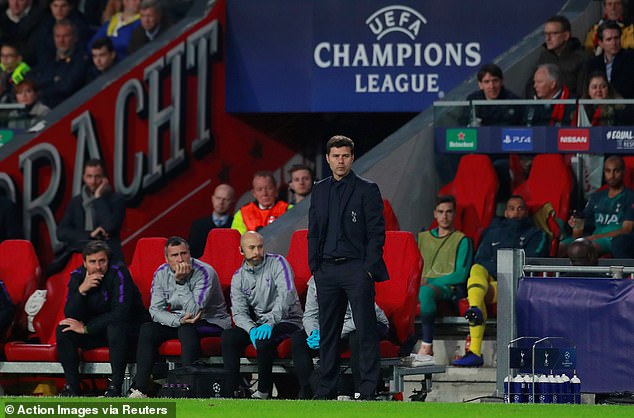 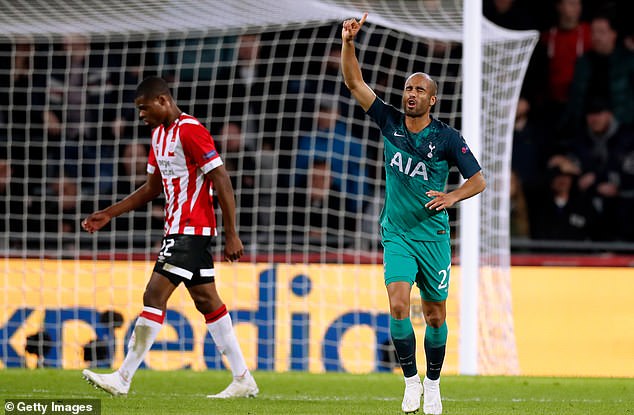 After falling behind, they equalised after an impressive team goal finished off by Lucas Moura

Both sides went into the Group B contest without a point so far and knew only a win would keep alive fading hopes of reaching the tournament’s knockout stages.

Rising star Hirving Lozano gave PSV an early lead, pouncing on a mistake from Toby Alderweireld. But despite seeing a legitimate goal ruled out for offside, Tottenham soon took control and scored twice either side of half-time to take control.

The first was a wonderful team goal finished off by Lucas Moura before Harry Kane netted to put Pochettino’s side ahead for the first time in Holland.

But the equaliser from de Jong was disastrous for a 10-man Spurs side and for Jenas, the north London side only have themselves to blame. 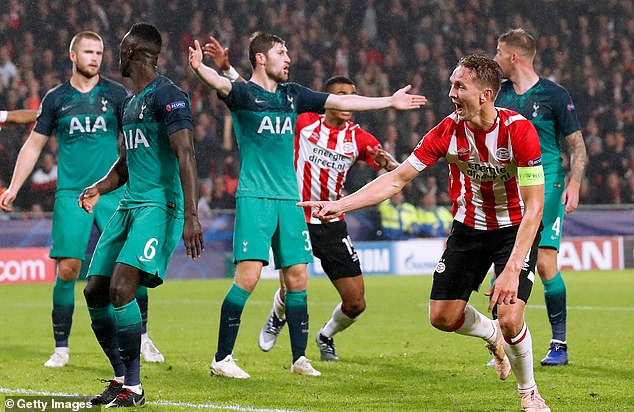 But down to 10 men, PSV punished the Premier League side as Luuk de Jong made it 2-2 late on 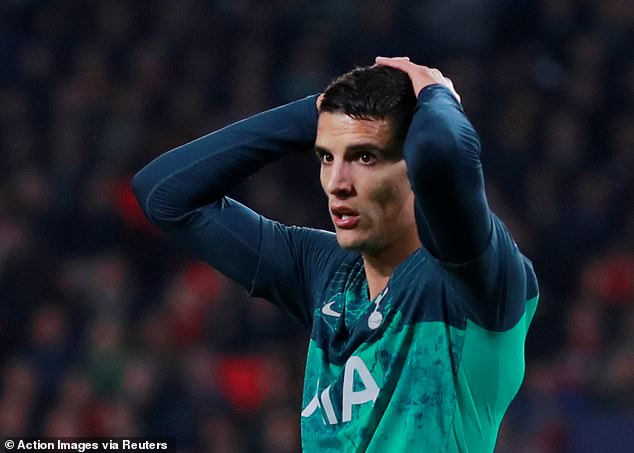 ‘This is Spurs’ fault,’ Jenas said. ‘They have got themselves in this situation. It shouldn’t have even been close. They shouldn’t have been in a position to have needed to complain about a situation like that (offside goal).

‘They are allowing lesser sides back in the game by not being as ruthless as they need to be. It is frustrating they are in the situation they are now in the Champions League because of it.

‘You can put it down to individual mistakes but if you can’t beat teams like (PSV) in the Champions League you aren’t going through.’