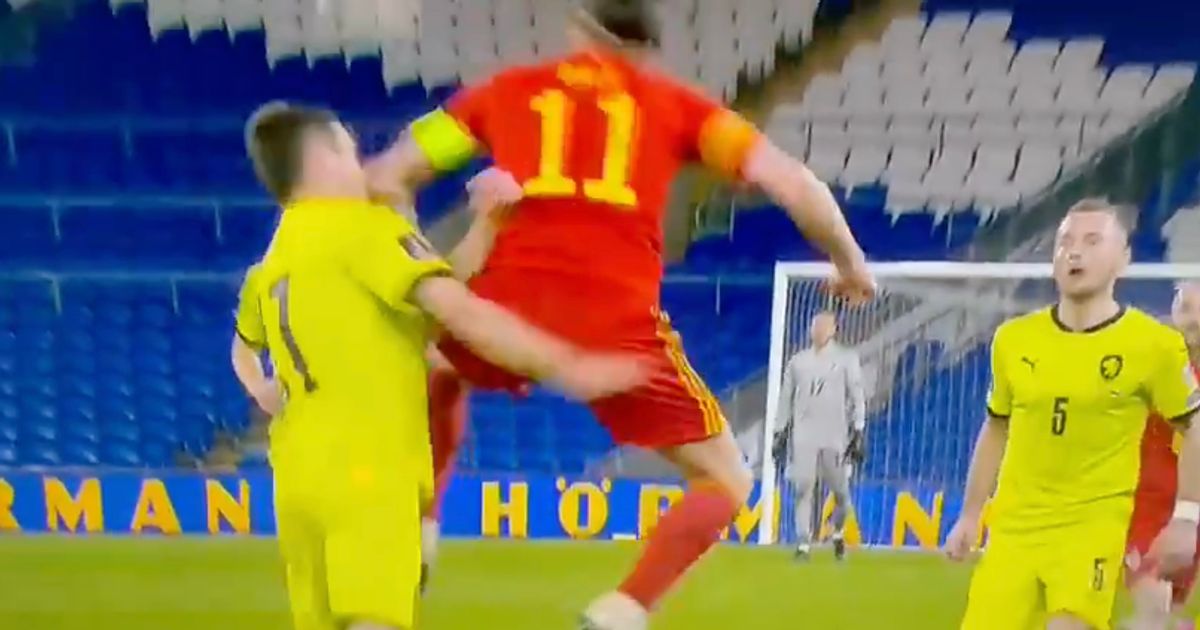 Gareth Bale has earned respect from fans on social media after he elbowed Ondrej Kudela.

Kudela is at the centre of a claim of racist abuse by Rangers ace Glen Kamara with Police Scotland and UEFA both investigating the allegation.

And it left fans praising Bale with Kudela unable to finish the match after being on the receiving end of a swinging arm from the on-loan Tottenham man.

One wrote on social media: “Absolutely lovely elbow from Gareth Bale, take that ya racist ****.”

While another added: “Sore one, how anyone can celebrate this is beyond me. Hope Bale’s elbow is OK.”

And a third commented: “Gareth Bale going out of his way to elbow racist abusers in the face is solid work by Gareth Bale.”

Another put: “It’s a shame that Bale didn't hit that idiot with both of his elbows. I hope Bale didn’t hurt himself there though.”

While one more agreed, continuing: “Gareth Bale elbows racists, continues to be a legend.”

The win over Czech Republic gave Wales their first points of their World Cup qualifying campaign.

Bale said: "We didn't get off to the best start against Belgium so it was massively important to get the win tonight.

"It was a massive result. We showed a lot of heart and desire to match a very physical team.

"It was very chaotic, especially second half, but we were ready and kept going until the end and the most important thing is to get that winner."