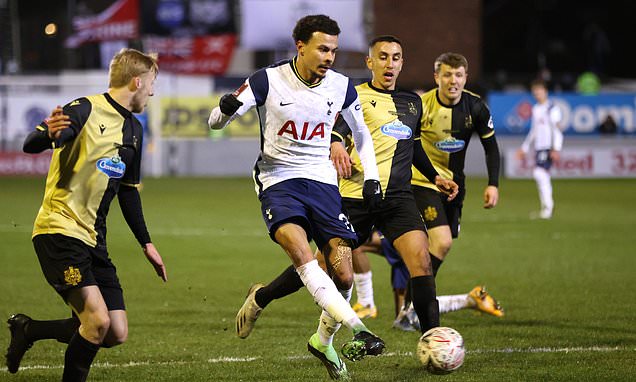 Dele Alli could make his return to the Tottenham fold for their FA Cup trip to Everton on Wednesday.

Midfielder Alli last played in Spurs’s third round win at Marine on January 10 and not featured in any of their last seven games.

More recently Alli’s absence has been due to a muscular problem that has prevented him training with the rest of his team-mates until Monday. 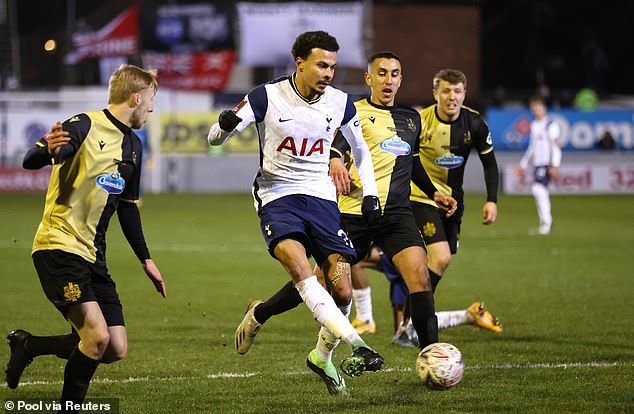 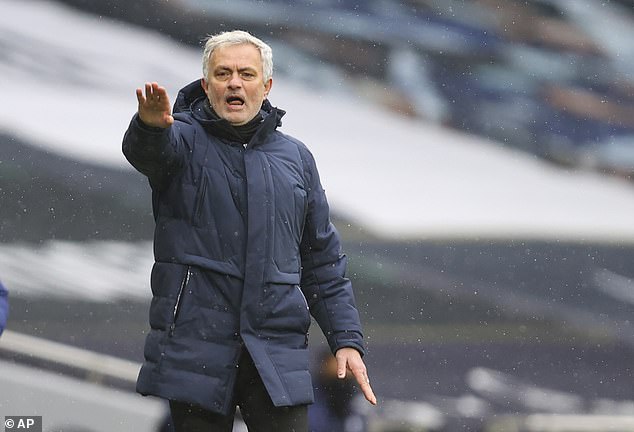 Though Alli had been struggling for game time this season before his injury issues and also saw a potential loan move to Paris Saint-Germain, where he would have linked up with former manager Mauricio Pochettino, fail to materialise during the January transfer window.

Manager Jose Mourinho held talks with Alli last week after it became clear he would be remaining with Spurs for the rest of the season and he could get his first chance to kick-start his Spurs career at Goodison Park.

‘Can he play tomorrow? Well he’s not injured but I’m not sure he can. Can he help us? I believe he can so in terms of having Dele on the bench to come for a few minutes to try to help the team if that’s possible. Something I have to speak to him but I believe he can. 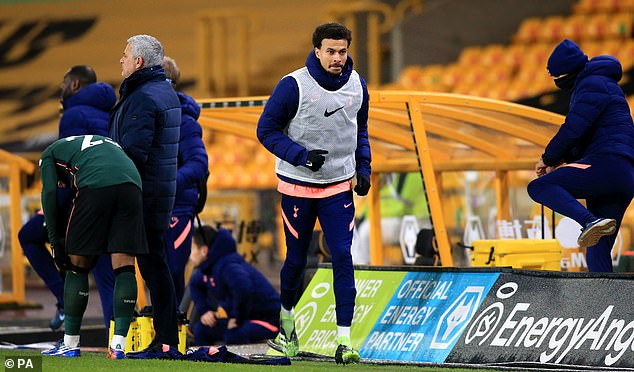 Alli, who has been frozen out, has only featured 12 times for Spurs in all competitions this term

‘In a normal situation he wouldn’t even be considered for tomorrow but with the injuries we have, the number of matches we have maybe we have to accelerate his process and maybe we can but of course I want him to be fully on board and to agree and it depends on his feelings.

‘But if he can be on the bench tomorrow and to come on for 10, 15 minutes and help the team that will be good for us.’

Meanwhile, Mourinho does not expect Serge Aurier to be fit after picking up a calf injury against West Brom, while Sergio Reguilon (muscle) and Giovani Lo Celso (hamstring) will miss out on Wednesday. 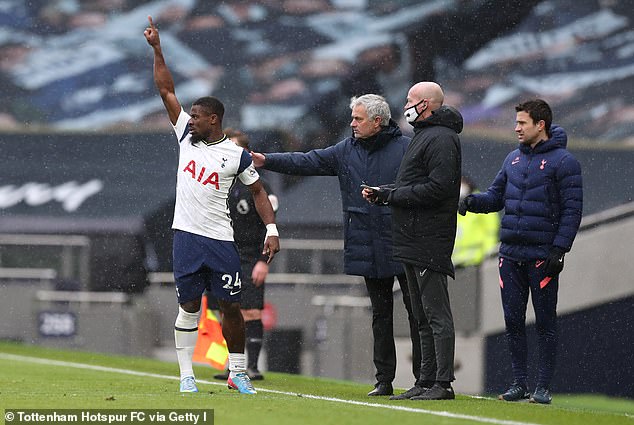