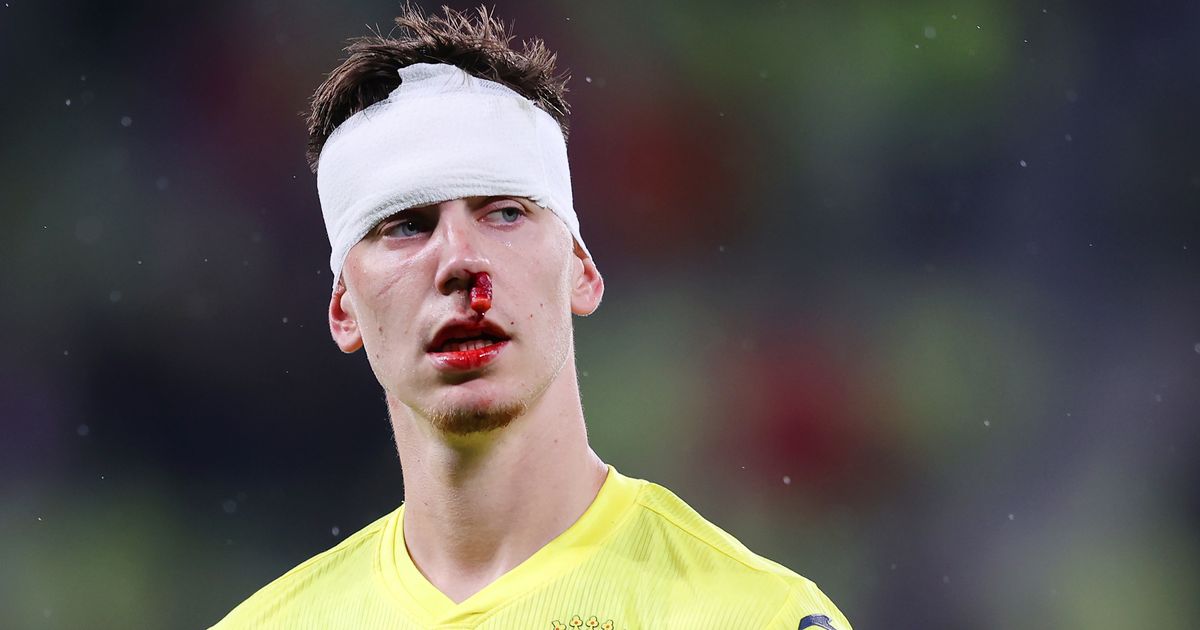 The Spanish club are battling it out with United in Gdansk, Poland, for the second biggest prize on offer in European club football.

They took the lead on the half-hour mark at the PGE Arena, with Gerard Moreno converting from Dani Parejo's inviting cross into the box to break the deadlock.

But after the interval United drew level through Edinson Cavani, who swept the ball home from close range 10 minutes into the second half.

Before those goals, however, Foyth was left with blood pouring from his nose inside the first 10 minutes following a nasty collision with Pogba.

The Argentine defender, who has spent the 2020/21 campaign on loan at Villarreal from United's Premier League rivals Tottenham, slid in and took a whack in the face from Pogba's knee.

Medics rushed onto the pitch to treat his injury and even had the stretcher on standby, yet fortunately that was not required.

After around five minutes of treatment Foyth returned to the field channeling his inner Terry Butcher, donning a thick head bandage with blood still seeping from his nose.

Spurs fans were impressed with Foyth's bravery in Gdansk, taking to Twitter to question why he was allowed to leave the north London club last summer.

One wrote: "How brave to keep playing."

Another commented: "Get rid of [Serge] Aurier and bring Foyth in".

While a fourth put: "Pocketing [Marcus] Rashford with a dizzy head".

Foyth joined Spurs in an £8million switch from Argentinian club Estudiantes back in 2017 and has since racked up 30 appearances for the club, scoring once.