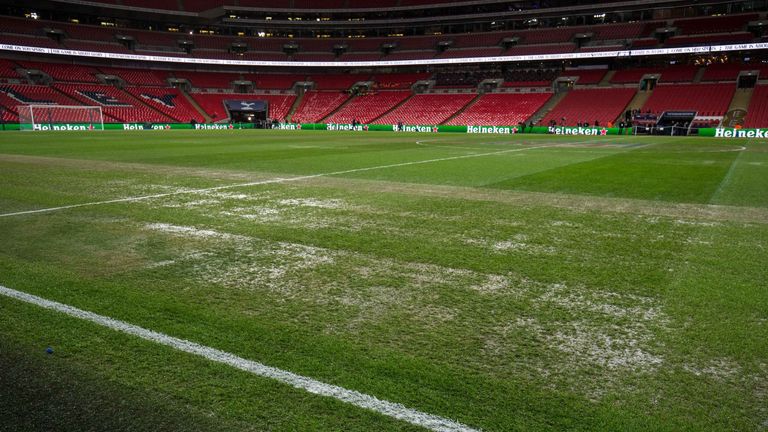 UEFA will carry out its own tests on the suitability of the Wembley pitch for Tottenham’s Champions League match against PSV Eindhoven on Tuesday.

European football’s governing body is concerned about the safety of the playing surface and will inspect it on Monday, the day before Spurs play PSV at Wembley in their Group B game.

UEFA has also requested regular updates from Tottenham over the condition of the pitch following the problems in the defeat to Manchester City which was played just 24 hours after an NFL fixture. 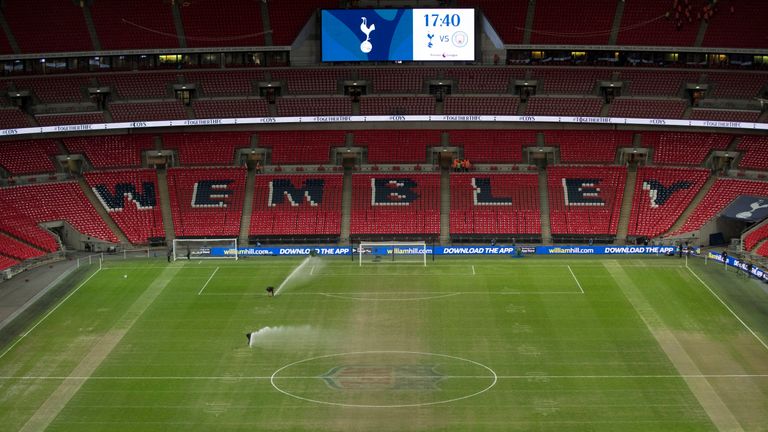 UEFA has told Sky Sports News: “UEFA is closely monitoring the situation at the Wembley Stadium and working together with the club, the Football Association and the management of the stadium, to guarantee safe playing conditions for the upcoming UEFA Champions League match.”

Sky Sports News understands the pitch is not due to be relaid, and the current surface will not have enough time to return to its best with just six days until their next home game at the national stadium against the Dutch champions.

Wembley groundstaff are understood to be working overtime to ensure the pitch is in the best condition it can be for the Premier League club, who still have another six home games to play at the stadium.

But the club were warned and accepted the pitch would be below its peak due to the unscheduled fixtures they have had to take on.