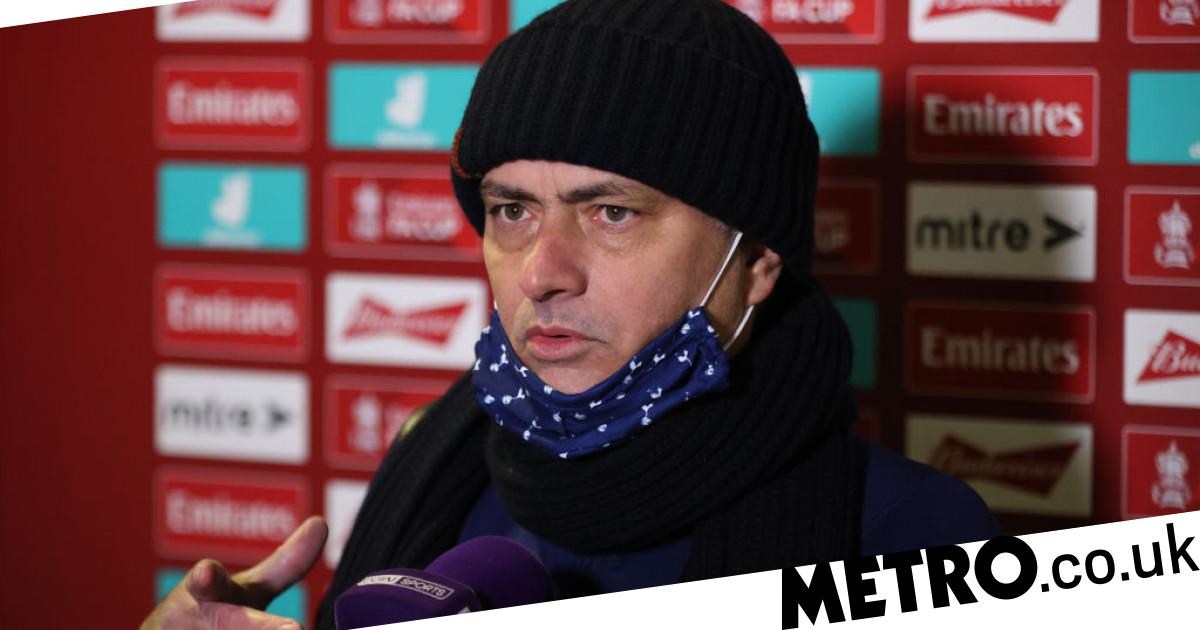 The Premier League are considering postponing Tottenham’s clash with coronavirus-hit Aston Villa on Wednesday and having Spurs play Fulham instead, according to reports.

Jose Mourinho’s side were due to travel to Villa Park in two days’ time for their league clash but the match is in doubt after an outbreak of Covid-19 at the West Midlands club’s training ground, which was forced to shut.

Villa opted to field their Under-23s and Under-18s in Friday’s FA Cup clash with Liverpool, rather than risk forfeiting the tie.

But Premier League rules are different and teams can postpone fixtures if they do not have 14 fit and available first-team players – a luxury Villa are not thought to have after nine players tested positive for coronavirus less than 10 days ago.

The problem for Tottenham, though, is that they have already had a match postponed this season when Fulham were unable to fulfil their fixture due to their own coronavirus outbreak.

With Spurs still competing on four fronts – the Premier League, FA Cup, Carabao Cup and Europa League – they are likely to have no free midweeks in which to play a second postponed match.

As a solution, The Athletic report that the Premier League are trying to replace Spurs’ clash with Villa with their postponed game against Fulham – though the game would take place in barely 48 hours’ time and the Cottagers are less than impressed by the proposal.

Scott Parker’s relegation-battling side played on Saturday in the FA Cup and are due to play Chelsea on Friday night, with the Premier League suggesting that match at Craven Cottage is pushed back by one day.

Fulham’s players have been told to prepare for the possibility of playing on Wednesday, while Mourinho seemed adamant after Spurs’ FA Cup win over Marine that his side would be playing in midweek.

Asked when he expects to be in action next, Mourinho said: ‘Wednesday. Nobody told me that I’m not going to play so [on Monday morning] we start to prepare for that game, and the same Tuesday unless somebody tells us different.’