Tottenham are set to make a decision on the future of Dele Alli ahead of the January transfer window as the England international considers his future in north London. The attacking midfielder has endured a difficult campaign after falling out of favour under Jose Mourinho and now a chance to reunite with former boss Mauricio Pochetttino at Paris Saint-Germain is a genuine possibility.

PSG failed with three loan offers for Alli in the summer transfer window but they are expected to return for the 24-year-old in the New Year.

Alli was integral to Mourinho’s plans ahead of the new season before he was hooked at half-time on the opening day of the campaign against Everton.

From that point, it appears Alli and Mourinho have not seen eye to eye with the Special One reluctant to hand the former MK Dons man opportunities.

Pochettino is expected to be confirmed as the new PSG boss in the coming days and he formed a close relationship with Alli during their time together at Tottenham.

UST IN: Five European wonderkids Man Utd, Liverpool, Chelsea and Arsenal should have on radars 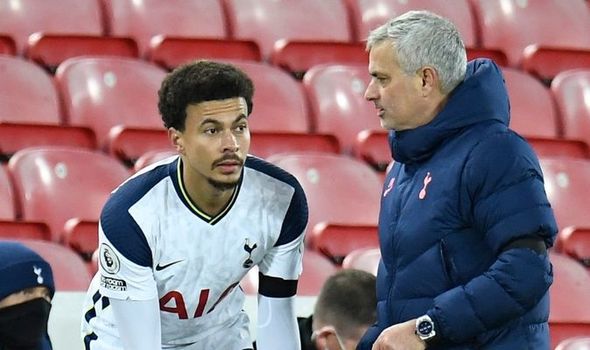 Should Daniel Levy allow Alli to leave the club in January, Mourinho already has his sights set on a replacement.

According to the Evening Standard, RB Leipzig’s Marcel Sabitzer is on Tottenham’s shortlist.

He’s a player Spurs know well after his double helped sink them in the Champions League last 16 before lockdown earlier this year.

The Austrian is believed to be interested in the prospect of playing for Tottenham, particularly under Mourinho.

Sabitzer has around 18 months left on his current deal, which is due to expire in the summer of 2022.

He’s an option that the Tottenham hierarchy have considered before and if Alli does depart, a move is expected.

Ultimately, any decision may boil down to Mourinho’s verdict on Alli and whether he believes there is a way back for him at Tottenham.

The Spurs boss is now getting the best from Tanguy Ndombele, who looked destined to leave the club after a lacklustre debut campaign. 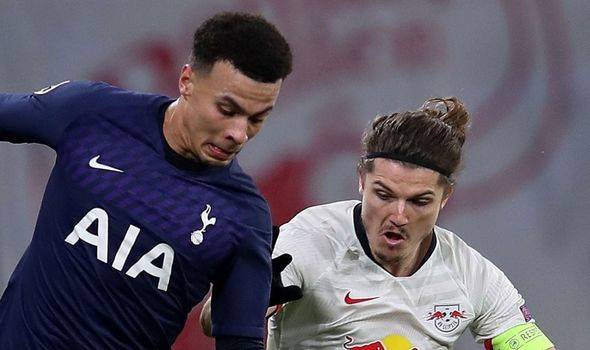 His situation may offer hope that Alli can still turn things around and fulfil his potential at Tottenham under the former Chelsea and Manchester United boss.

Alli was furious last week when he was subbed by Mourinho in the 3-1 Carabao Cup win at Stoke.

After the game, Mourinho hit out at Alli’s nonchalant flick which went on to cost his side a goal.

“A player in that position is a player that has to link and create and not to create problems for his own team,” said Mourinho.

His scathing comments suggest the end is nigh in north London for the Tottenham fan favourite.